Bishoujo Storm Is A Striking Addition to the Collection 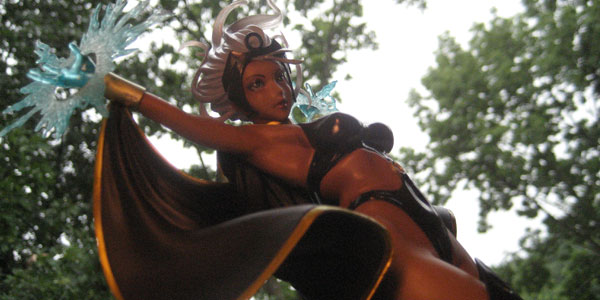 The X-Men’s weather-controlling heroine makes her debut in Kotobukiya’s Marvel Bishoujo collection with one of the company’s finest statues yet.

One of the recent additions to Kotobukiya’s ever-growing Marvel Bishoujo collection is Storm, and while her initial art design may not have been the flashiest piece by master artist Shunya Yamashita, but the final sculpt by Koutarou Takeuchi may be one of the best Bishoujo pieces released so far.  Based on Ororo Monroe’s original costume from the All-New, All-Different X-Men, Storm rises into the air on a wind current base, her arms outreached toward the sky about to conjure up the forces of nature to help her. It’s a perfectly fitting pose for the mutant hero, and as is typically the case with Kotobukiya’s work, the sense of motion on display in this statue is amazing.  From her billowing cape to the locks of hair windswept over her face, every aspect of Storm looks as if she is actually flying in the midst of a windstorm. It’s a great effect and adds a very dramatic sense of dynamic energy to the overall piece. 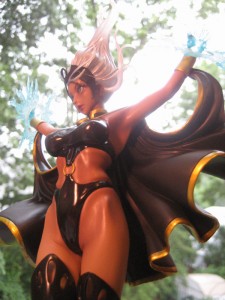 Storm’s windstorm base is cast in translucent blue plastic and makes for a logical stand for the weather-powered Goddess, and the mini-tornado supports the figure well while also taking up only a small amount of horizontal space, meaning the Storm statue can fit on virtually any shelf.  To match the translucent base, Storm also includes an alternate set of hands which are cast in the same translucent blue and are encircled in halos of lightning, simulating Ororo’s ability to conjure lightning. I love the concept of alternate parts and I’m very glad Kotobukiya has introduced this feature into their Bishoujo collection, but the lightning hands look so impossibly cool I can’t imagine anyone who would prefer the neutral hands over these.

Not only is the sense of motion captured perfectly in this sculpt, but Storm also features a very nice “pretty girl” portrait, which fits perfectly with her headdress and upward-flowing hair. Each Bishoujo statue is an entirely unique sculpt, with no reused parts, and it’s commendable that the team at Kotobukiya really take advantage of this by developing very different body types for each of their characters. Storm’s proportions are vastly different than Sue Storm’s or Black Cat’s, and it adds to the overall realism of the collection that none of these women are built on a base buck.  The variance of height, weight and proportions amongst the women of the Marvel Bishoujo collection make for a very diverse and realistic display piece when they’re all together. 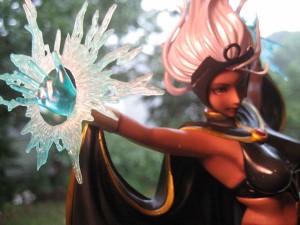 Storm’s 70’s costume was a wise choice for her costume here, as the two-piece designed by David Cockrum is still her most iconic look, even almost 40 years later.  The costume is handled well, with the gorgeous cape full of motion, and the thigh-high boots, which are recessed nicely to convey the dimensionality of the flare at the top of each boot.  My only issue is the layout of the lower half of Storm’s two-piece– in the original costume, Ororo’s lower half is a hip-hugging bikini bottom, but the cut of this piece sits much higher on her Bishoujo figure. It seems the change was made mostly to accentuate Storm’s well-sculpted hip bones, but after years of seeing the costume laid out as it is in the comics, the slight difference here seems more jarring than it should.

I wasn’t entirely sold on Storm based on her original concept art, but I shouldn’t have doubted Kotobukiya’s abilities. With a great costume choice, a fantastic pose and a phenomenal sense of movement and action throughout the sculpt, Storm is a very worthy addition to the Marvel Bishoujo collection.  Storm is available now through Kotobukiya. Click Here to head to Koto’s US store, where you can pick up Storm and many other awesome Bishoujo collection statues. 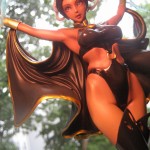 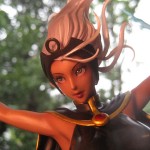 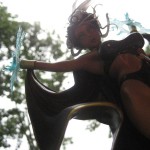 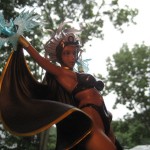 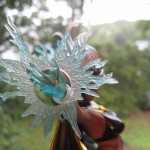 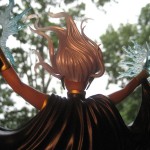 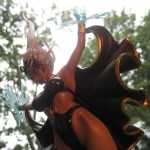 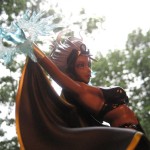 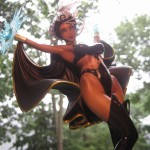 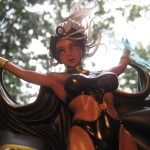 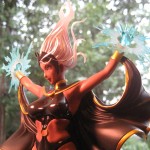 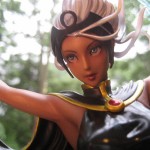