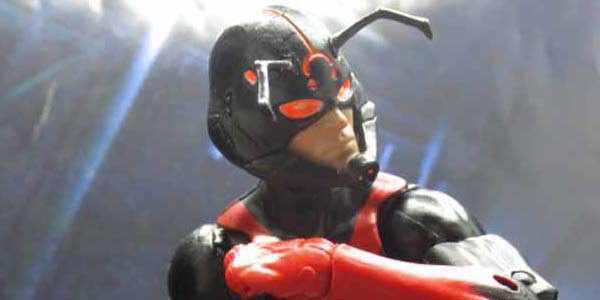 Hasbro delivers with the first figure based on the third Ant-Man.  Or maybe it’s just his Life Model Decoy? I’m confused.

A few years ago, I never would have suspected Walgreens would become a major player in the collectible toy game, but here we are– for the second year in a row, the drug store is carrying their own, exclusive Marvel Legends action figure.  The newest release is an addition to the Ant-Man Legends line, in the form of Eric O’Grady, the Irredeemable Ant-Man.  Featured in his Secret Avengers/ Black Ant costume, O’Grady makes for a pretty great figure.

This Ant-Man makes wise reuse of the current Spider-Man buck, which has a lean, trim design that befits a guy who is, in essence, a lowly SHIELD agent in the right place at the right time.  The body type works well for the less super hero-ish O’Grady, and integrates perfectly with the great new headsculpt, complete with a great rendering of the iconic Ant-Man helmet.  I cannot see this sculpt not being reused in the future for a classic Hank Pym Ant-Man, but in the meantime, it’s a great sculpt to debut for this new hero.

Black Ant gets his name from his somewhat unique color scheme– his outfit inverts the traditional Ant-Man colors with a black base suit and red highlights, which are applied smooth and crisp on the slender frame of the figure.  In addition to the helmet, an all new belt adds a dimensionality to the figure, keeping him from appearing too flat and samey.  The somewhat subdued two-tone uniform is offset brilliantly by the stylized paint apps on the eye holes and crest of the helmet.  These areas feature two tones– a florescent orange and bright yellow– which really pop against the black finish of the helmet itself.

This uniform was featured in Secret Avengers, mostly, although it was eventually revealed that Black Ant was, in fact, a Life Model Decoy of O’Grady himself.  As such, I guess it’s up to semantics whether this figure marks the debut of Eric into the Legends collection, or just his robotic clone.  Either way, the Black Ant is an eye catching figure, whose exclusivity only adds to his appeal.  Black Ant is showing up now at Walgreens stores around the nation.  Do yourself a favor and pick him up when you see him; you won’t regret it! 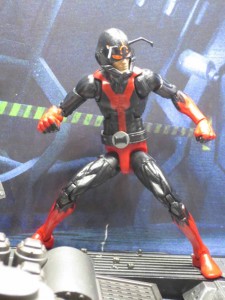 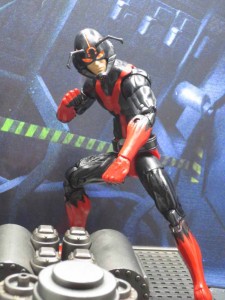 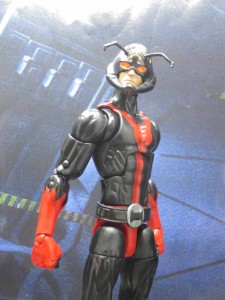 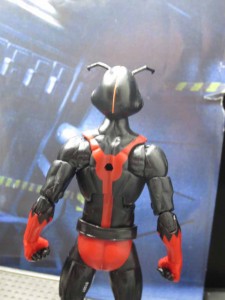 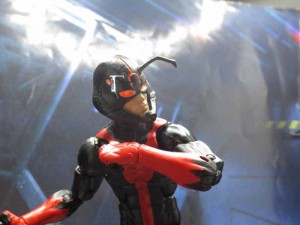 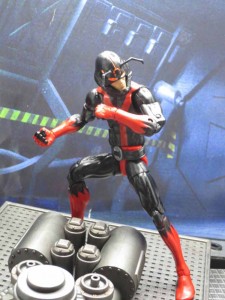 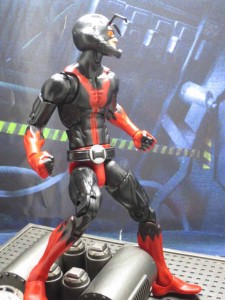 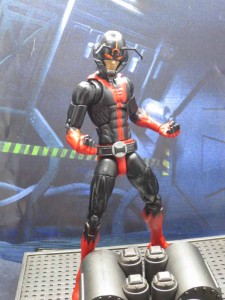 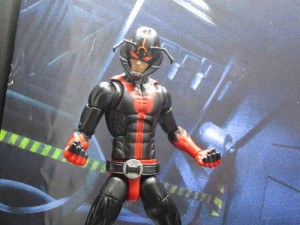 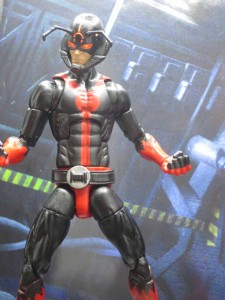