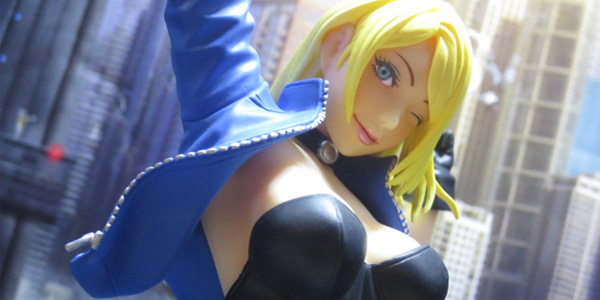 It’s taken a while for Black Canary to join Kotobukiya’s Bishoujo Collection, though not for a lack of trying.  Master illustrator Shunya Yamashita’s concept art was designed years ago, when the siren super hero was first announced, but her statue has long been in development.  The commendable attention to detail and quality that are reflected in Kotobukiya’s excellent products held Black Canary back, as they took this sculpt back to square one several times to ensure they got her just right.

Finally, in late 2015, the Canary was ready to fly.  Kotobukiya released the standard edition of the DC hero, as well as a surprise reveal– they had teamed up with Action Figure Xpress to offer an exclusive variant Black Canary, featuring her classic colored costume, complete with blue jacket and leggings.  I’ve been looking forward to adding Black Canary to my Bishoujo Collection for a while, and when I saw the AFX variant, I knew this as the version I wanted.

Let’s start with the sculpt, which is identical for both the standard and AFX editions of the statue.  Black Canary stands with her hips askew, arms stretched over her head, as she limbers up for a moment before undoubtedly kicking some bad guy’s ass.  The confidence and control within this sculpt are perfect for the character, harkening back to the iconic “knuckle cracking” comic book cover by Adam Hughes.  There’s a great sense of motion in the flow of Canary’s hair and the billowing of her jacket, which make the statue feel energetic, while the winking eye sets Canary apart from the previous DC Bishoujo “pretty face” girls we have seen in the past.

Black Canary’s costume is, arguably, best know for her fishnet stockings, and Kotobukiya’s figure renders these as actual mesh stockings, on top of the PVC legs.  It’s the same mixed media approach they used for Zatanna’s stockings, and it works incredibly well, because they managed to keep the weave of the fishnets in scale with the roughly 8″ figure.  As a result, the stockings add a great texture and depth to the final statue, without looking at all out of place, or threatening to impede the sculpt. 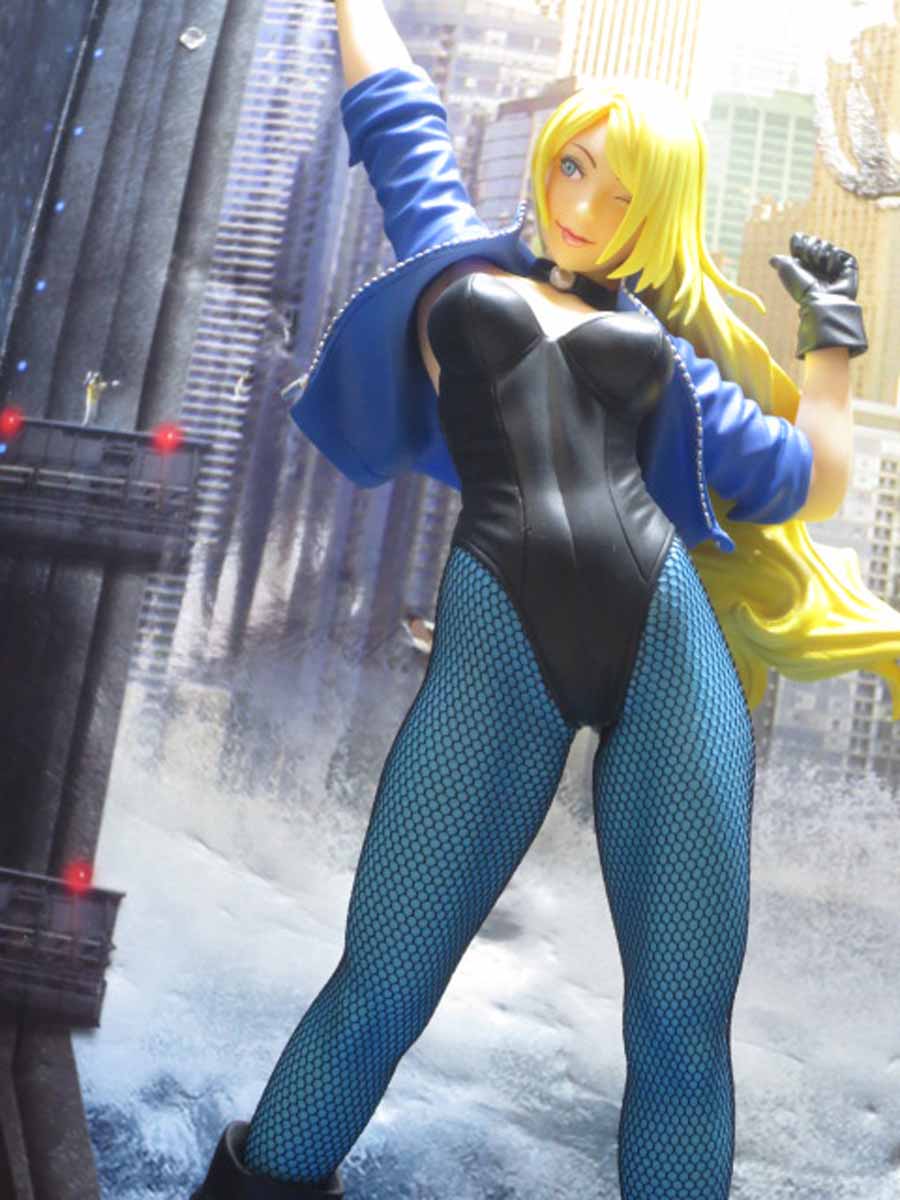 I opted for the classic variant edition of Black Canary.  The standard edition is pretty cool in her own right, portraying the character in her more contemporary all-black outfit with nude legs.  Which color variant is best?  I think that’s entirely based on your own prerogative.  There have been a few predominantly black-clad statues in Kotobukiya’s Bishoujo Collection in the past, so I welcomed the opportunity to add some more color to my display with the classic Black Canary.  But both paint apps are well-applied, and create a unique and different look for the statue.  It really comes down to a matter of personal opinion, whether you opt for classic or modern.

Both Black Canary’s are great statues, and feature a matching base which emulates the circular pattern of her sonic screams.  Cast in translucent plastic with blue painted highlights, this base captures the same effect often seen in Black Canary’s comic book appearances, while taking up minimal shelf space due to its condensed, circular design.  It brings the full sculpt together in a perfectly character appropriate way, and makes Black Canary one of the best statues we’ve seen to date in Kotobukiya’s DC Bishoujo Collection.  It’s been a long road to bring Black Canary to this series, but the great end result proves that sometimes, good things are worth waiting for.

The standard edition Black Canary Bishoujo is available now at Kotobukiya’s website and specialty retailers.  The classic colors variant is available via Action Figure Xpress.  Their website is under development at the moment, but if you can’t wait you can order their exclusive Black Canary by contacting them on Twitter. 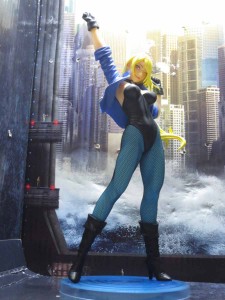 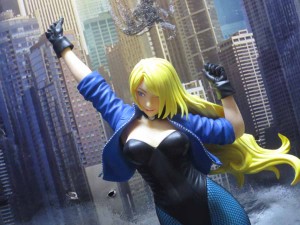 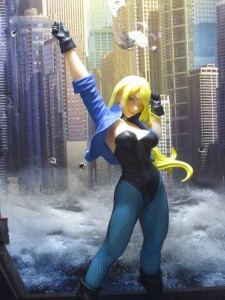 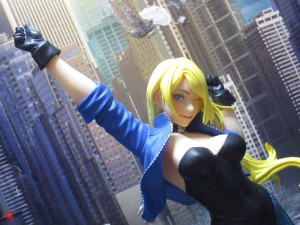 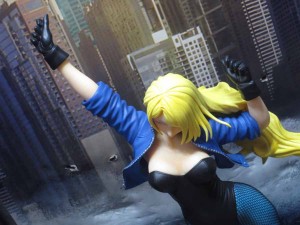 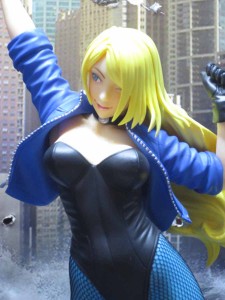 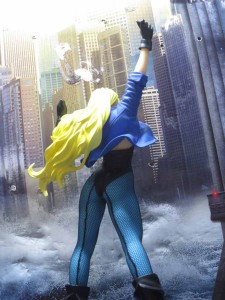 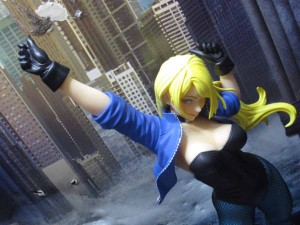 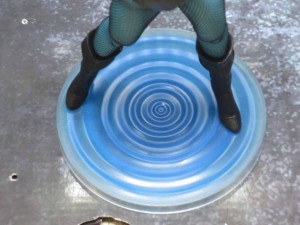 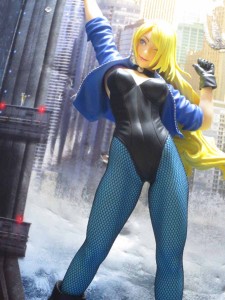 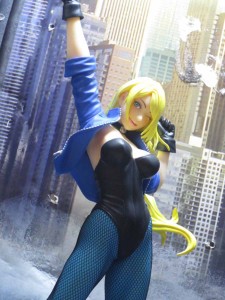 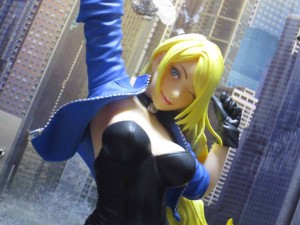 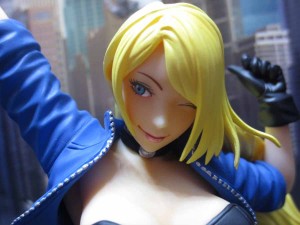 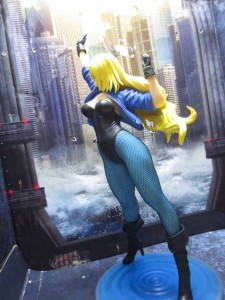 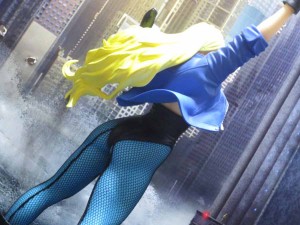 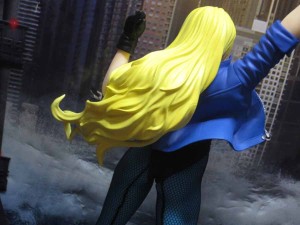 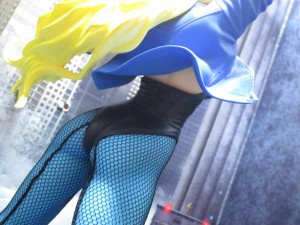 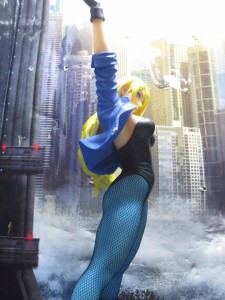 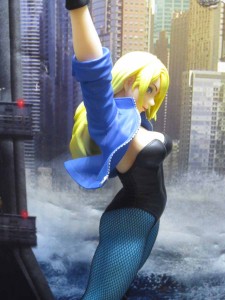 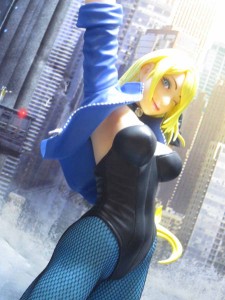 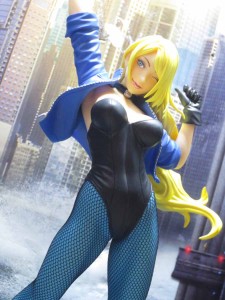 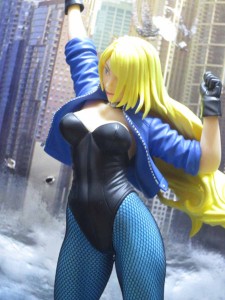 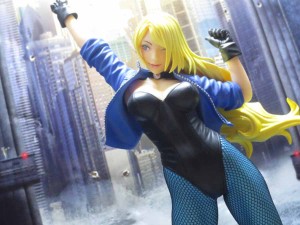 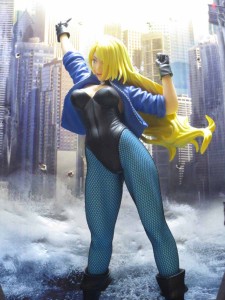 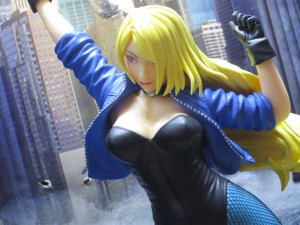 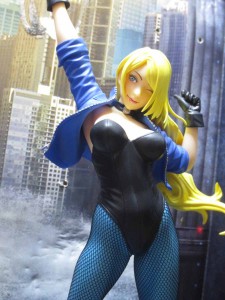