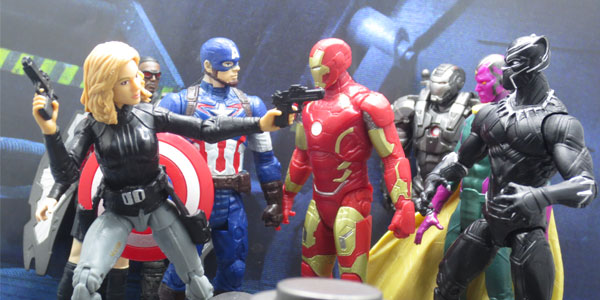 We haven’t seen a proper 3.75″ Marvel movie toy line from Hasbro in a few years, but they’ve still managed to release some great new toys as retail exclusives and one-off ox sets.  That trend continues with the new Toys R Us exclusive Civil War two-packs, one of which features great all new 3.75″ action figures of Black Panther and Sharon Carter (Agent 13).

Both figures fit in very well with the previous 3.75″ Marvel cinematic figures, and feature great sculpts and a decent range of motion.  I wouldn’t exactly call them super articulated, but they’re in line with the structure we’ve seen from figures in Hasbro’s Avengers and Winter Soldier lines– ball necks, shoulders and hips, double jointed knees, half-ball elbows and rocker ankles.  Despite the lack of torso articulation, both figures are still easy to pose, and they make for fun additions to this long-running collection. 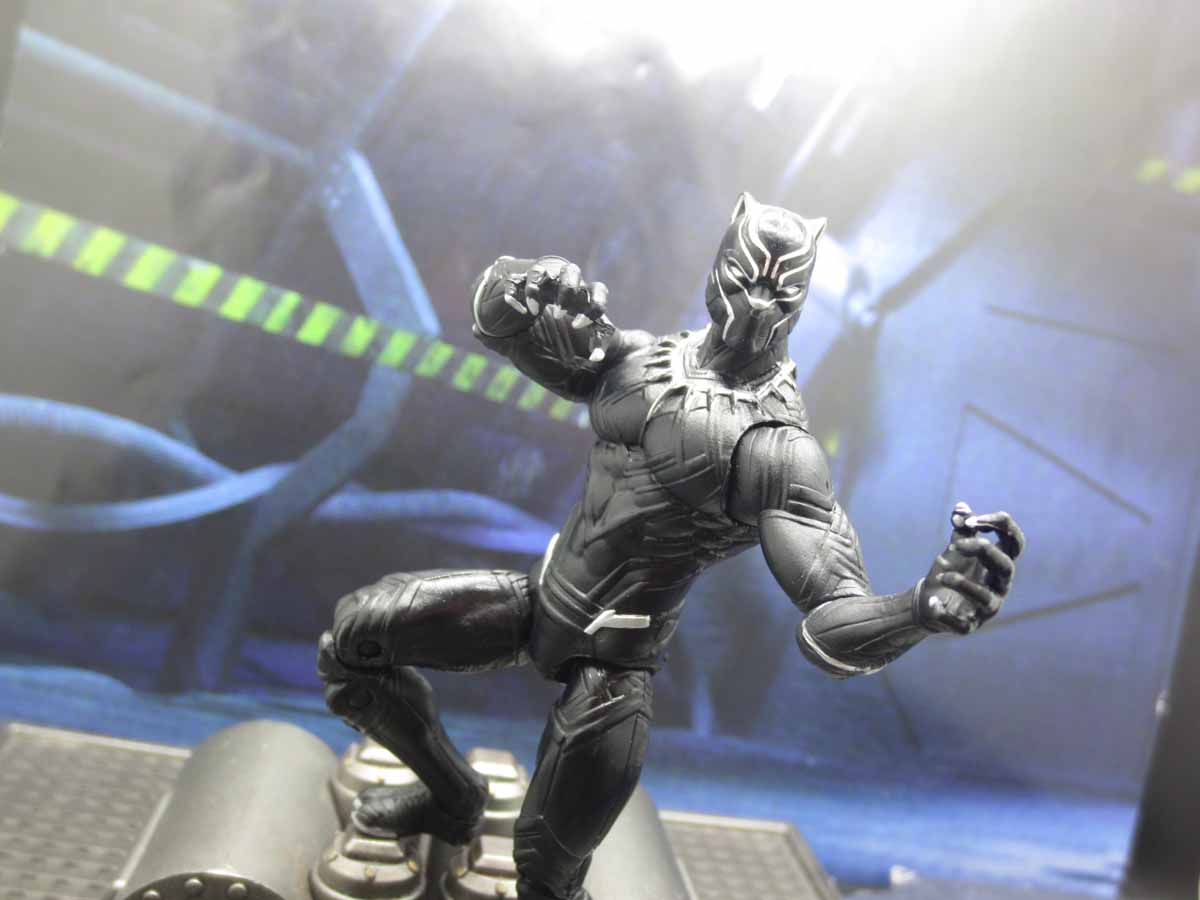 I’m really impressed by both sculpts.  Panther is all new, and it’s impressive how much screen accurate detail Hasbro’s team was able to pack in a figure this size.  The sculpted patterning on his costume, along with the silver accents, help to make what could have been a drab, monochromatic design into a truly exciting toy.

Agent 13 makes smart reuse of some parts from the Avengers Black Widow figure, along with a new torso and head.  The new sculpting fits in seamlessly with the old tooling, giving Sharon a unique look, while still maintaining a good sense of continuity with other figures in this series.  The portrait of Emily VanCamp is actually great, as her likeness really shines through in this headsculpt. 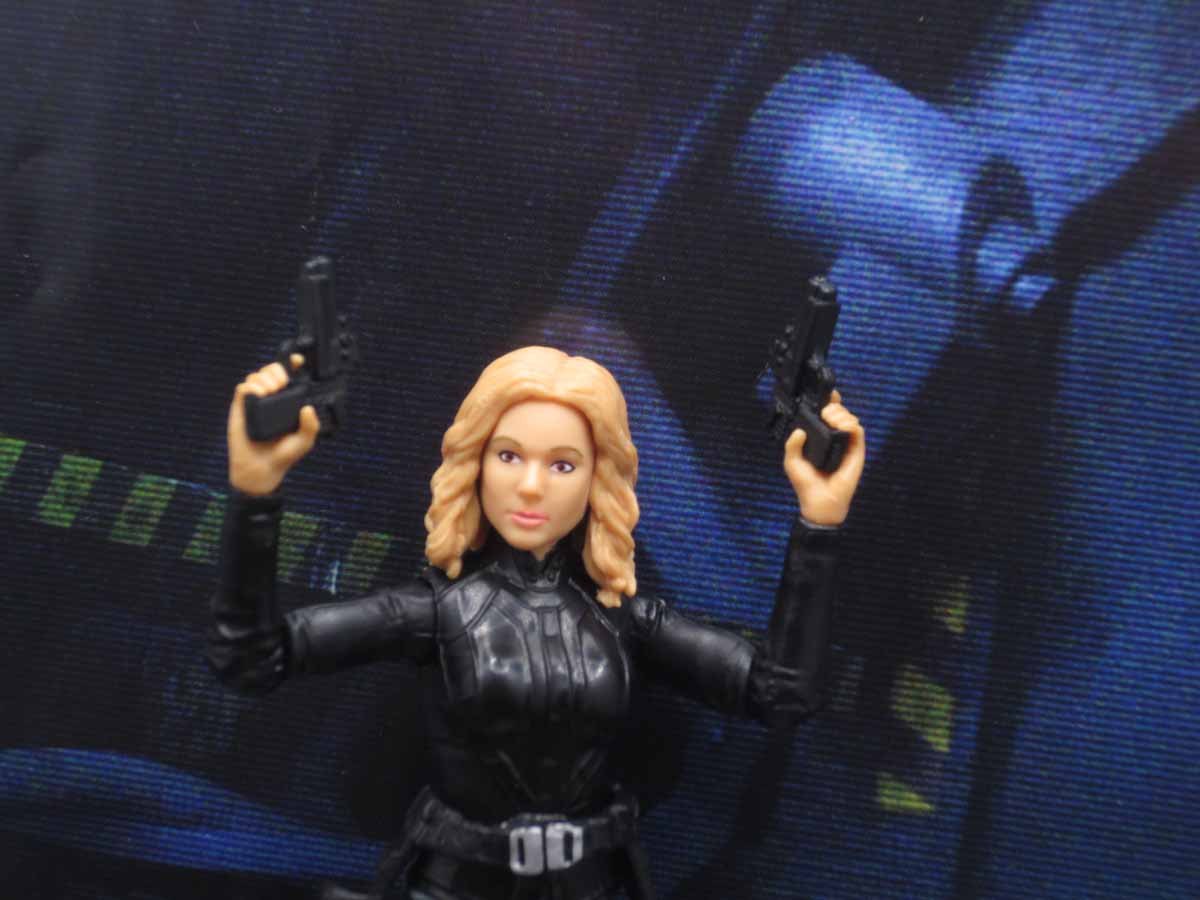 Even without a traditional retail toy line in this scale, Hasbro has still managed to release some 3.75″ gems based on Civil War, between this two-pack, the deluxe Captain America with Motorcycle, and the upcoming deluxe Falcon with Red Wing.  The Black Panther/ Agent 13 two-pack is one of two new TRU exclusive sets, the other, strangely, featuring comic-themed Ultimate Captain America and Marvel Now! Iron-Man figures.   This line seemed like the perfect opportunity to release an in-scale Iron-Man Mk-46, along with an easy repack of the motorcycle Cap, but Hasbro went in a different direction for the two leads. 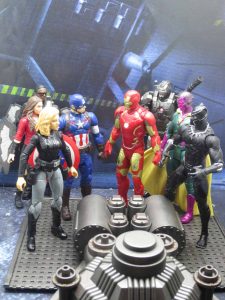 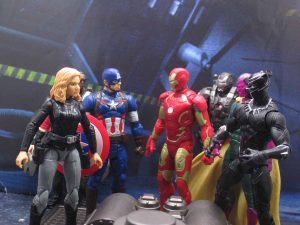 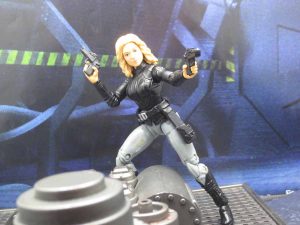 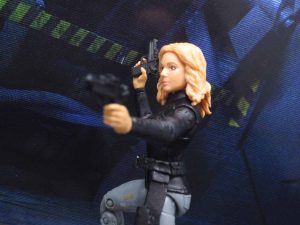 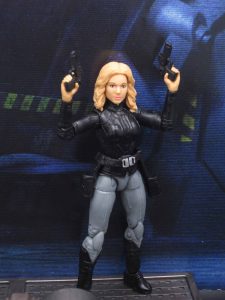 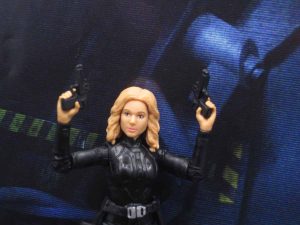 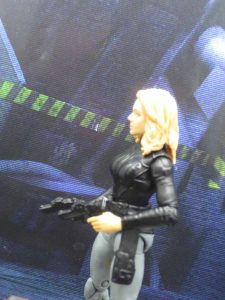 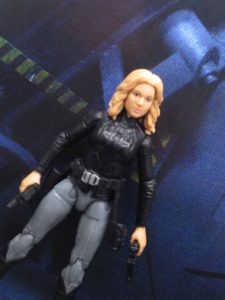 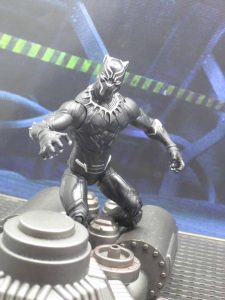 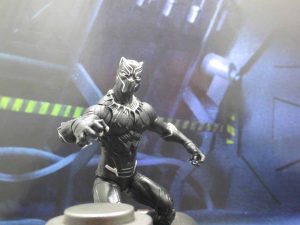 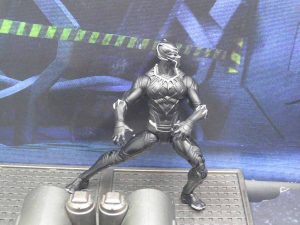 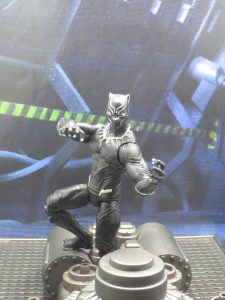 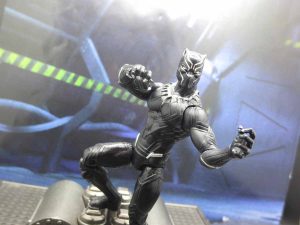 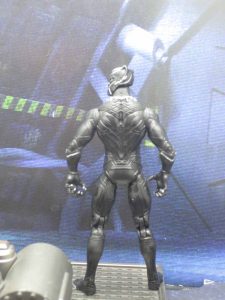 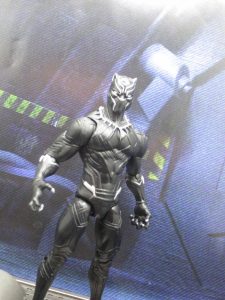 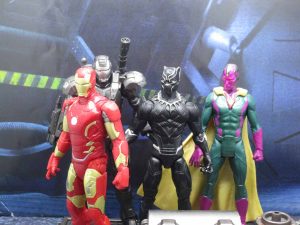 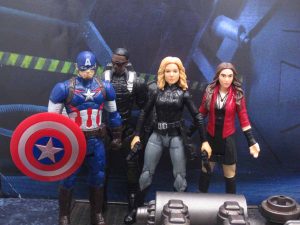 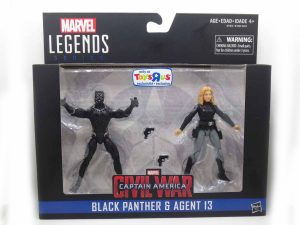 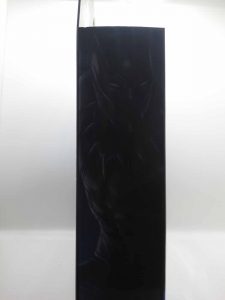 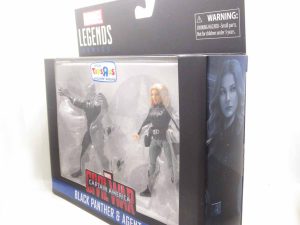 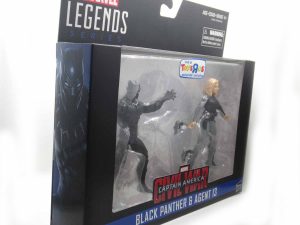 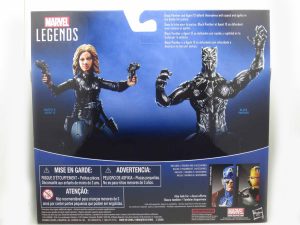 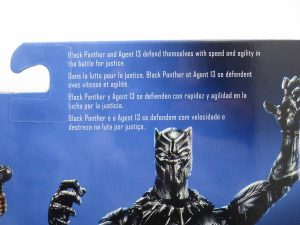 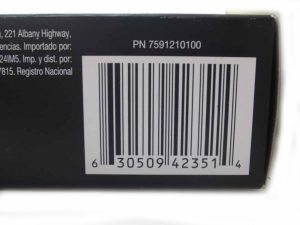