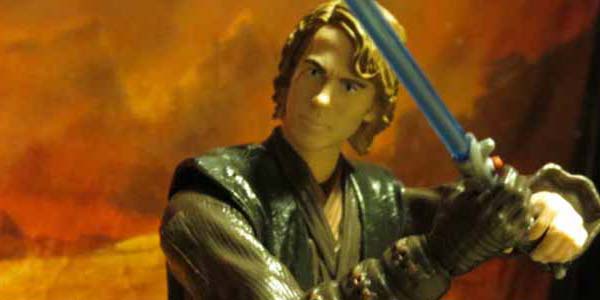 The anti-hero of the much maligned Star Wars prequels still makes a great addition to the 6″ Black Series.

I haven’t seen the Star Wars Prequel Trilogy since Revenge of the Sith came out nearly ten years ago.  It’s not just that I hated the movies, they soured me to Star Wars as a thing– I was ready to walk away.  And I stayed away for years, until Hasbro started pulling me back in last year with their quite excellent 6″ Black Series, delivering definitive larger scale action figures of some of Star Wars’ heaviest hitters.  They’re great toys, and I jumped in way, way deeper than I had anticipated.

Then they got me further, making very nice toys of not very good prequel characters like Darth Maul and Ewan McGregor’s Obi Wan Kenobi.  I hated these characters, and hated their source material… but Hasbro’s design team did such a great job giving them the toy treatment, I had to pick them up regardless.  Such is the life of a toy enthusiast, I guess.

That same mentality applies to Anakin Skywalker, the Revenge of the Sith inspired figures in the latest wave of the Black Series.  And once again, Hasbro nailed it!  The all-new sculpt is beautifully rendered, rich with subtle texture on Anakin’s leathery tunic and flowing robes.  The intricate patterns on the former Jedi’s boots, gloved robot hand and belt are wonderful, and the overall visual impact of the figure is perfect.  He’s highly poseable and strikes a hell of a silhouette. 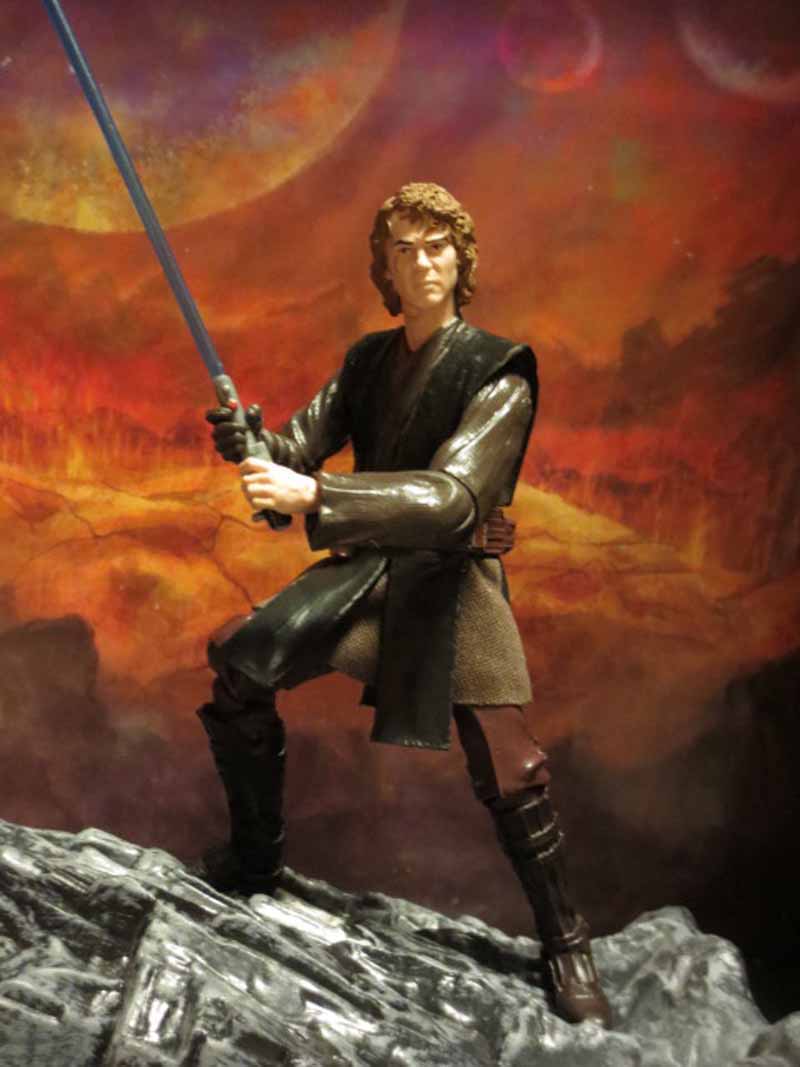 On top of this, the Hayden Christiensen portrait is one of the best we’ve seen in this series… both of them!  Anakin comes packed with a second, post-Sith conversion head, which can be easily interchanged with his standard one.  The sculpt on both is unique, with the Sith Anakin sporting messier, unkempt hair, in addition to his red pupils and pained face.  Some extra paint apps to shadow under his eyes would have completed the effect, but as it stands you can tell this is clearly evil Anakin, as soon as you look at it.

Anakin also includes his lightsaber, again with a removable blade so the hilt can be stored on his belt.  It’s a smart feature which makes for great display options.  He can easily hold the saber in one or bath hands, and the wrist hinges and arm articulation lend themselves to some great duel-ready positions.  Like his mentor turned enemy Obi Wan, Anakin also features a soft goods robe below his belt, which blends in well with the plastic robes sculpted on his chest, and allows a great range of motion from his hips.

Speaking of Obi Wan, he and Anakin look great together, both as friends, or pitted against one another in their fateful duel.  I may not have a great affinity for these versions of the characters, but the level of detail and attention given to this figure shows someone on Hasbro’s design team clearly does.  The Black Series Anakin Skywalker figure is infinitely cooler than his big screen counterpart, and I honestly can’t think of a better compliment than that.

Anakin and the rest of the Black Series Wave 4 are in stock now at Mike’s Comics N Stuff. Click Here to order yours today. 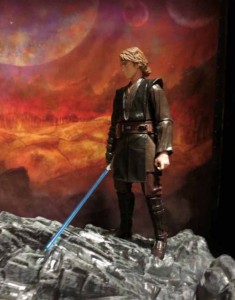 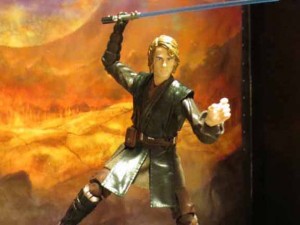 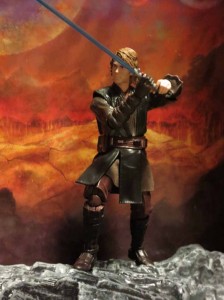 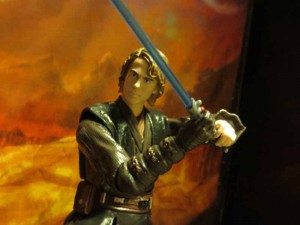 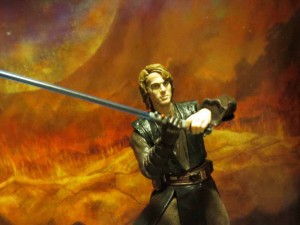 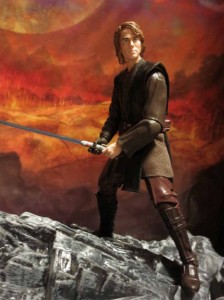 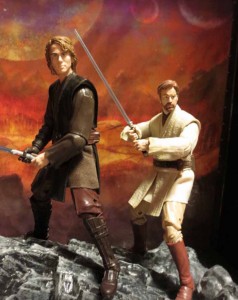 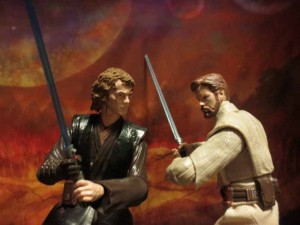 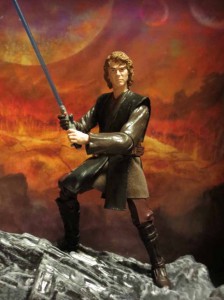 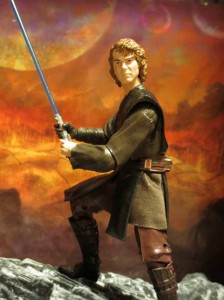 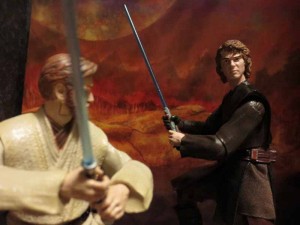 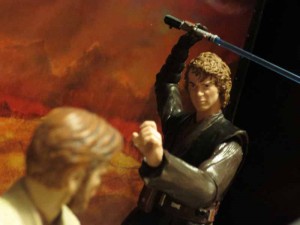 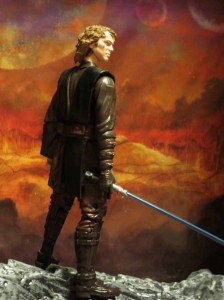 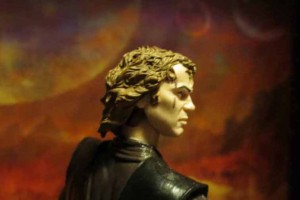 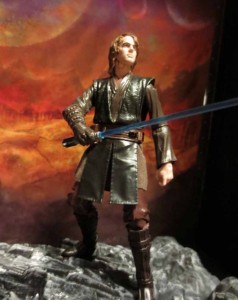 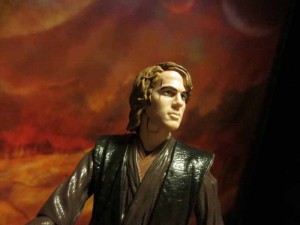 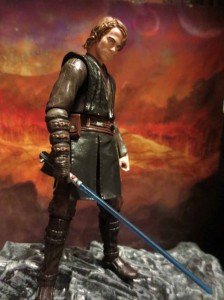 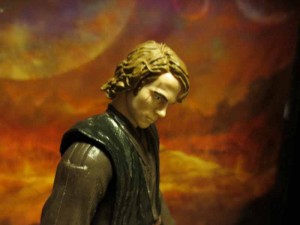 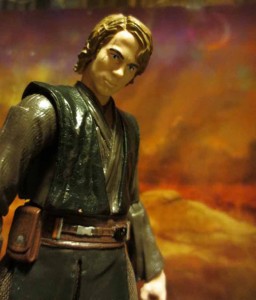 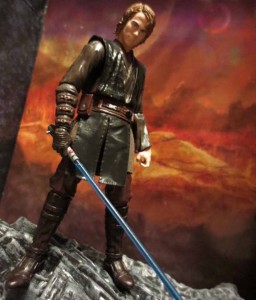