Looks Like We’re Getting A Black Series Force Awakens Stormtrooper 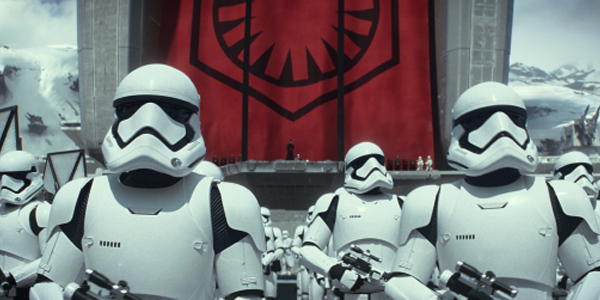 All signs point to a 6″ Episode VII Stormtrooper being a thing.

An auction listing from eBay seller VipersKingdom is currently live, for a 6″ Black Series Stormtrooper based on the new armor we’re all dying to see on the big screen in Episode VII later this year.  This seller has a long history of selling products from the Hasbro factories, and the figure looks to have a similar design and articulation pattern in comparison to the rest of the Black Series.  So I think this figure’s existence is about as confirmed as we can get, outside of an official release from Hasbro.

I think he looks great!  I love the new armor, which hits the perfect balance between being reminiscent of the OT look of the troopers, with a new sleekness that seems as though it would have been rolled into the design 30 years later.  Since the last trailer hit, any illusion I had that I would be skipping The Force Awakens toy line entirely is purely out the window, so I’m stoked to see a cool looking figure like the new Stormtrooper, armed with the knowledge I will inevitably have at least one on my shelf.

More likely, I’ll have more than one.  The other thing to consider about an Episode VII Stormtrooper is that by making him, Hasbro has also locked in most of the parts they would need to create a 6″ Snowtrooper, Flame Trooper, or even Captain Phasma.  Parts repurposing is a necessity to pretty much any toy company these days, and the Stormtrooper– unlike the Kylo Ren, BB8, and Finn figures that leaked a few months ago– has a lot of future use in his tooling.

Click here to see the figure in his auction listing (I’m not publishing the pics here, as Hasbro hasn’t sanctioned images of the figure to be released at this time).  I’m happy about the Trooper for sure… I just really hope we see a Rey figure as well.  The Force Awakens is promising to be the perfect opportunity for Hasbro and the other Star Wars marketing partners to establish better representation for female characters in the toy aisles, and to break the long-running boy’s club that has been the world of Star Wars products.