Blast From The Past Half-Shell Heroes Are Dino-dorable 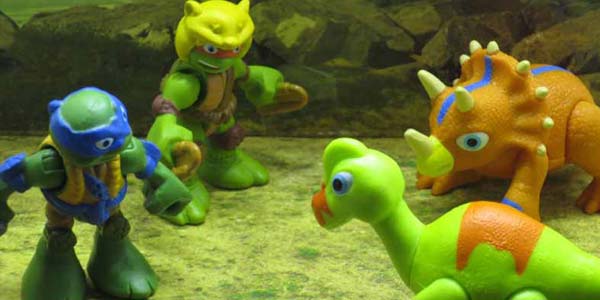 There’s a new Teenage Mutant Ninja Turtles special coming to Nickelodeon which sends our heroes back to the age of dinosaurs, and Playmates has released a new wave of Half-Shell Heroes to coincide with the cartoon.  The lineup features four two-packs, each including a new Turtle decked out in prehistoric gear, as well as a cute dinosaur companion.

Included in this series are Leo with a Triceratops, Mikey with a Brachiosaurus, Donnie with a T-Rex, and Raph with a Pteranodon.  The 2.5″ figures are all new sculpts, and feature the caveman-esque costumes you’d expect from a dinosaur-era adventure.  Leo sports a snake belt, a fur coat, and a stone sword, while Mikey rocks a sabertooth tiger skin cap and a Tarzan-style half shirt.  The Turtles each include swivel heads, and hinged swivel shoulders and hips, giving them a decent range of motion, considering their size.

The dinosaurs are really fun, as well.  The triceratops features bright orange skin with tan and blue highlights (a nod to the Turtles’ long-time foes, the Triceratons?), while the Brachiosaur is bright green and orange, a color pallet that coordinates perfectly with Mikey.  Each dinosaur has poseable legs and a swivel neck, so like the Turtles while they’re not exactly super articulated, they can still pose pretty well.

The Half Shell Heroes are a really fun sub-line under the TMNT brand, with a similar scale and sense of design comparable to Mattel’s Imaginext and Hasbro’s Squad toy lines.  The bright colors and fun, simple designs make them appealing to younger fans of the Ninja Turtles, while their stylized nature and small size make them equally worthwhile for minifigure collectors.

What impresses me most about this latest wave of Half-Shell Heroes, though, is how o-point Playmates is becoming in keeping current with the TV show their toy line is supporting.  Usually we see a toy line reflect what happens on a TV show six months or even a year later, but between the Blast From the Past Half-Shell Heroes and the Dimension X themed basic action figures, Playmates is releasing these cool toys side-by-side with their debut on the small screen.  It’s an impressive bit of toy-to-property synergy, and I’m curious to see how it pays off for Playmates’ toy line.  While we wait to find out, we can all enjoy the fruits of their labor, and the new dino-themed Half-Shell Heroes are particularly sweet, and pretty darn cool. 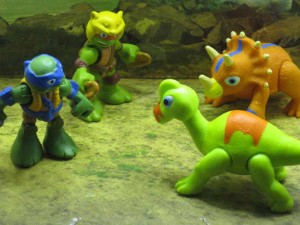 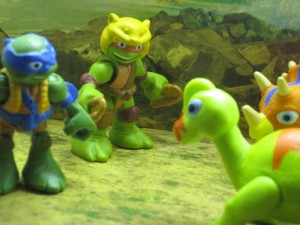 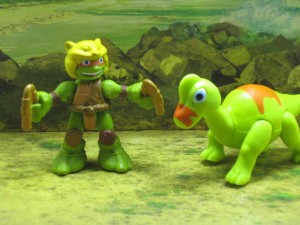 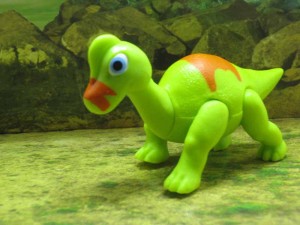 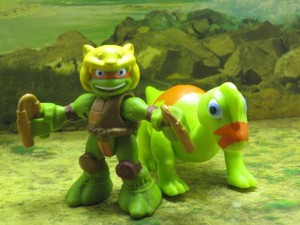 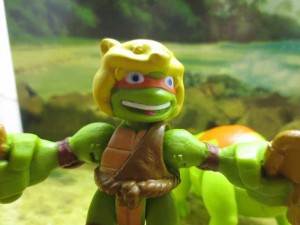 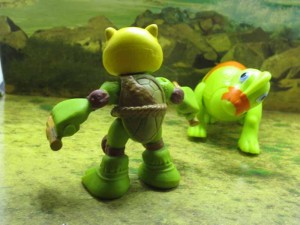 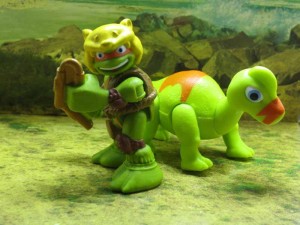 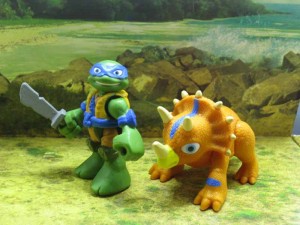 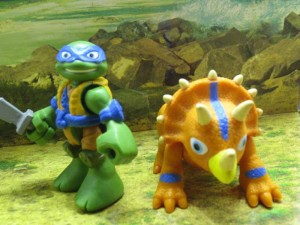 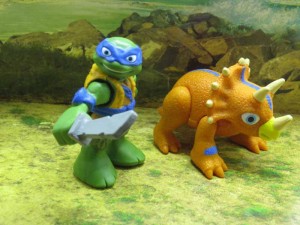 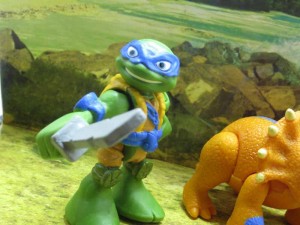 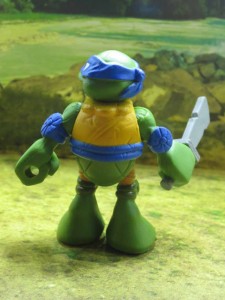 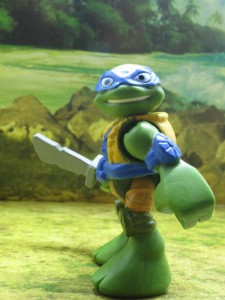 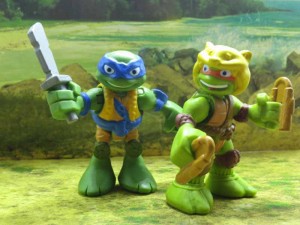 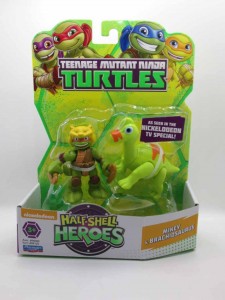 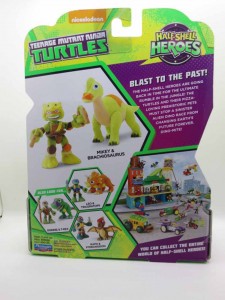 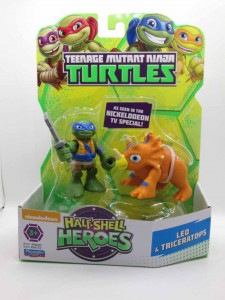 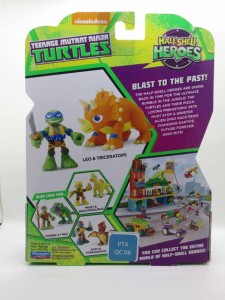