Get Blown Away By The Pacific Rim WonderCon Trailer 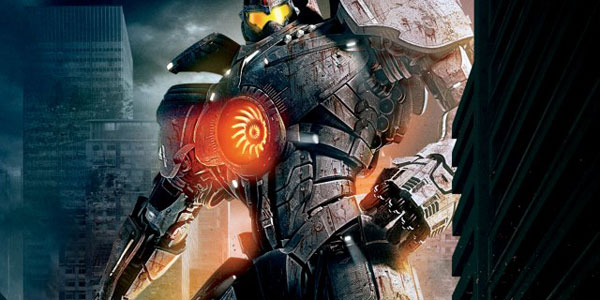 I dare your mind not to be blown!!

Guillermo Del Toro released a special Pacific Rim trailer at Wonder Con last month, which knocked the socks off of virtually everyone in attendance.  Now, that trailer has been released online, for everyone to see… and it is absolutely incredible.

This trailer gives us our first good look at many of the film’s Kaiju, the giant monsters our heroes and their robot defenders must combat.  Each Kaiju looks as unique and cool as the Jaegers we’ve already seen… and based on these few glimpses, we’re in for some epic battle sequences– the scene where the Jaeger swings a freighter boat like a bat into the face of a giant beast promises to be worth the price of admission in and of itself.

But on top of that, it looks like there will be a great, positive outlook in this film, to accompany the amazing effects and cinematic carnage.  Pacific Rim has a global outlook, with many nations’ Jaegers defending their own countries but (presumably) the rest of the world as well.  The vibe from this trailer sells a truly refreshingly positive, “never say die” attitude that, quite frankly, we need more of in these dark and cynical times.  The narration sums it up perfectly with this line:

“They counted on the humans to hide, to fail. They never considered we would rise to the challenge.”

I love it so bad.