Blu-Ray Review: Guardians Of The Galaxy – Something Good, Something Bad? Bit of Both? 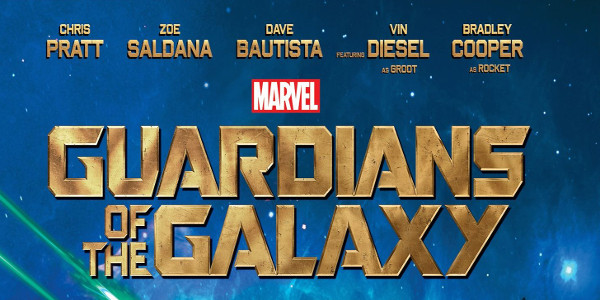 This summer’s biggest blockbuster comes home, just in time for the holidays.

2014 was an amazing year for comic book movies. But one definitely stood apart from the others. The Guardians Of The Galaxy.

The Guardians, while a part of the Marvel cinematic universe, is so far removed at the same time. In this case it really works. It was a great action pack space opera in the Star Wars vein, with a lot more humor. So getting this on Blu-ray is a must.

The Blu-Ray includes the theatrical release of the film. The transfer seems to be solid here. I didn’t notice any loss of picture or sound. It looked and sounded as good as it did in theater.

The bonus features on this Blu-ray were cool. There were 2 behind the scenes features.

First was a behind the scenes with director James Gunn and the cast and crew. The presentation for it was really entertaining. They used 8-bit video game cutaways. Was loving that. And I always find it interesting to get into a directors head and how their vision goes from concept to a finished product.

The second behind the scene feature focused on Rocket and Groot. Some of the difficulties the actors had to work around since both characters are CGI.

I’m not going to lie, but the bonus feature was the behind the scene of Avengers: Age of Ultron. I’m not going to say it revealed a lot. They really didn’t talk about plot here. But Elizabeth Olsen did, very briefly talk about the Scarlet Witch. From the way Olsen described her was someone who could move objects. It sounds more like telekinesis then the probably altering powers the Witch has in the comics. I’ll keep an open mind on it until I learn more.

Of course there were deleted scenes. Some of them that included Rocket and/or Groot had basic animation just as a filler. But I don’t think these scenes were needed for the film.

And finally a gag reel, which included the famous dance off scene you can see right here:

Overall, the Guardians Of The Galaxy Blu-ray makes for a great gift for the fan in your family, even if it’s yourself.

Marvel’s Guardians of the Galaxy on both Blu-ray and DVD is available at most major retailers now.