Bluefin’s Gipsy Avenger Takes The Fight To The Kaiju 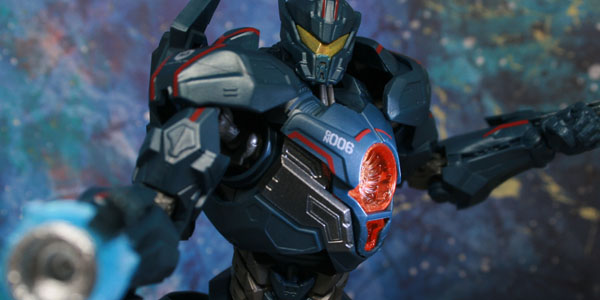 The Jaeger pilots are ready to take on the new Kaiju in this new Gipsy Avenger from Tamashii Nations.

No Jeager will ever be big enough for collectors, but Bluefin delivers a great figured loaded with extras. This figure like all the others is fully posable and ready for action. In today’s market robot figures try to hid the fact they are robots, but this figure embraces those details and make this figure stand out. The hips and shoulder make it apparent this is not a person in a suit, with smaller joints that stand out as joints not limbs. What sets this apart from other figures is how well balanced the figure is.The figure can be hard to pose at times due to some of the overlapping parts, but with a little effort and some snap off parts, it can be done. 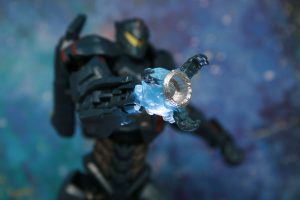 The figure comes with swap out hands and a chain sword and Gravity sling attachment. The weapon attachments are a little tricky to swap out, so make sure the figure is warmed up before you try to take off the lower arms. It also had back fins which don’t add any function, but add to the overall aesthetics of the figure. The box art shows off a glowing chest piece, but it is all about lighting. The figure itself has no light up parts, but when that clear orange piece catches the light it does shine. I wish there was a small opening in the back which would make lighting him up possible and amazing.

This feels like a high priced figure but is more reasonable at around $20 which will be competition to the DST figures which are slightly bigger. 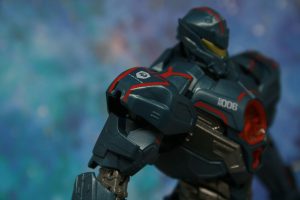 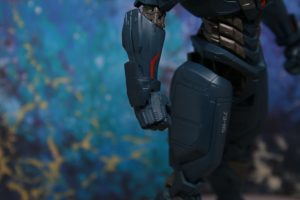 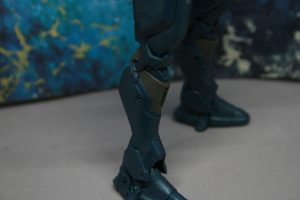 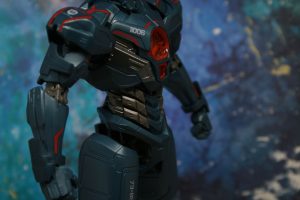 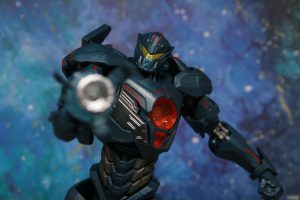 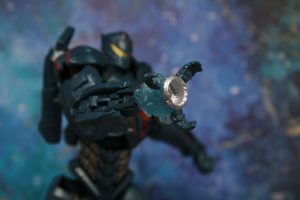 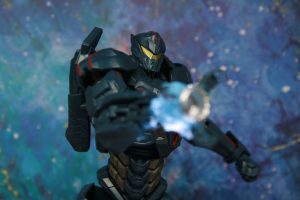 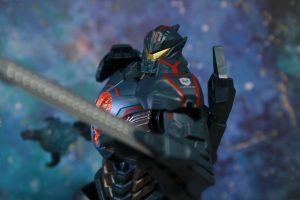 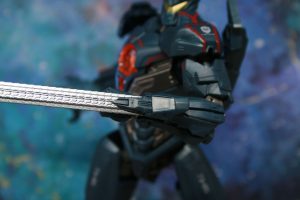 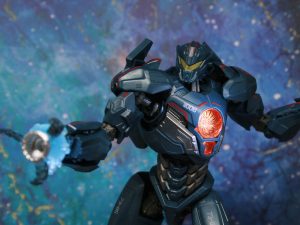 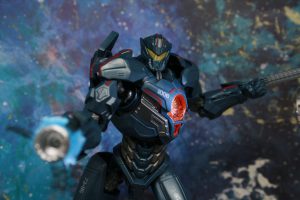 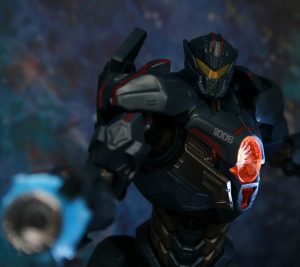 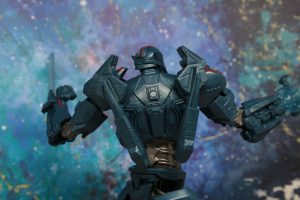 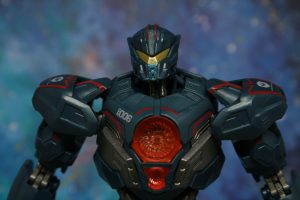 Thanks to Bluefin for this review sample