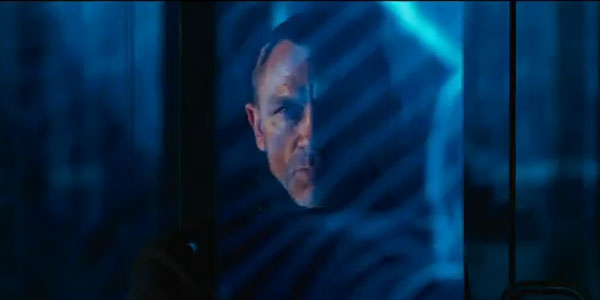 Bond’s team-up with the Queen was cute and geeky, but the real meaty stuff is in the new Skyfall trailer that was released during the opening of the London Games.

With the Olympics taking place in London, it’s a given that James Bond would be included amidst the many tributes to England’s pop culture history.  Daniel Craig’s in-character appearance– alongside Queen Elizabeth herself (!!!)– was enough to get any Bond geek worked up, and their sketch did a great job of bridging Bond’s fictional spy world with reality.

The juicier stuff came later, courtesy of the new :30 Skyfall TV spot which premiered during a commercial break.  Along with some new glimpses of scenes we’ve seen before, and a sweet shot of the classic Aston Martin DB5 in motion, we’re treated to some new action beats while still being graciously left in the dark regarding the plot.

I don’t need any story details with an amazing Bond on screen and someone as talented as Sam Mendes behind the camera.  An action sequence as ridiculously amazing as Bond jumping onto a train in mid-destruction– and adjusting his cufflinks when he lands– is enough to guarantee my ticket to see this movie as soon as possible.