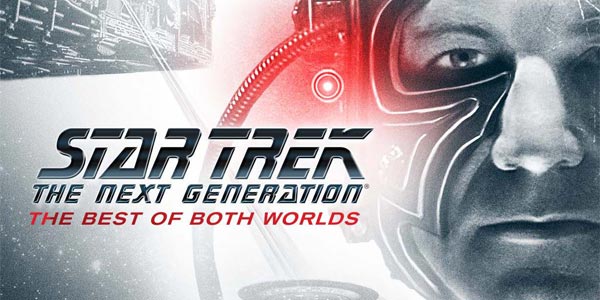 One of THE definitive tales in Star Trek: The Next Generation is getting the big screen treatment this April… and you can turn yourself into a Borg drone to celebrate!

‘The Best of Both Worlds’ stands as one of the finest moments in Star Trek history, and it’s coming to the big screen for one night only on April 25th.  Much like the theatrical debut of the TNG premiere ‘Encounter at Farpoint,’ this limited engagement is the perfect chance for fans to see this iconic moment in Trek history in a totally unique (but possibly questionably-smelling) environment.

To help hype the screening event, Star Trek has launched a cool new Facebook app that lets you become a Borg!  It’s a pretty fun way to crank out a new profile photo, and best of all, select “Borged” photos will appear on the big screen on April 25th.  Here’s my half-assed attempt, back when I invaded Toy Fair: 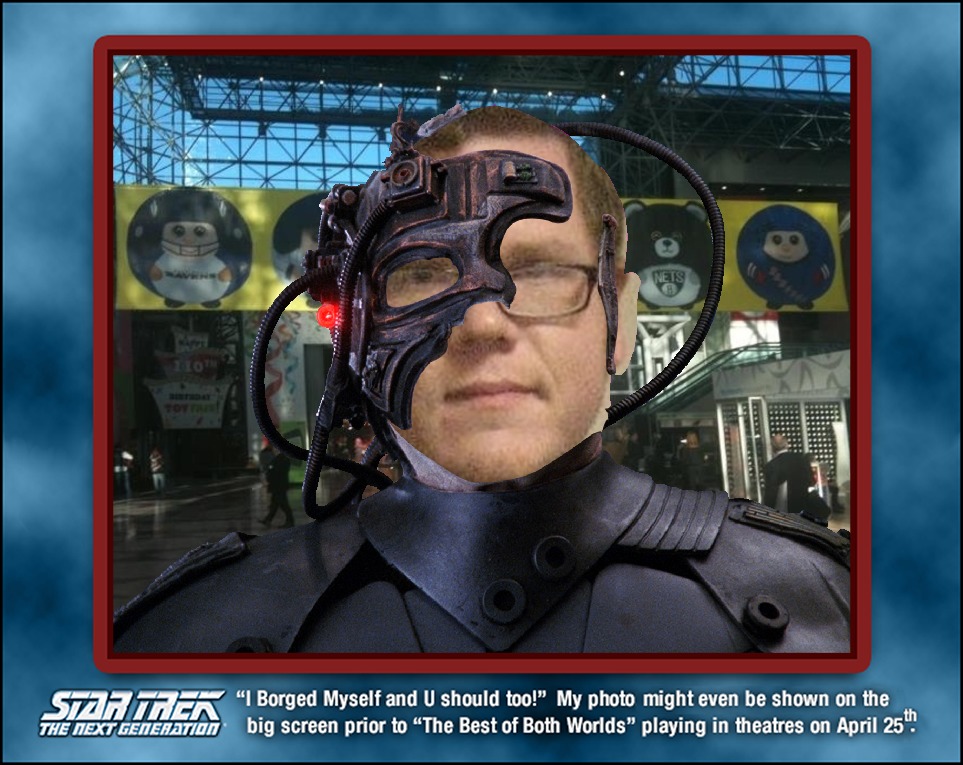 Click Here to Borg yourself now, and get all the details on the ‘Best of Both Worlds’ event below:

Admit it, you’ve always wanted to be a Borg. Now, resistance is futile. Using the free Be A Borg app, you can transform yourself into a Borg in just a few quick steps. It’s as easy as uploading a photo and plugging it into one of nine different Borg-centric scenes from Star Trek: The Next Generation. Once you’ve been Borged, you can share the photos with your friends. And, if you’re really lucky, your Borged self just might appear in the Gallery on the Be A Borg app and/or on the silver screen at 500 movie theaters nationwide before “The Best of Both Worlds” special event on April 25. Click below to Borg Yourself!

Star Trek: The Next Generation – The Best of Both Worlds
In Select Theaters
Thursday, April 25th at 7:00 PM
Only One Night

Widely considered one of the finest episodes of the series ever, this is THE event all STAR TREK fans have been waiting for and is sure to be an in-demand ticket.

Fathom Events and CBS Home Entertainment are coming together again to celebrate Season 3 of the iconic series Star Trek: The Next Generation in a special one night big screen event. For the first time ever, The Best of Both Worlds will be shown bigger and better as a full-length presentation only on Thursday, April 25th at 7:00 PM (local time) in select cinemas nationwide.

This not to be missed movie theater event will feature one of the most memorable moments in TV history and exclusive clips about the making of The Best of Both Worlds and Star Trek: The Next Generation Season 3. 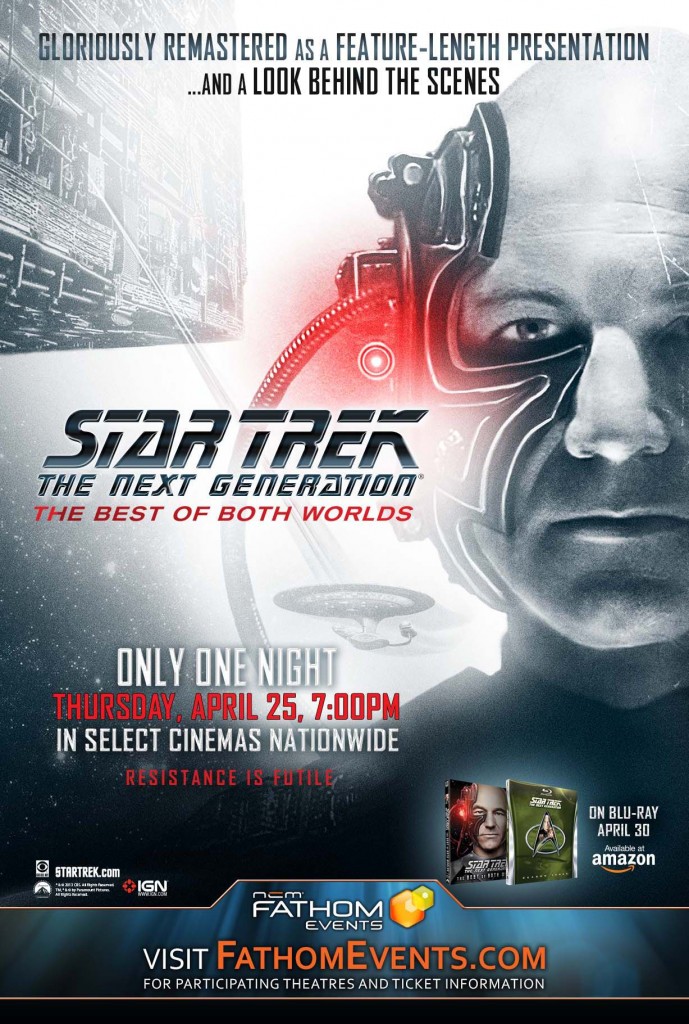