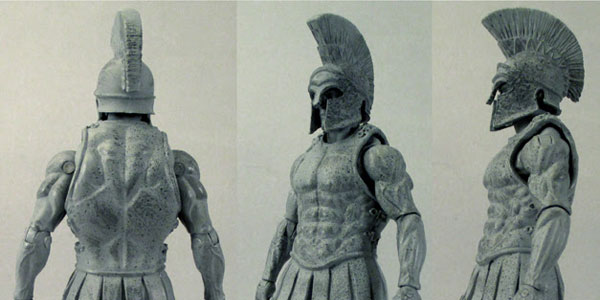 The Vitruvian H.A.C.K.S. are coming soon, and the wonderful wizards at Boss Fight Studio shared a first look at one of their coolest variant concepts.

Boss Fight Studio are gearing up for the Kickstarter launch of their highly anticipated Vitruvian H.A.C.K.S. toy line, which will include the seriously badass Spartan warrior and Medusa they had on display at GI Joe Con, as well as some really cool variants around the Greek soldier and snake woman concepts.

One of the most logical– and clever– of these alternate versions is the Stone Spartan, a warrior who caught the gaze of Medusa, and Boss Fight Studio has revealed the paint master of this figure in the first edition of their newsletter.

He looks great– the sculpt is loaded with detail and the articulation model being used on these figures is truly next-level stuff, in terms of range and not interfering with the sculpt.  I assumed the Stone Spartan would be unpainted and cast in grey, but Boss Fight is going the extra mile and giving this guy a full paint app to really drive home the stone texture, and the result is awesome.  I mean, look at that silhouette!  That shading!!

It’s kind of funny that a character turned to stone and immobilized would have articulation… on the other hand the range of motion means you can freeze this poor soul in any pose of your desire.  It’s one of many fun variants Boss Fight has planned, and I can’t wait to see more.

As I mentioned earlier, Boss Fight Studio also just launched their newsletter, which will keep delivering these first looks, as well as all the news you need to know about this exciting line coming to Kickstarter.  Click Here to sign up, to make sure you keep up with the latest news on this epic new series. 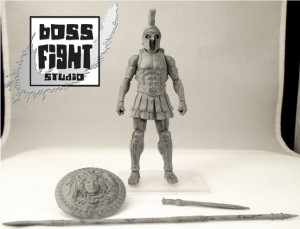 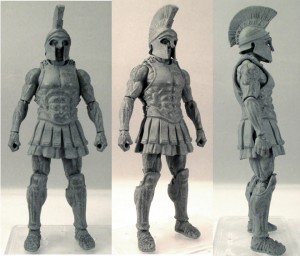 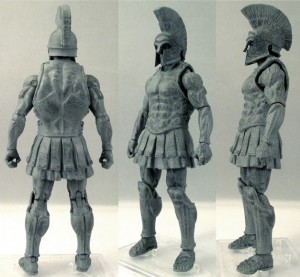