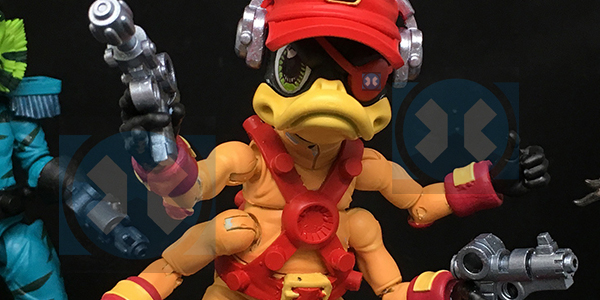 Thanks to the amazing men and women at Boss Fight Studio, we proudly present the ex-Corsair Canard: fully painted and ready to croak some toads.

Fans of Boss Fight’s Bucky O’ Hare action figures know what they are getting here after his unpainted debut last month. Dead-Eye includes 4 faithfully-recreated blasters, and an array of display-versifying hands and bills. The swappable bills are particularly ingenious, being a method of changing expressions minus the cost of painting one eye. The fantastic paint takes this elite-level sculpt up a notch, especially when standing side by side with Hasbro’s original rendering from the 1990s. The vibrant orange highlighting the pant creases, the lighter red webgear contouring the tail, and the bright yellow peppering the cuffs provide a interesting visual contrast to Stealth Mission Bucky and Astral Projection Jenny. 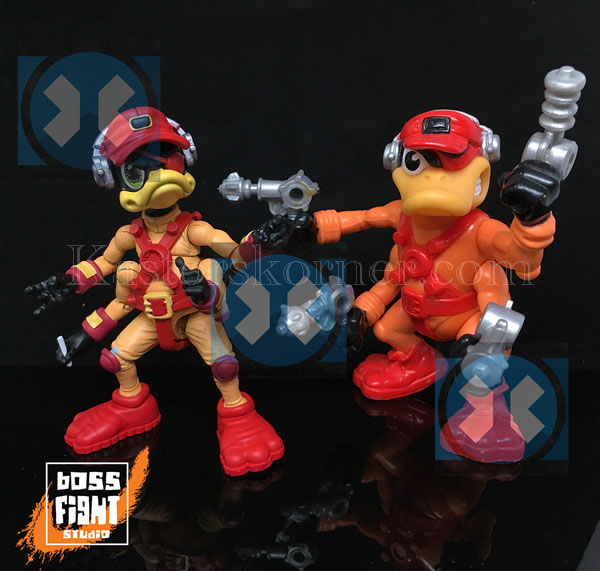 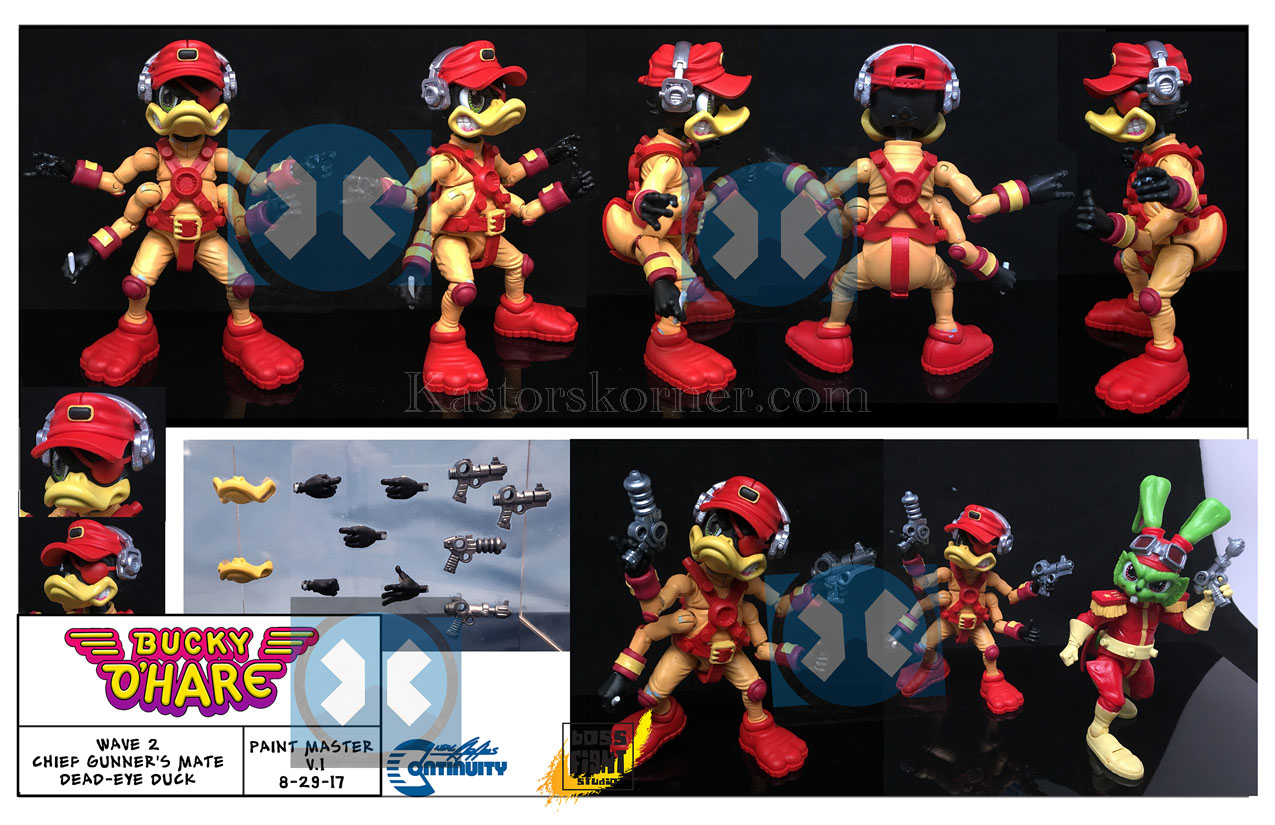 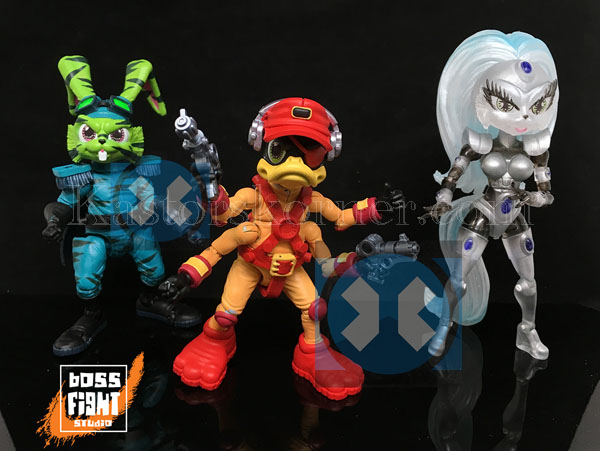 Again, a huge thank you to Boss Fight Studio for this incredible first look. Dead-Eye Duck joins Stealth Mission Bucky and Astral Projection Jenny in wave 2. Bucky O’Hare and First Mate Jenny are still up for preorder, and now is time to get in on what looks to be the best action figure line for 2017. Toad Storm Troopers to recreate the legendary aniverse battles are still on the horizon. In preparation for the onslaught, the crew of the Righteous Indignation is filling out nicely!