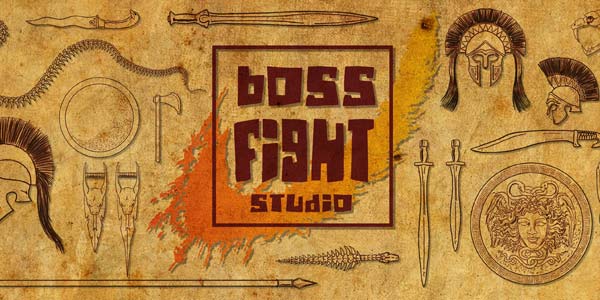 There’s another major player to watch out for in the world of 3.75″ action figures– Boss Fight Studio reveals their Vitruvian H.A.C.K.S. collection.

The stars of this year’s Joe Con were, without a doubt Boss Fight Studio.  This company was founded by some incredibly talented toy designers, many of whom have done truly next-level freelance work for Hasbro over the past few years.  Now, they’re blazing their own path, providing the killer new tooling used by the GI Joe Club’s original figures, providing the sculpts for the Marauder Task Force figures, and launching their own original toy line, the Vitruvian H.A.C.K.S.

H.A.C.K.S.– that’s “Highly Articulated Character Kit System”– will feature all new 3.75″ action figures designed and sculpted by Boss Fight’s team, and each collection will follow a new theme.  The launch wave will feature characters from Greek mythology, including Spartan warriors, Medusa and her Gorgons and more.

Simply put, these figures look awesome– they’re planned to be incredibly poseable, with lots of cool accessories and add-on features, and the sculpts manage the perfect blend of realism and hyper-fantasy.  In short, I don’t think you’re likely to find more badass-looking mythology toys, well, ever.

It’s sad that Hasbro has dropped the ball so badly in regards to great 1:18th scale action figures, but while the major toymakers are asleep at the wheel, 2014 has been amazing for these smaller, rising star companies to deliver some truly awesome action figures.  Between the H.A.C.K.S., Marauder’s new figures, the Four Horsemen’s Mythic Legions and the military themed Acid Rain series, what started as an underwhelming year for 3.75″ collectors got really exciting, really fast!

Boss Fight Studio will be launching a Kickstarter program for the Vitruvian H.A.C.K.S. and for me (and pretty much any other fan of cool 3./75″ scale toys), this is a must-support project.  With clever variants, convention and Kickstarter exclusives, it appears that you can build a sizeable mythological army in no time.  I love that!

You can see the figure design artwork for Series One below, as well as a few shots of the prototypes on display at Joe Con.  And check out more upcoming figure designs at Generals Joes. 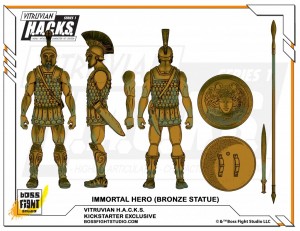 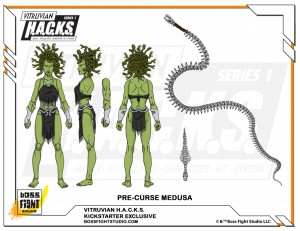 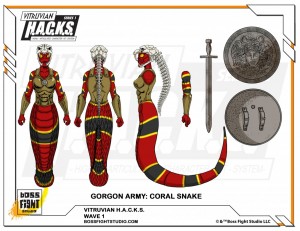 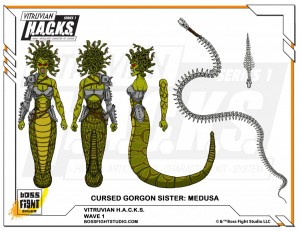 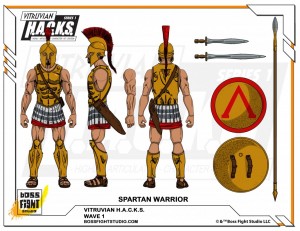 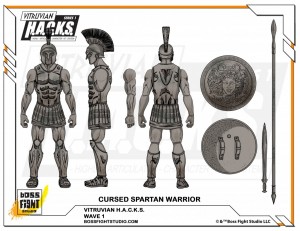 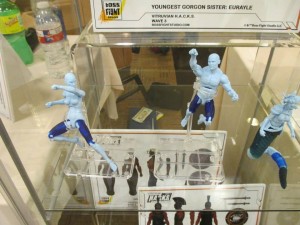 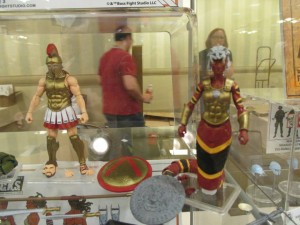 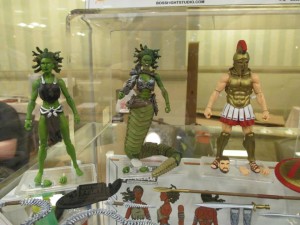