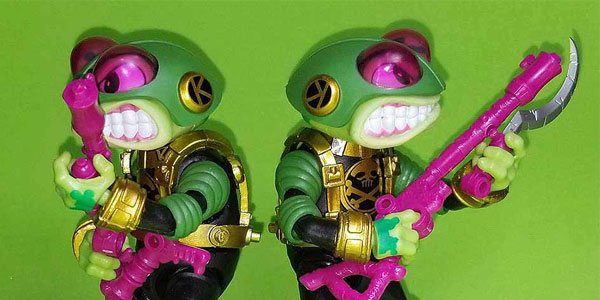 Boss Fight Studio’s Bucky O’Hare action figure collection has had a scant number of toys in the last two years, five heroic Aniverse-protecting releases have graced us, with a pair of them being repaints for special space mission ops. Well, the Toads have called for reinforcements. If you wanted to put more money into this expertly crafted series, then the Storm Toad Trooper and its numerous configurations is just what you’ve been looking for.

Somehow, the Storm Toad Trooper improves on the minor issues seen in the Bucky action figure. The paint is very well applied, particularly on small touches like along the gum line and eyes. The metallic gold against the black body suit is stunning. The knee pads are soft and move freely to stay in its desired location without hampering movement. He poses very well, and the large feet help anchor the toy. Also, his MASER blaster effortlessly slides into his belt peg, with zero looseness or paint rub. The vendor used clearly takes direction well and did a phenomenal job.

What make this figure stand out more than what was listed above are the accessories. The Storm Toad Trooper has 2 heads, alternate gesturing hands, a helmet, a cap, a blaster, and a Toad Phlegm Rifle with diversifying attachments. While the facial expressions are barely indistinguishable, one can’t overlook how incredible the helmet is designed. Molded in translucent pink for the lenses, the fit was so seamless, I almost thought it was part of the head sculpt.

The interchangeability of the weaponry and headgear, coupled with the slightly discounted price when purchasing a pair, make the thought of army-building Storm Toad Troopers less irresistible and more mandatory. These Bucky O’Hare action figures are darlings in toy design, sculpt, and charm. Boss Fight Studio once again eliminates cost and quality excuses from larger toy companies who fail to keep pace with their peerless work. Buy two. Buy twelve. 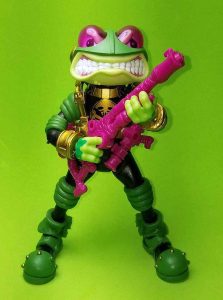 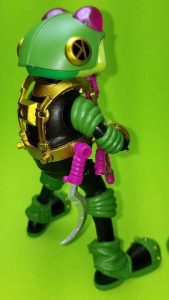 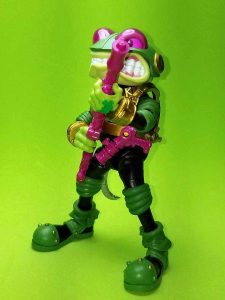 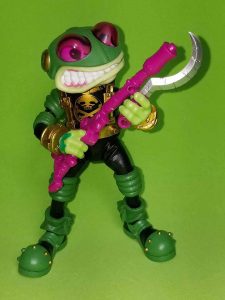 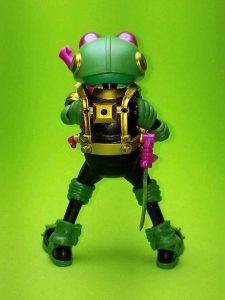 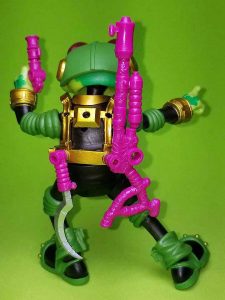 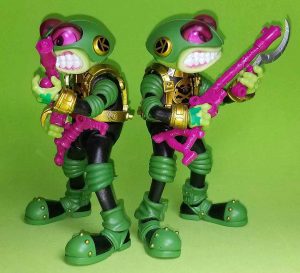 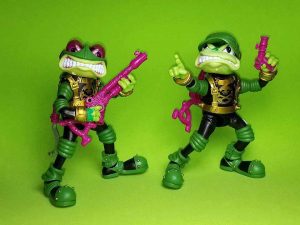 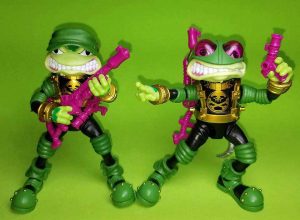 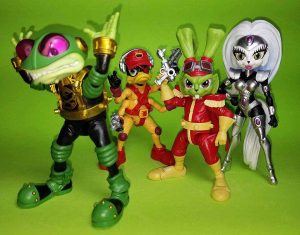 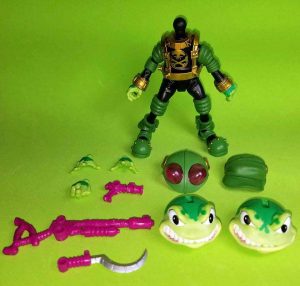 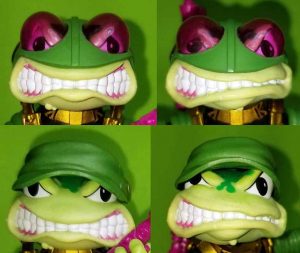 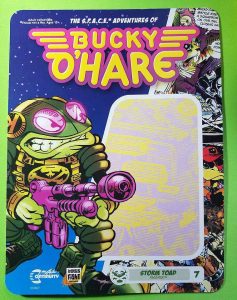 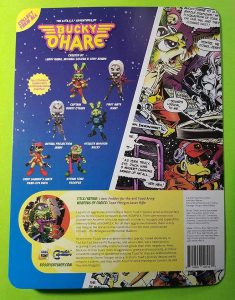