Will Bradley Cooper Be The Voice Of Rocket Raccoon? 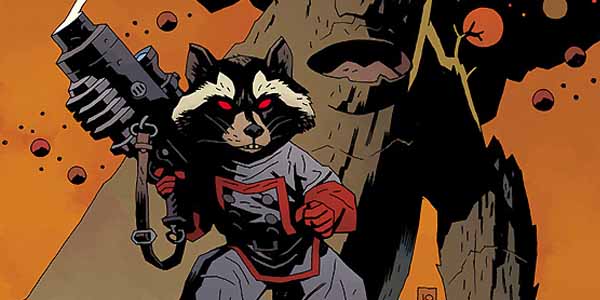 We may now know what the Guardians of the Galaxy’s resident rodent will sound like.

Latino Review is reporting that Bradley Cooper has been offered the role to voice Rocket Raccoon in the upcoming Guardians of the Galaxy movie.  He’s definitely not the first choice I would have imagined, but I could see Cooper working well– he’s an actor that’s actually pretty good when he’;s got something decent to work with, and movies like The A-Team (and even The Hangover) show he’s a good group chemistry kind of guy.

Allegedly, Cooper has been offered the part, although that doesn’t mean he’ll accept… Still, this gives a better idea of how RR will be portrayed in the movie, and it seems as though he may not be the mega-macho tough guy, nor the raspy voiced Danny DeVito type many of us speculated.

What do you think? Could you get behind a Cooper-voiced Rocket Raccoon?