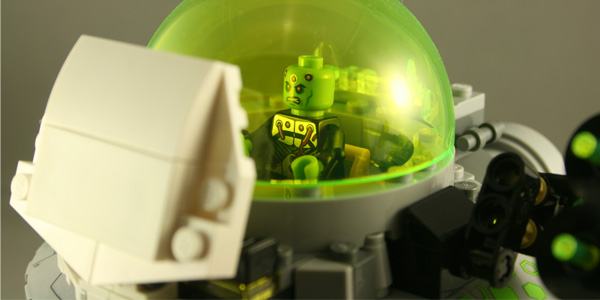 The original Borg is now part of the LEGO world. Brainiac is on the loose with an amazing ship and some classic looking heroes.

LEGO is knocking it out of the part this year with the DC heroes. A lot of collectors were worried with the postponement of the Batman/Superman film would leave DC in the cold this year for LEGO figures, but they are producing some of the best in the Superheroes sets to date.

The Brainiac ship set is one of the smaller ones this season, but has some great minifigures. The set includes three minifigures and one large build. 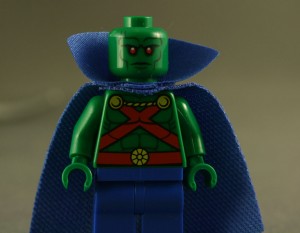 The Brainiac ship is the major build of this set, and rather than use the parts to make two smaller builds the designers focused it all on the ship. It was a great decision recreating one of the most iconic vehicles in the DC universe. All the details are there from the skeletal front face to the long tentacles. It’s a ship that has never been done in toy form, but has been on the top of fans lists for years. The only issue with the build is the kryptonite ray on the side of the ship, it only rests in a holder, and with the rigidity of the tubing it pops out more than stays in place.

The minifigures are just as important as the build in this set. Included in the set is a modern-ish Brainiac, generic Superman, and classic 80’s looking Supergirl and Martian Manhunter. Superman does not stand out much and is the dud of the set, except for his cape. This actually goes for all the capes in this set, they are not the super thin cloth like capes, they are a thicker cloth, reminiscent of the Superpowers capes of the 80’s. That alone will make this my standard Superman for the line. The Supergirl looks great in the mix, and a nice surprise. She is a major character in the DC world, but did not expect to see her in the line. The only issue is her thicker cape and long hair are not a good match, making it a very snug fit. The final hero in the set is the Martian Manhunter, one which fans have been calling for since the Justice League started to build in LEGO form. He is in his classic 80’s costume, making the sold out New 52 figure from last year even more valuable. The last figure in the set is the more modern Brainiac, with serious front face, as well his connection nodes painted on the back of his head.

This might be the best set in terms of minifigures, build, and value. If you only pick one set this is the must of of the winter line. 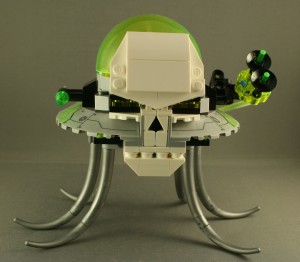 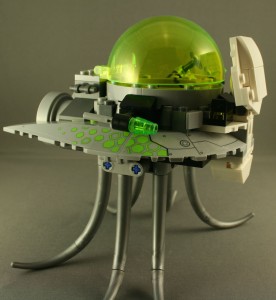 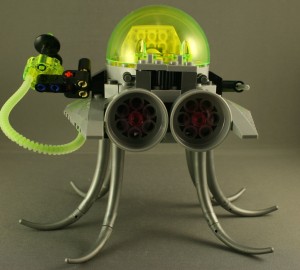 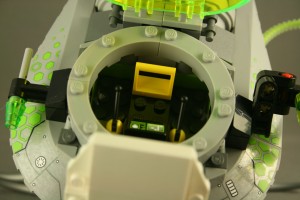 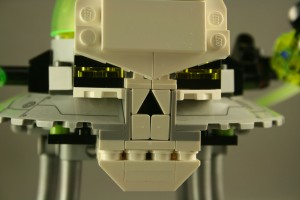 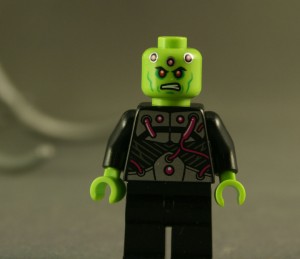 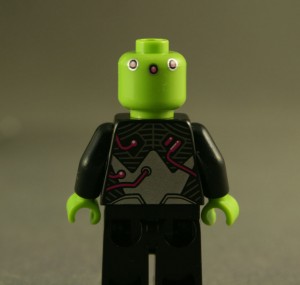 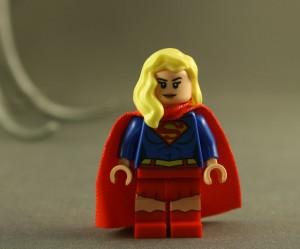 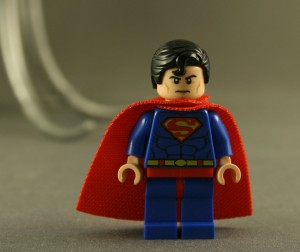 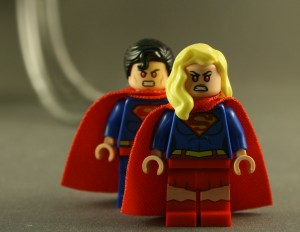 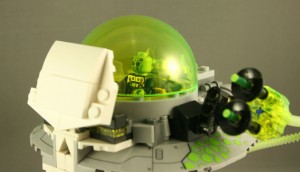 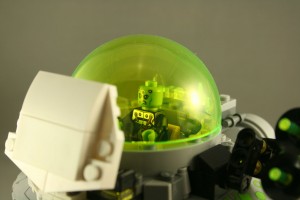 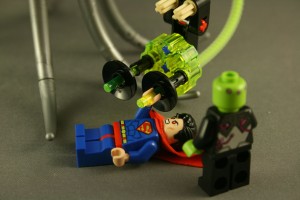 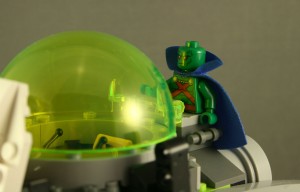