What Breaking Bad Figure Will Mezco Release On Black Friday? 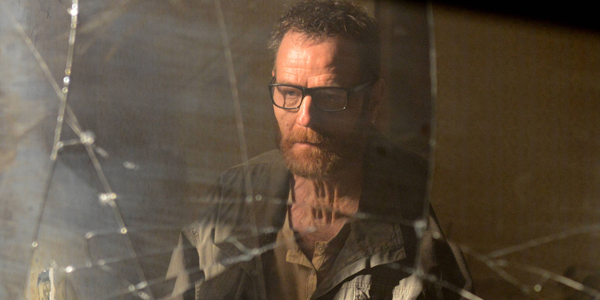 Mezco Toyz will release a mystery Breaking Bad action figure on their website on Black Friday… who could it be?

Mezco Toyz has kind of struck gold with their Breaking Bad license, but I guess that will happen when you land the toy and collectible rights for the biggest, most talked-about TV series of the year.  And good for them, because what we’ve seen from Mezco so far has been a solid mix of well made (if a little too non-poseable) figures, collectible coins, plushes and all kinds of fun accoutrements.

The latest additions to the line are being kept top-secret… but they will be for sale on Mezco’s website starting Black Friday (that’s Friday November 29th, for the non-shopping inclined).  In addition to some new Challenge Coins, Mezco teases a new Breaking Bad figure will also be available… so who, or what can it be???

Mezco says the figure is “something the fans have been clamoring for,” so logic would dictate we will see Jesse.  But it seems strange to not give Mr. Pinkman any due diligence before now, and a Black Friday sales is a weird, interesting way to roll out a figure.

If it’s not Pinkman, we could very well see a re-release of Walter in his yellow hazmat suit.  This figure was released last Summer as a San Diego Comic Con exclusive, who sold out lightning quick and is now demanding rather absurd prices on eBay.  Yes, Mezco says their Black Friday figure is “new,” but I think new packaging and some accessory variations could stretch that definition to fit this still in-demand variant of our protagonist.

I guess we could also see a Heisenberg repaint– with a new headsculpt it would be fairly easy to turn that figure into a tan-clad Season 5 Walter.  I know I, for one, would be down to pick up a “final battle” version of Mr. White.

While you join me in pondering who this mystery Breaking Bad figure will be, you can read the full press release from Mezco, and try your luck at deciphering more clues.

The new action figure will be limited to just 500 pieces worldwide and will be available exclusively through MezcoToyz.com.

Each set of “platinum” coins will be limited to 100 sets worldwide, and will also be available exclusively at MezcoToyz.com.

Although Mezco cannot yet reveal images or further details of the Black Friday items, Mezco’s director of Special Projects said “These are sure to become some of the most sought after Breaking Bad items that Mezco has ever done. One of the coins has a design that was considered too risqué for retail, but I know it will be a fan favorite so I’m ecstatic that we are able to offer it for Black Friday. The figure is also something the fans have been clamoring for so I am certain the cheers from fans will be audible when we reveal the figure on Black Friday”.