Will Breaking Bad Live Up to the Hype? 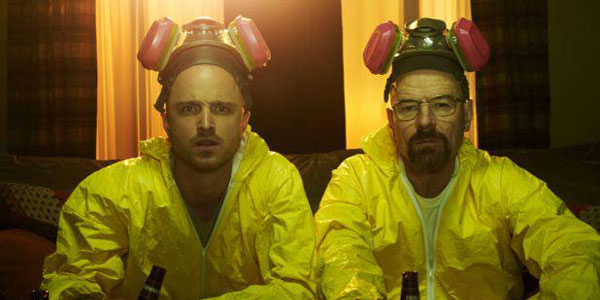 Every series finale has the problem of living up to whole series. Fans expect the finale to be better than the other 50 or 100 episodes that came before it. So with Breaking Bad ending tonight, can it live up to the last six years worth of twists and turns?

The problem most series run into is they don’t know they are ending, so many finales end up being rushed or unsatisfying like in the examples Leverage and Blue Mountain State. While other shows like Dexter and Lost had time to prepare their endings and all the twists and turns which bring the audiences to the final episode.

In this new world of the internet and blogs, tv sites, and fan sites there will never be another satisfying ending. People will pick things apart to the most minute detail, calling for resolution to the smallest of plot points. Last week Dexter ended it 8 season run, but left many feeling like their favorite serial killer went out without a bang. If you go back and look at the last 2 seasons of Dexter it is easy to see that this was the ending the writers were working toward. There was no left turn, no out of the blue moment that felt wrong. The character changed and developed in a way that was drastically different from the Dexter we met in season one. It would not have been consistent with the show to have an ending where he was caught or killed, he had to live out his life the way it was because that is what the writers wanted.

Everyone is wondering what Vince Gilligan and crew have planned for Walter and Jesse tonight, we wait with great anticipation to see who will live and who will die. We wonder if the answer Aaron Paul has been giving all the press will come true and everyone will die. Will this be the prequel to Malcolm in the Middle or what started the zombie plague in The Walking Dead. In the end it does not matter, because they have given us 6 great years of TV.

As an audience we have to remember these characters may have become part of our lives over the run of the series, but they ultimately belong to the writers and actors. We have the privilege to borrow them to relax and live out a little action, love, and drama with them, but that the end of the day we have to give them back. As long as the TV does not go to black like the Soprano’s it will be the right ending for the show.