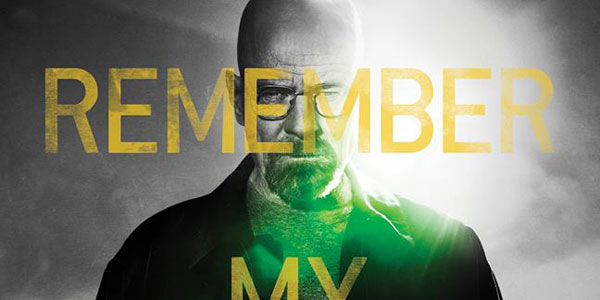 It’s sad that a show as good as Breaking Bad has to come to an end, but it’s going out on its own terms, and I’m more than confident the final eight episodes will deliver a satisfying ending to one of the best shows on TV.

The new trailer for the season boosts my confidence– it’s a simple clip, but it’s highly effective.  We see no footage from the new season, instead simply shots revisiting now-abandoned locations from the lifetime of the series.  Revisiting the places Walt has ruined and compromised and shaken to their foundations, it’s only fitting we would get a voice over from Bryan Cranston, who reads Percy Bysshe Shelley’s poem Ozymandias as we travel the empty world of Breaking Bad before zeroing in on Heisenberg’s empty hat on the ground.

So, while we haven’t seen anything actually FROM the new season yet… the mood this teaser paints suggests we are in for a ride to some dark places.  I have a feeling Walt’s empire hasn’t claimed its last victims yet.