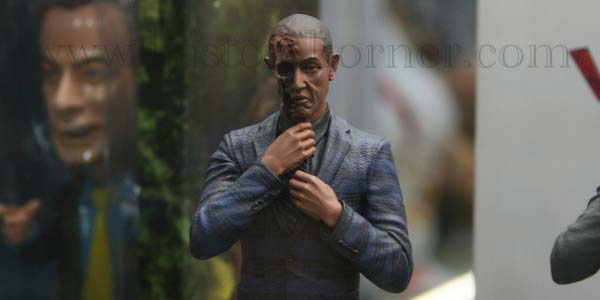 While some of the past Breaking Bad exclusives have proven to be crazy hard to come by, Mezco Toyz have decided to be “good eggs” about the upcoming post-explosion Gus Fring.  The charismatic drug kingpin– and Walter’s most dangerous nemesis– had one of the series’ most iconic death scenes, and it would be a shame if only a few collectors got to enjoy their villain with a freshly fried face.

Post-exploded Gus will be an online exclusive, and as revealed by Big Bad Toy Store he will be featured in an exclusive slipcase packaging and will be limited to 12,000 pieces.  That’s a lot more than most Breaking Bad exclusives, which is good news for those of us keen to pick up the plastic version of this killer, uh killer, after he was killed… Or something.

Captured in the act of adjusting his tie, Gus Fring is wearing the trademark black-and-blue suit seen in the episode, and his ever-present glasses are removable. Check out the special slipcase packaging included with this exclusive: He looks all nice and dapper on the package, but as you slide the slipcover down, poor Gus is revealed with his half his face burned off! Limited edition of 12,000 pieces. 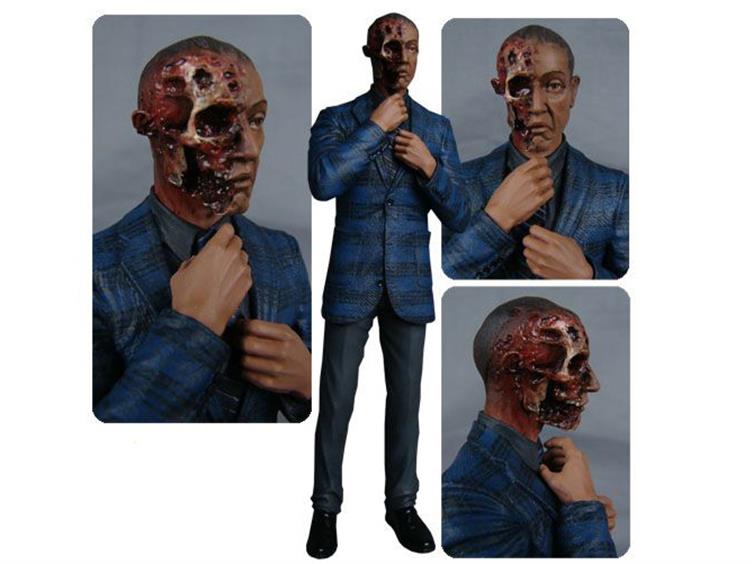