Breaking Bad’s Saul Goodman Is Getting His Spinoff Show! 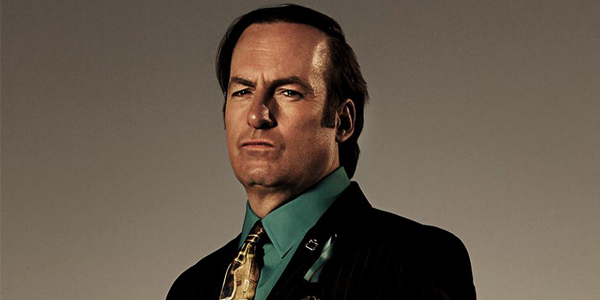 When the rumors that the pinnacle of scumbag lawyers, Saul Goodman, would possibly be getting his own Breaking Bad spinoff, a lot of us were curious if that was a spoiler as to Saul’s fate on the hit AMC series.

Well, now those rumors are confirmed– Saul’s getting his spinoff– but we still don’t know have a straight answer about his life expectancy.  The tentatively-titled BETTER CALL SAUL will be a prequel, taking place long before Goodman became advisor to Walter White and Jesse Pinkman… But regardless of when it takes place, this means more Bob Odenkirk, and more of his very BEST character to enjoy, so color me pretty damn excited!

Odenkirk is planned to return, along with Breaking Bad creator Vince Gilligan and writer-producer Peter Gould (the duo that wrote Saul’s first appearance episode back in Season Two), for a new hour long series based around the previous exploits of Goodman in and out of the legal system.  The project has been brewing for a while… Gilligan has been talking about it for over a year when he said in 2012:

We’d all like that.  And soon, with a little bit of luck and some spit to slick back that comb-over… we’ll all be able to like it together, when it airs on TV.