The Bridge Direct Is Giving Away A Hobbit Gift Pack 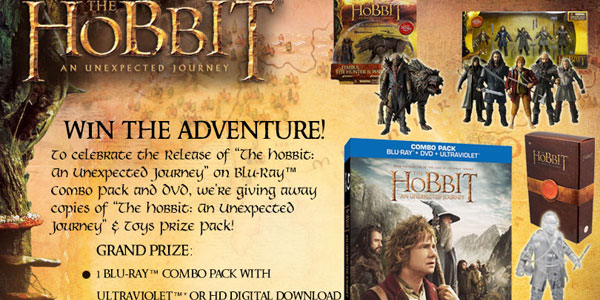 The Bridge Direct is celebrating the upcoming DVD/ Blu Ray release of The Hobbit: An Unexpected Journey with a sweet prize pack filled with some of their amazing Hobbit toys and the movie itself!  Find out how to win…

The Hobbit: An Unexpected Journey was a solid start to the new Middle Earth film trilogy, and the best part of the experience was Bridge Direct’s great toy line.  If you haven’t picked them up yet, do yourself a favor and grab some today– the 3.75″ and 6″ scale figures are all completely authentic to the on-screen looks and totally fun to play with.

You can also win a Hobbit toy “starter pack,” along with a copy of the DVD/ Blu Ray release from the toymakers themselves, Bridge Direct!  Enter at the link below between now and March 19th, and you could score the awesome prize pack described below, straight from The Bridge Direct:

Only 6 more days until the DVD/Blu-Ray release of The Hobbit: An Unexpected Journey! To celebrate, The Bridge Direct is giving away a copy, as well as a prize pack of toys!

The grand prize winner will be chosen on March 19th.

Did we mention that more DVD/Blu-Ray packs will be given away March 20-26?? 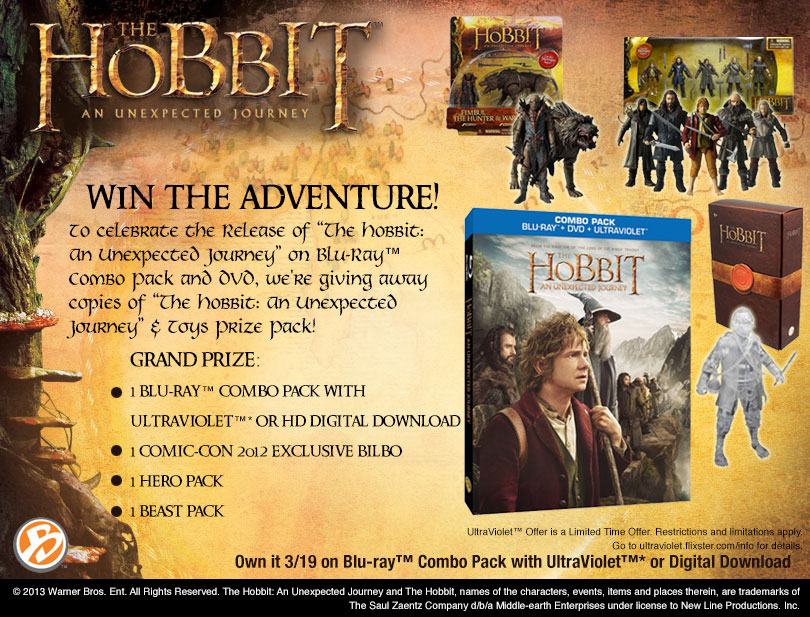