The Bridge Direct Speaks On Their Limited Hobbit: Desolation Of Smaug Line 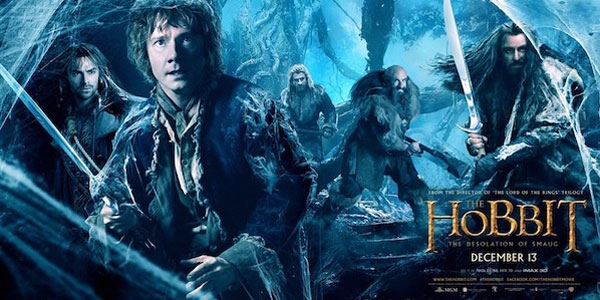 What they said was straightforward, refreshingly honest and a big letdown.

Since Toy Fair, we have seen an exciting lineup of Hobbit action figures on display from The Bridge Direct, including the remainder of Thorin’s company of dwarves, Azog and his white warg, and hints of other characters to come such as Beorn.  However, now that we’ve seen the Toys R Us exclusive Desolation of Smaug line, it’s much smaller– we’ve received three 6″ figures, the Mirkwood Hero five-pack featuring Thranduil, and that’s it.

In fact, that will be the entire line for Desolation of Smaug, as Bridge Direct stated on their Facebook page.

While this is certainly a shame, I admire the company’s open and honest statement, explaining in a very clear and concise way exactly why their line was limited the way it was.  They don’t resort to finger-pointing (although they easily could have– the amount of eleventh hour changes happening with these movies would be impossible to keep up with even for fans, let alone a toymaker with a 12 to 18 month lead time needed for their figures), and they don’t obfuscate the truth, either.

In a climate where major toy companies either retain radio silence, or flat-out lie to their customers on a regular basis, a statement this clear and honest is a breath of fresh air… even if it brings some bad news.

The Bridge Direct seem like great folks, and they’ve made a heck of a great toy line thus far.  From what they say now, just because this is all we will see for the Fall to support Desolation, does NOT mean their Hobbit line is cancelled.  Now, more than ever, all of us fans should be picking up the great figures available now, to support this property and help move the needle so Bridge Direct can finish strong with a lineup of figures for the third movie next Summer.

It’s good for everyone– we all want to see the rest of the dwarves, and more orcs and maybe even a Smaug– but that will only happen if we continue to support the line that’s at retail now.  Plus, we get some amazing figures, like the outstanding Azog and Radagast 6″ toys in the new lineup.  I’m sticking with Bridge Direct and their Hobbit line no matter what, because they are great toys… the fact that I can support a company that gets it, and conducts themselves the way bridge Direct does is just icing on the cake.

Here’s the full statement from The Bridge Direct:

We know many fans would like to see a wider range of characters offered for DOS, however this is the complete line for this film. We are huge fans of LOTR and Hobbit, and would like nothing more than to release figures of every character, but there are many factors that determine how many we can effectively produce. For example, retailers have specific dates when new product goes into stores. To meet those dates, our development process starts 18 months before figures are in stores. This provides time for sculpting, painting, revisions, studio approval, manufacturing time, shipping, etc. Therefore, if character appearance is not finalized that far in advance (particularly for digitally generated/animated characters), we cannot make them in time for retail launch. There is also the matter of minimum order quantities in manufacturing: we have to make 10s of thousands of pieces of each character! So if we include 10 characters in the 6″ figure assortment, that’s over 100k pieces of product, minimum. If our retailers can’t commit to buying that many pieces, we have to cut down the number of characters in the assortment to make the order quantity viable. It was always our goal to offer the widest variety of characters possible in both scales, within the parameters of how much our retailers can sell. Based on sales of product from Unexpected Journey, we found that there was a larger market for the 6″ figures and therefore have been able to offer more characters in that scale. We know the Tolkien fan base is passionate and appreciate their continued interest in our line. We also hope that the fans can appreciate our passion and commitment to quality, as well as the conditions that make it impossible to offer every character in every scale. Looking forward to the film and a successful sell-through of the figures at retail so we can offer more cool stuff for part 3!