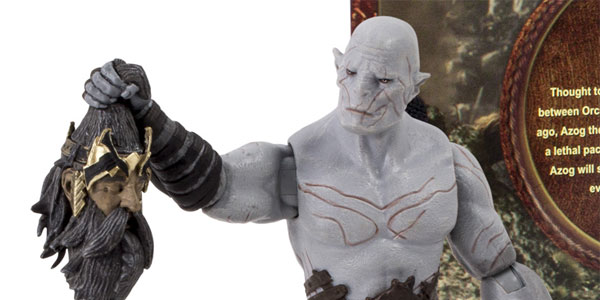 The Bridge Direct reveals one mean looking Orc headed to Comic Con, and new details have surfaced around how to get him.

UPDATE 7/12:  Bridge Direct has officially revealed the price and production run of their Comic Con exclusive Azog figure.  The deluxe 7″ figure will cost $40 at SDCC, with a limited production run of only 2,600 pieces.  He will be for sale at the Weta booth, #3513B when Comic Con kicks off next week.

Still no word if there will be any avenues for non-Comic Con attendees to pick up this rad figure, but I sure hope so… I know I don’t want to miss out on this guy!!

The Bridge Direct has finally revealed their amazingly cool 6″ scale Azog the Defiler, the 2013 Hobbit exclusive for Comic Con next month.  The figure sports a sculpt just as phenomenal as the first figures we saw late last year, and his book-style box design is a nice compliment to the twilight Bilbo exclusive from last summer.

I’m still figuring Azog will make his way to the retail line as well, but I can all but guarantee San Diego will be the only place to get his awesome accessories, like the alternate arm and the severed head of the Dwarf King Thror.  And that stuff alone is so cool, it makes this Azog a must-own for any Hobbit movie fan.

I can’t wait to check out this brute in person– each scar and wrinkle is perfectly captured in this figure, and he should be a fantastic addition to the 6″ Middle Earth toy universe. 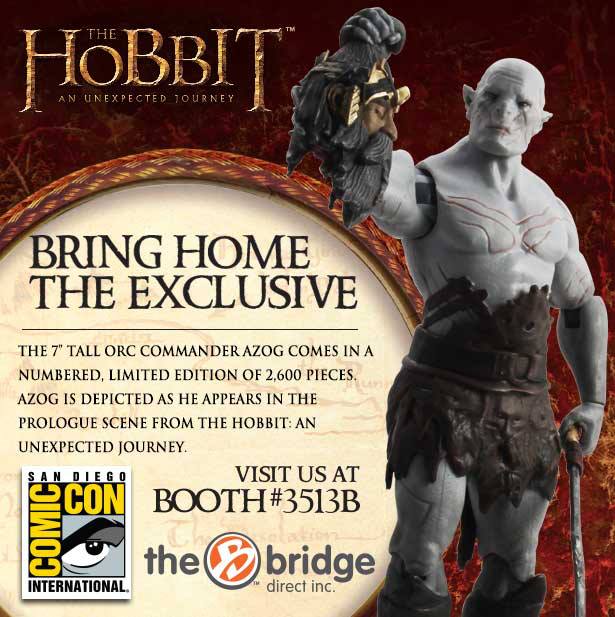 SAN DIEGO COMIC-CON 2013 EXCLUSIVE HOBBIT COLLECTOR FIGURE AZOG
7” tall Orc Commander Azog comes in a numbered, limited edition of 2,600 pieces. Azog is depicted as he appears in the prologue scene from The Hobbit: An Unexpected Journey. In the battle between the dwarves and an army of orcs to reclaim Moria, Azog holds the severed head of the dwarf King Thror up in victory. The figure comes with interchangeable hands – the right hand that holds Thror’s head can be replaced with a hand capable of holding either his dagger or mace, and the left hand can be switched with the prosthetic spikes that replaced the hand he lost to Thorin’s sword.

For those of you attending Comic-Con, we hope you plan to visit The Bridge Direct / Weta Booth #3513B and take home one of these incredible collectibles! 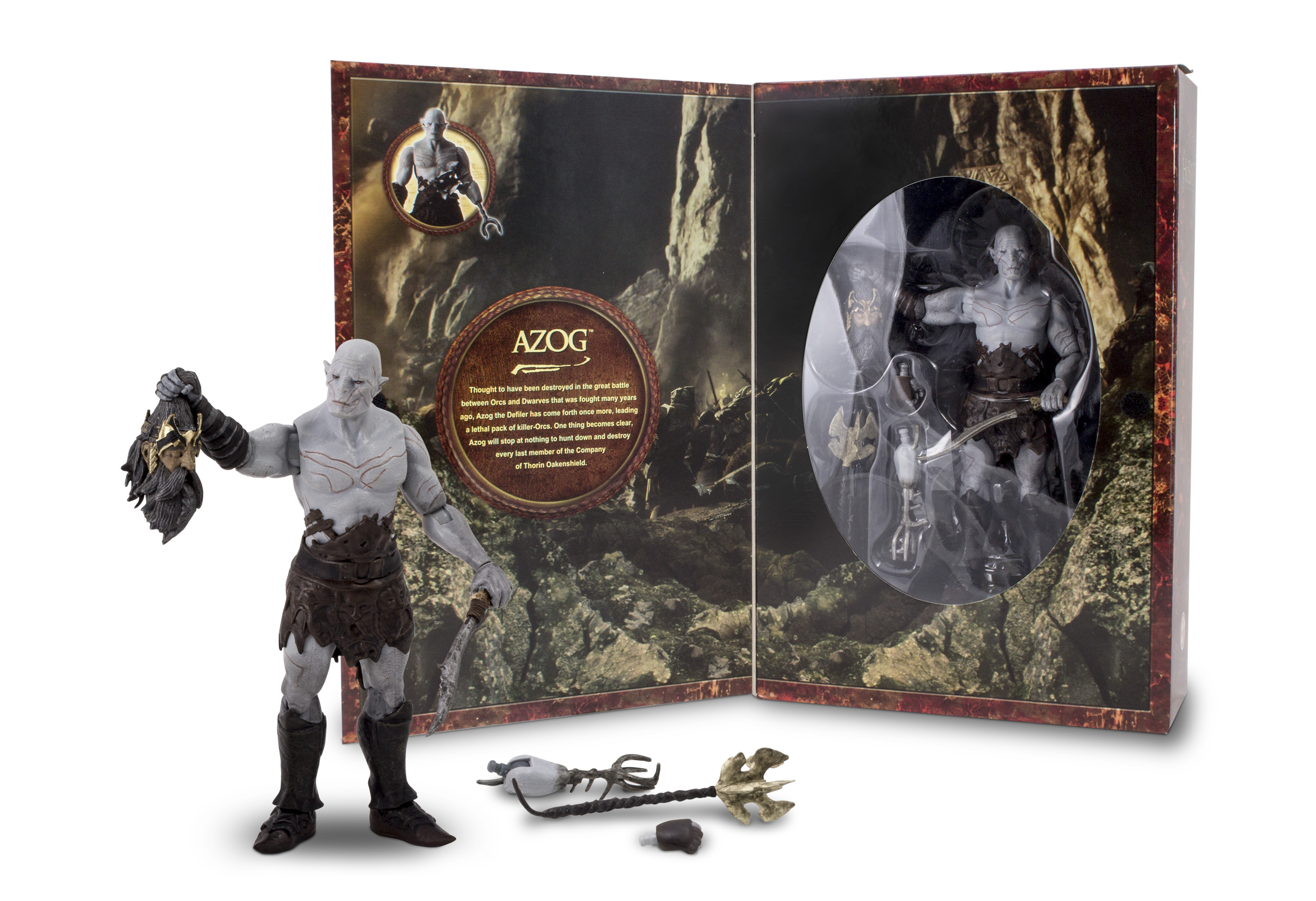