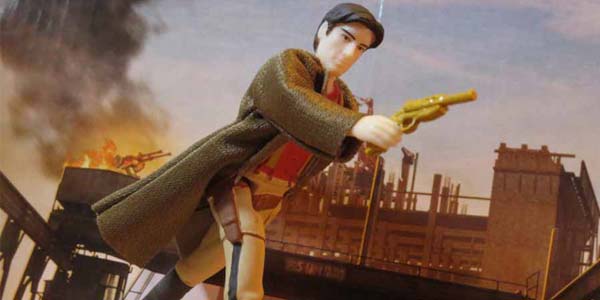 Funko and Super7’s highly anticipated ReAction figures are just about here, but Comic Con offered some very cool teases to the new retro toy line, including a special edition Mal figure from Firefly, which includes his iconic brown coat, a must have accessory for any Firefly fan.

The Mal figure himself is pretty cool.  The sculpt depicts our Captain in his red shirt, suspenders and cowboy-like boots, as seen in the series.  His head sculpt does a great job of capturing the 80s Kenner aesthetic, meaning that while the likeness to Nathan Fillion is not really there, it’s easy to identify this guy as Malcom Reynolds.

Mal includes his gun, charmingly taped to the inside of his coffin blister packaging, and he can hold the accessory well in his right hand.  The figure features the classic five points of articulation, once again aping the Kenner design to a tee.  The paint apps on this guy are crisp and clean, and quite eye catching– the red shirt offsets very well against the brown coat, which is think enough that it does not inhibit the figure’s intentionally limited articulation at all.

The Browncoats were such a major underlying through line on the cult TV show, it seems a shame that Mal with his jacket would be relegated to a limited edition convention exclusive… especially considering the figure underneath the cloth accessory is identical to the regular retail version.  Mal with his coat feels like it should have been the standard edition of our Captain, in my opinion.  But by releasing this SDCC edition, at least the coat exists.  And Entertainment Earth will be offering fans who couldn’t attend Comic Con another chance to get Browncoat Mal right now– You can Click Here to preorder yours right now.

Funko did a great job with the retro style Malcom Reynolds figure.  He captures the Kenner aesthetic perfectly, and serves as a nice teaser for the rest of the Firefly ReAction series coming soon.  Having Captain Mal in hand, I know I cannot wait to assemble the rest of the Serenity crew! 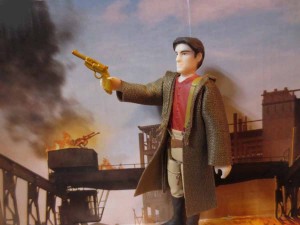 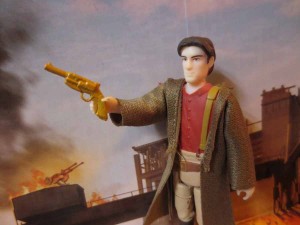 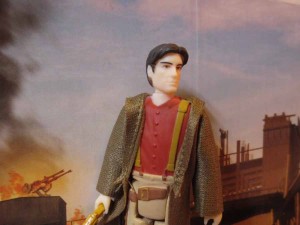 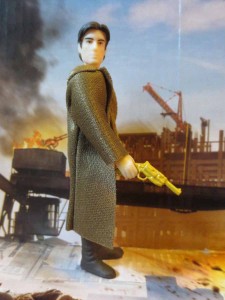 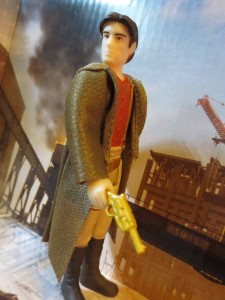 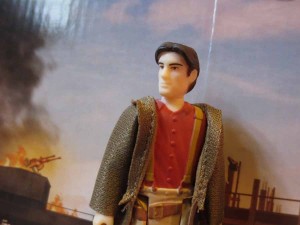 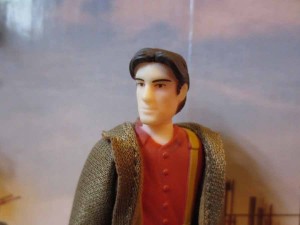 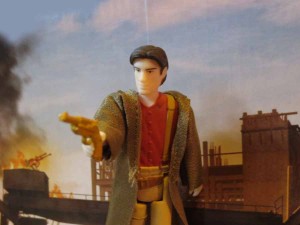 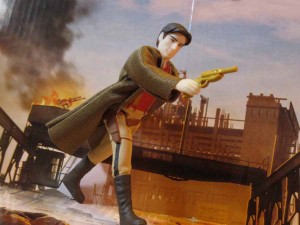 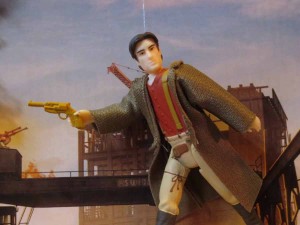 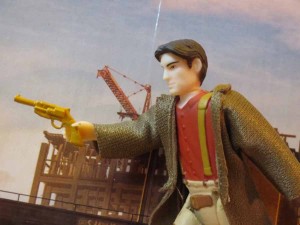 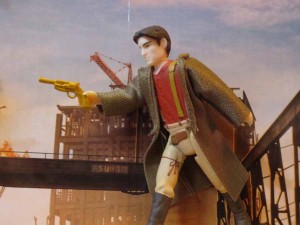 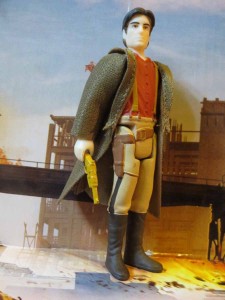 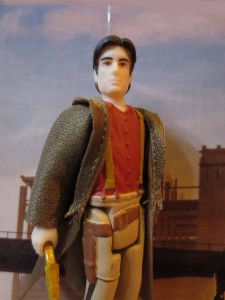 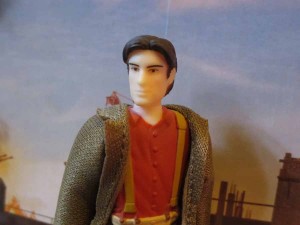 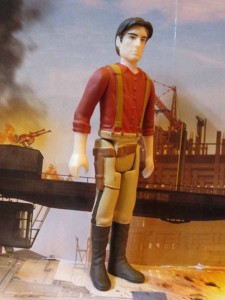 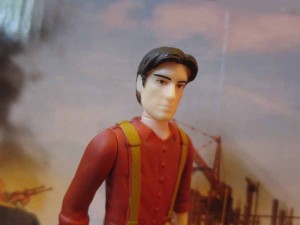 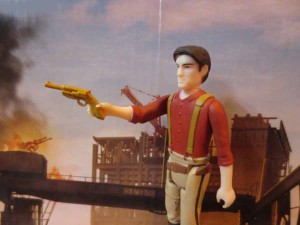 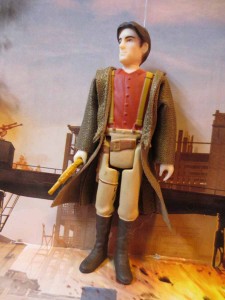 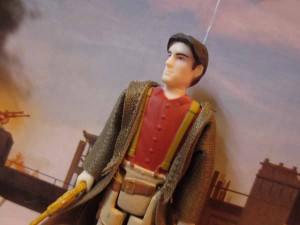 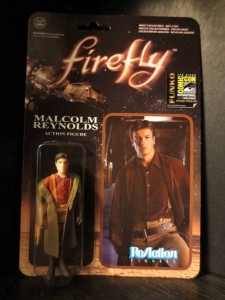 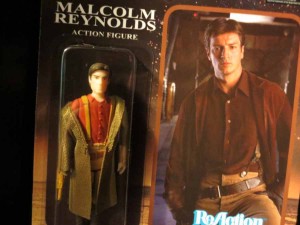 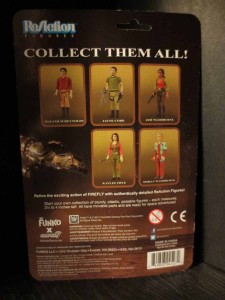