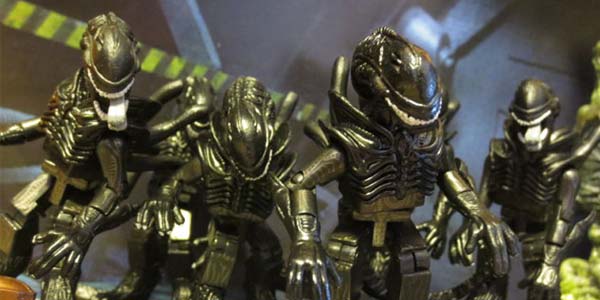 One of the latest properties to get the MiniMates treatment is Aliens, and I couldn’t be happier about it.  Aliens is an all-time classic, filled with terrifying monsters and cool looking tough guys to fight them.  Plus, Paul Reiser!  And for Diamond Select’s first wave of figures– available in single-packed window boxes– they cover quite a few corners of this cinematic universe.

The line consists of six figures, three humans and three Xenomorph variants, and I like the character selection a lot.  Pvt. Wierzbowski is the first armored Colonial Marine we get in this line, and he is joined by crew chief Pvt. Spunkmeyer and the duplicitous company man Carter Burke.  For the Xenomorphs, we get a normal, closed out version of the creature, a battle-ready open mouthed version, and a battle damaged variant covered in acidic green blood.

All three Xenomorphs share a lot of tooling, which is a good thing, as it makes them very effective to army build.  You can amass a horde of monsters very quickly, with just enough variety to not have them look too uniform.  The creatures are very well done, with an all new, slightly cartoony headsculpt that packs a lot of almost cute personality into the largely featureless, iconic visage of the Xenomorph.  The sculpt-heavy Xeno MiniMates feature an added height and bulk as well, thanks to a nicely rendered chest overlay, conveying their exoskeletal look.  And arm and leg extensions add both height and appropriately spindly fingers, elbow spikes and clawed feet to give this figure a very unique appearance among MiniMates.

There’s also some really intricate paint work on these figures, even if they are largely one color.  Underneath the overlays, the Xenomorph’s bodies feature silver and grey line work to represent their segmented, insect-like body armor, adding more depth to their overall look.  I also love the white teeth and the bright green blood splatter on the battle damaged versions, which are very eye catching paint apps when set against the figure’s dark color pallet. 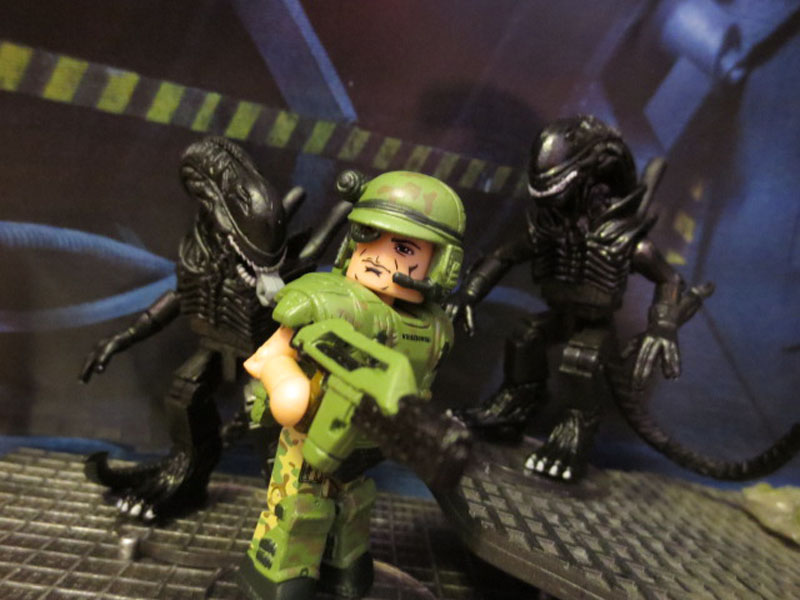 The humans are no slouches, either.  One of the coolest things about Aliens is the all-time great design of the Colonial Marines, and I’m glad that they will be included in the MiniMates collection.  The Wierzbowski figure suggests our complete squad of Marines will look great, thanks to the newly sculpted helmet, feet with shin guards and armor harness overlay.  The colors seem a bit light, but they’re easily identifiable all the same, and stand out well opposite the Xenomorph attackers.  Wierzbowski includes an alternate un-helmeted hairpiece (a feature I’d love to see continue for the rest of the squad), as well as a pulse rifle.

Spunkmeyer is the other launch wave Marine, and he looks great in his tan flight suit.  The pilot’s helmet is removable, revealing his buzz cut hair underneath, and he comes packing a pistol which he can hold in either hand.  He might not be as flashy and visually impressive as Wierzbowski or the Xenos, but Spunkmeyer is still a welcome addition to the Marine crew.

Rounding out the set is slimy corporate scumbag Carter Burke, depicted with the perfect charismatic yet smug facial expression and sporting his plaid shirt and tan vest, as seen in the film.  Carter is the closest thing to a bad guy we get in Aliens, actually, so it totally makes sense to include him here, though I’m not gonna lie– I’d love to see a second “deleted scene” variant of the Weyland underling trapped in his Xeno cocoon somewhere down the line, as well.

The Aliens Minimates are without a doubt some of the coolest I have seen from Diamond Select’s long-running line.  Each figure is totally fun, blending screen accuracy with the cool MiniMates aesthetic in neat and inventive ways.  The ease of army building Xenomorph warriors makes a full case of these single-boxed figures a very appealing offer, and the depth of character selection suggests to me that Diamond Select has plans to go deep with this awesome franchise in the months and years to come.  I cannot wait! 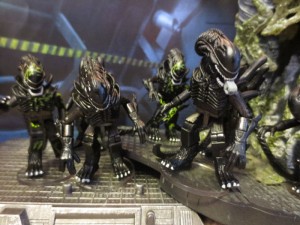 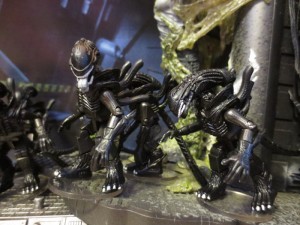 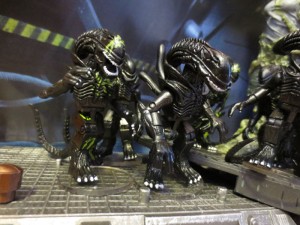 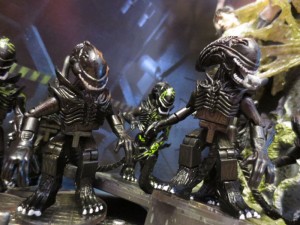 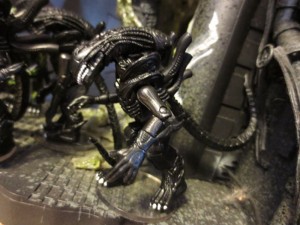 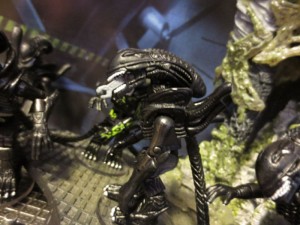 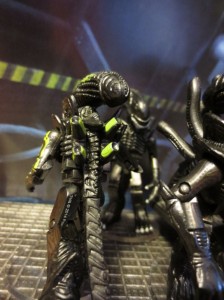 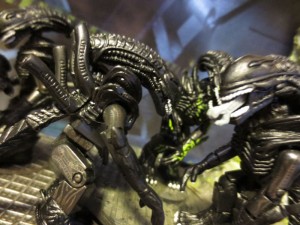 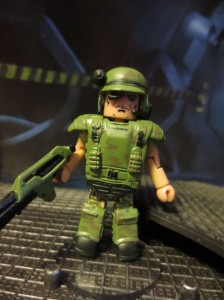 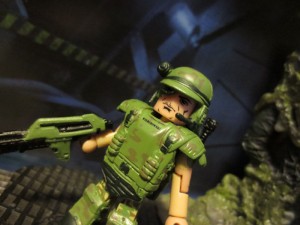 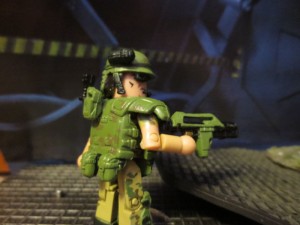 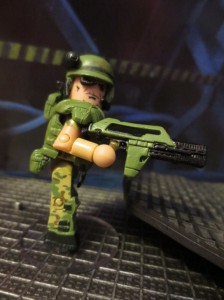 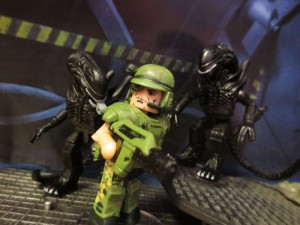 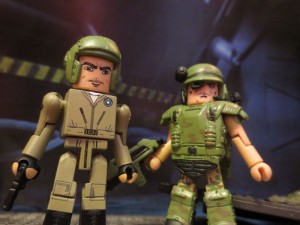 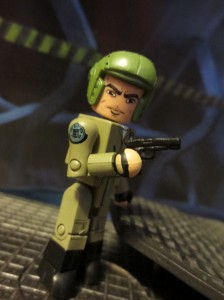 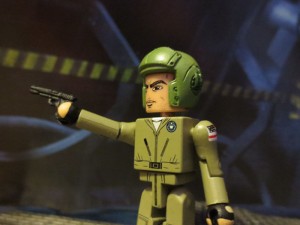 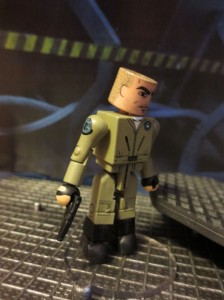 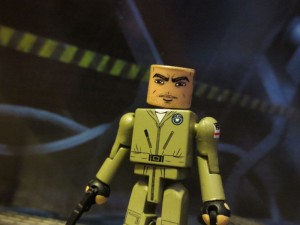 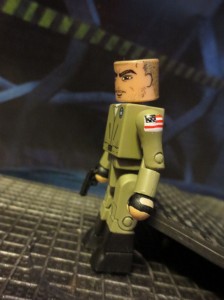 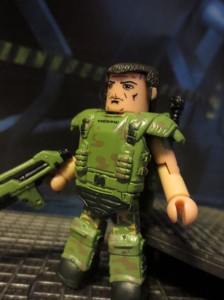 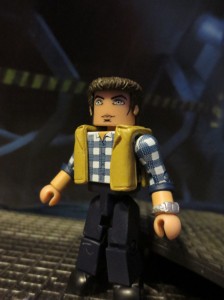 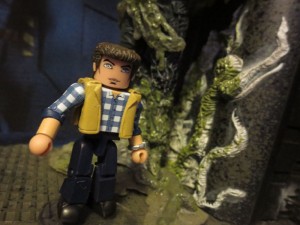 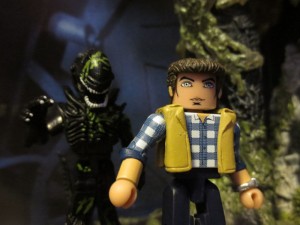 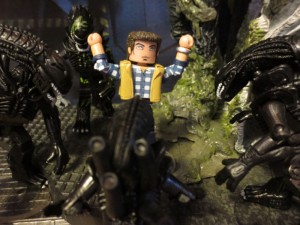 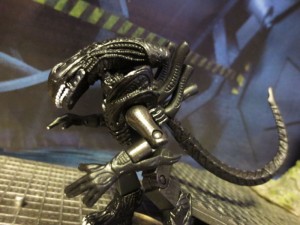 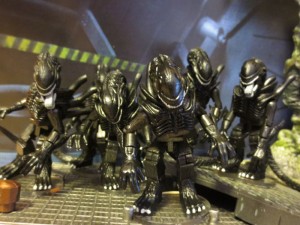 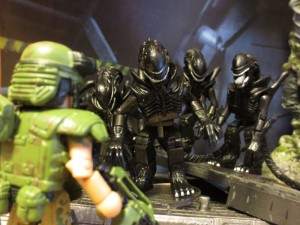 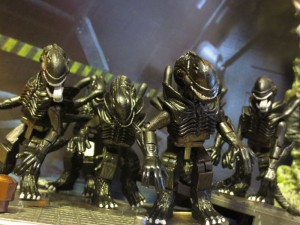