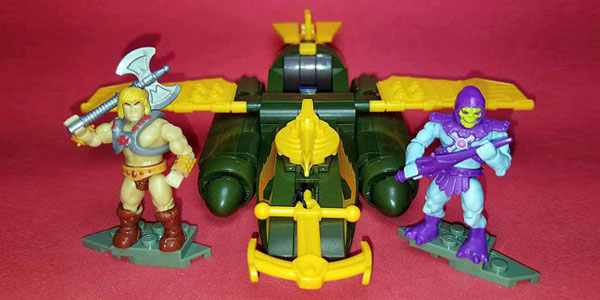 Mega Construx has expanded their Masters of the Universe sub series with the first buildable MOTU vehicle set.

Mattel may have found something of an action figure renaissance in Mega Construx’s Masters of the Universe sub series of their building blocks collection. The figures are small, well-articulated, and are outfitted with their signature accessories. With the toy line squarely placed in the construction realm, it was inevitable that all the exciting vehicles and playsets would “build” on the adventures of He-Man and the heroic masters versus Skeletor and his evil warriors. The inaugural vehicle in this series is the Wind Raider. It embodies all of the diminutive charm of the figures it can carry into battle.

First, one cannot overlook the figures that accompany the Wind Raider. Some may say that they already own He-Man and Skeletor, and they are an unnecessary inclusion. If you look closely, however, more lies below the surface. There are slight yet essential deco and accessory changes that make them as must-have as the vehicle. He-Man has a more silvery armor and now includes his axe, unlike the first release with his slate gray harness, sword, and shield. I hope we see a silver sword and shield down the line to complement this superior execution. Skeletor now has full purple boots and includes his toy’s purple power sword. I appreciate Mattel filling in those deco variations and missing accessories in a meaningful way.

The Wind Raider itself assembled easily enough. I am not a LEGO builder, but I found the instructions easy to follow. Children may need an adult to help them. In hindsight, I should have taken inventory of my parts before building to ensure I had what I needed before I got stuck. Having the part count in the beginning of the instruction booklet versus the end would have helped. The little flourishes were great, such as the flames from the thrusters, the radar screen, handles, and the working tow anchor with hood crank faithfully recreated.

It’s tiny size is very eye-catching and a strength; it won’t take up a ton of real estate on your shelf. If I were to make any changes, I would have made additional seating for other passengers and a clear flight stand so it could be posed in midair flight. Perhaps if I purchase another one down the line, it may be a project I will undertake? Curiously, I wound up with two light green hexagonal parts that appear to have no place in the assembly of the Wind Raider. They are tallied parts in the instruction booklet, but nowhere do I see their implementation. The other 2 light green slats are stabilizing pieces that are removed from the underbelly when complete. I am using these parts as substitute figure stands. Maybe these are pieces to be using in a future Castle Grayskull playset. That certainly would be an interesting tease!

The Wind Raider construction set is hopefully a glimpse of what we will see in the near future. The vehicles and playsets put the “universe” in Masters of the Universe and there is a greater chance at completion than what we have seen with the Classics collection. I can’t wait to see what the future has in store for this Mega Construx series. 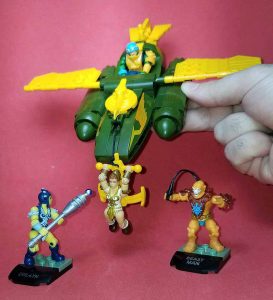 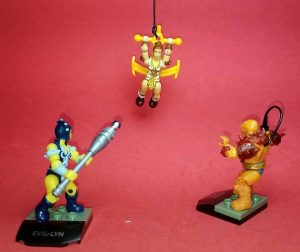 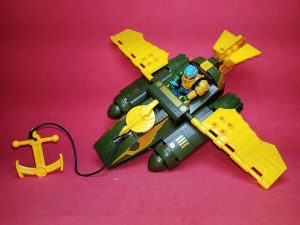 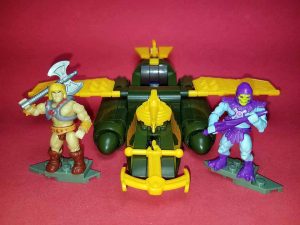 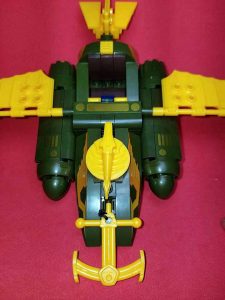 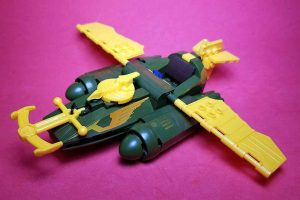 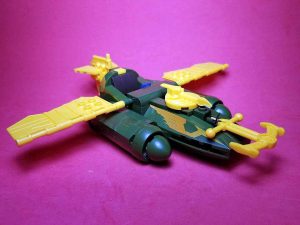 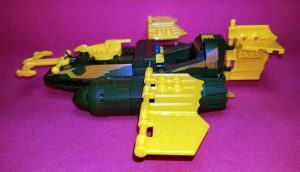 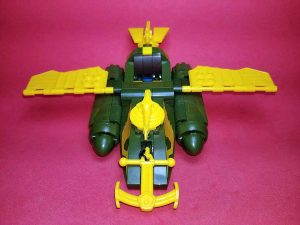 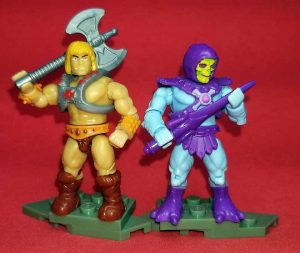 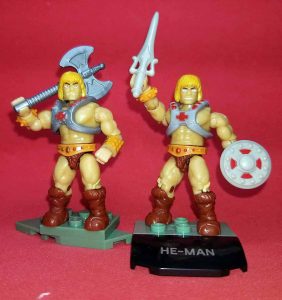 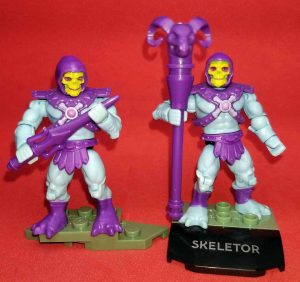 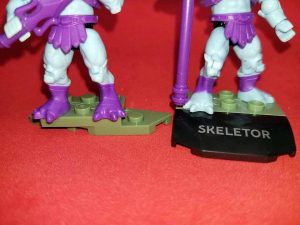 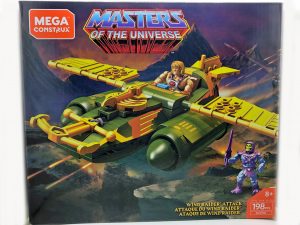 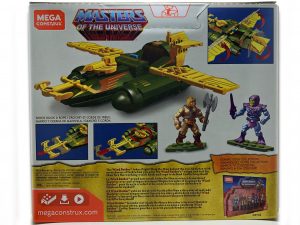