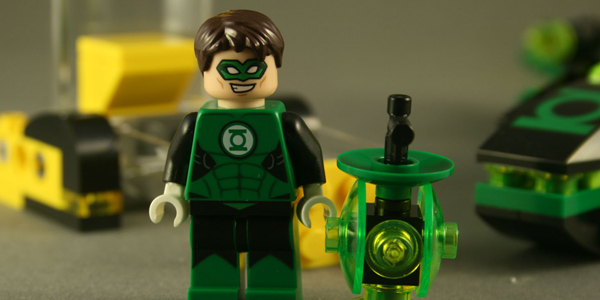 Sinestro and the Green Lantern are at it again, and Batman is caught in the middle of this new DC Superheroes Lego set.

The newest small set of 2015 helps to expand the DC universe in Lego form. The past few years worth of sets have focused on the Batman world, but this year the rest of the Justice League is getting its time in the spot light.

The name of the set gets right to the point, Green Lantern Vs. Sinestro, with Batman as only an add in to get the parents to buy the set. It is nice to see that we don’t have to add another Bat-vehicle to our collections just to get other heroes. 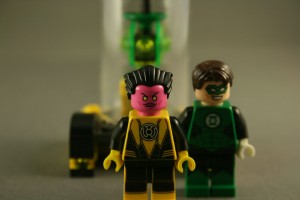 The minifigures are simple and perfect, giving fans classic looks for the Lanterns and a new Batman for the cave. Hal is in his original-ish GL costume, while Sinestro is in his Yellow Lantern costume. Batman comes in a space suit with a new type of cape/wings. they are not the typical wings made from hard plastic, instead they are made from plastic sheeting. They look good on the figure, but I wonder about the longterm storage and wear on the plastic.

There is a small and large build in the set, both focusing on the Lanterns. The smaller build is a containment unit for Hal’s lantern. Quick and simple, but the lantern is too large for the figure. the accessories are usually much larger then they should be, but it would have been nice if they made it smaller. He can’t hold it once out of the build, as it is almost as big as him.

The second build is a Green Lantern ship. It’s a small space fighter, with great details on the piece. There are two small launching guns, which are much different then the normal launchers in the Lego lines. The set overall is well done, but they missed an opportunity to really make this set pop. Most of the constructs that the lanterns make are translucent, but both builds barely use those type of bricks. If they had made both builds out of the translucent blocks this would have sold multiples to collectors, allowing them to create even more constructs and builds from the pieces. 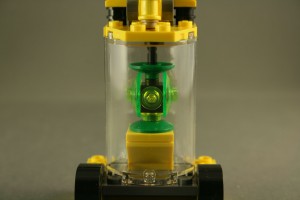 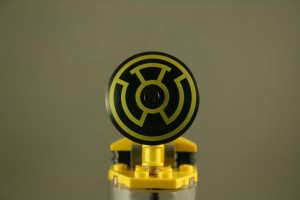 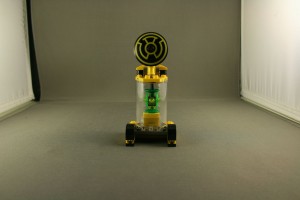 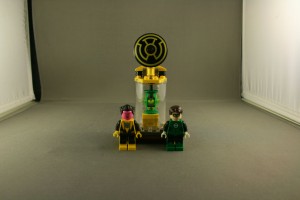 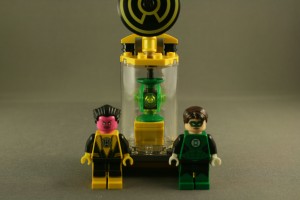 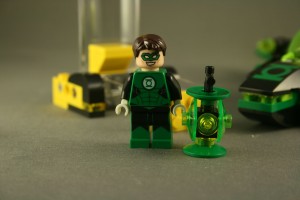 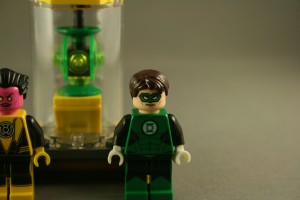 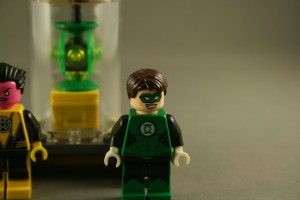 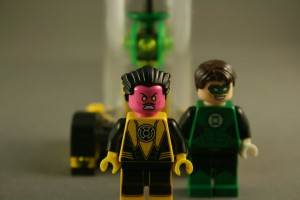 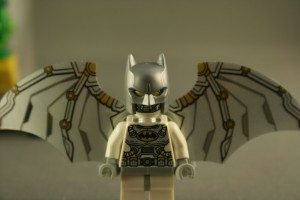 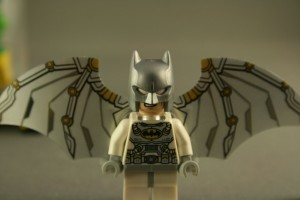 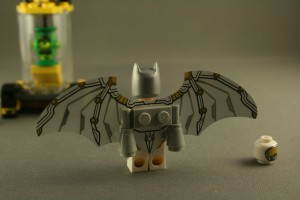 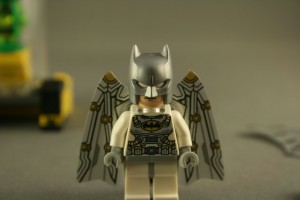 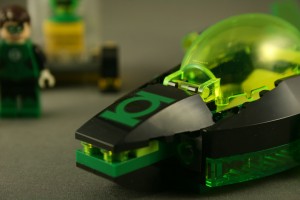 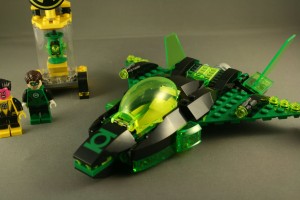 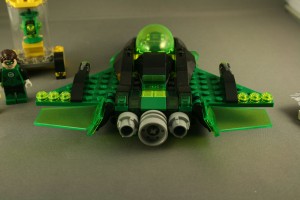