Here Is Caesar From Dawn Of The Planet Of The Apes 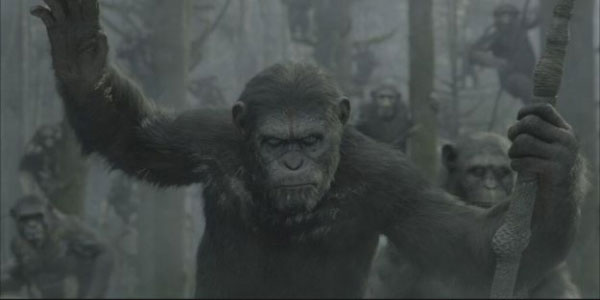 The new Planet of the Apes movie screened a new clip at Comic Con, and now the first image from the film has hit the web.

Now, after the showing in San Diego, we get our first look at Caesar, the ape leader who appears to be in full on general mode this time out, commanding his forces with the same determination as his namesake.  I’m stoked to check this movie out, and curious how closely it will remain the the classic POTA wheelhouse– since the nuclear explosion that wiped out humanity in the original has been replaced by a virus in the new movies, they obviously won’t be directly related.  And the viral video below indicates they’re clearly keeping the focus on the outbreak at the end of Rise in the new movie chronology.

What do you think? Are you ready for a return to the new Planet of the Apes?