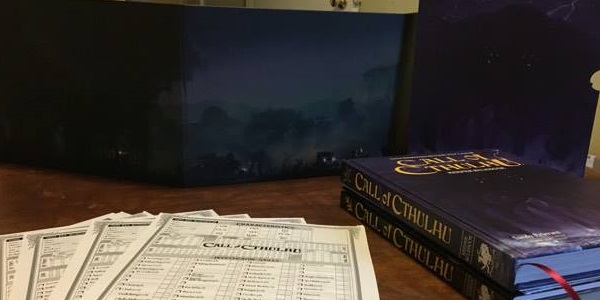 Available in print for the first time since it’s Kickstarter concluded on June 29, 2013, The Call of Cthulhu 7th Edition Slipcase Set is insanely close to perfect.

Call of Cthulhu is one of the Old Gods of the RPG scene, with it’s original ruleset debuting in 1981, fronted by geek legend Sandy Petersen and published by powerhouse RPG publisher, Chaosium.  The game is based primarily on the work of H.P. Lovecraft, the 20th century surrealist horror novelist, and takes place within the alternate 1920’s of his novels centered around what is now referred to as the “Cthulhu Mythos.” The game’s main themes are that of investigation, science, horror, mystery, religion, and most importantly madness.  Unlike your typical RPG which focuses on proactive characters with the means and motivation to affect change, Call of Cthulhu instead focuses on the smallness and weakness of its protagonists as players set out to solve and survive mysteries that are bigger than themselves in both scale and comprehension.

The product weighs right around eleven pounds total, and comes in this highly displayable and sturdy cardboard slipcase.  My copy was shipped very professionally, which maintained the integrity of the product itself as well as the condition.  Inside the slipcase there are three items of note.  The Keeper’s Rulebook, The Investigator Handbook, and the Keeper Screen.

The Hardcover Keeper Rulebook weighs around 6.5 lbs, and the Investigator Handbook weighs around 4 lbs.  Both are your standard 11″x8.5″ letter size, and both books are quite the read, with 445 and 284 (respectively) full color high gloss pages filled with diagrams, tables, charts, and indexes.  The real standout here though is the art.  Lovecraft inspired art has always been quite the trip, but the tone of each illustrations will really help new players understand the content of the narrative.  For added flair, there’s an attached red cloth ribbon to use as a pagemarker for both books (Way to keep things classy Chaosium.) In order to properly be able to run an extensive or complex Call of Cthulhu 7th Edition game, the large rulebooks are a neccessary evil to understanding the system.  The layouts of the books is pretty much the same as other RPG’s, but considering the reliance on the Lovecraft times and themes, there are also examples of architecture, technology, and politics which give each session historical accuracy and context.  Both the Keeper Rulebook and the Investigator Handbook are chocked full of examples of play and breakdowns to make the game easier to understand, but there are also tips regarding fashion, vehicles, art, scientific discoveries, and music to really make the setting come alive.

Beyond the books, this set comes with a keeper screen, constructed with the same care as the slipcover case, which is an invaluable tool for would-be keepers containing useful rule breakdowns and simplifications to keep the state of play in motion.  Keeper’s can use this 34 inch cardboard screen as an assistant instead of having to reference the rulebook constantly, while the art facing the players acts as a thematic reference as well.  Included with the 3-panel Keeper Screen are two easy play scenarios (Missed Dues and Blackwater Creek) complete with pre-rolled Investigators and pre-generated maps, locations, and clues, speeding up the lengthy creation aspect of the game to allow players to jump right in.

What I really enjoyed about the set though still has to do with the references to the time period.  The game comes complete with three medium sized four panel maps that showcase the environments of the city of Arkham Massachusetts, the larger Lovecraft (Commonwealth of Massachusetts) Country, and the global map of the strange and foreign locations where the weirdness of the mythos seems to gravitate.

All in all, this set is the perfect set for budding Keepers.  If you’re wanting to play a casual game, or have been invited to play in a Call of Cthulhu game, you might be better off springing for the PDF or just the Investigator Handbook.  If you want to run a game of Call of Cthulhu, this is everything you’ll need to get started.  It also doesn’t look bad on a shelf.  The cost of the set is fairly steep for the casual fan at $129.99 (not including shipping) with the cost of each item contained adding up to around that price exactly (You can buy the Keeper’s Rulebook, Investigator Handbook, and Keeper Screen all individually on Chaosium’s Cthulhu Store.) But this is the better buy for all three, as it comes with the slipcover for either travel or display and storage purposes.  For the quick and dirty route, there are PDF’s available for each part of the set as well, but personally I feel like digital assets fail to capture the substance of the system (and you get the pdfs free with the print copies.)  Call of Cthulhu as an RPG may seem daunting at first, but when the setting comes alive it has no equal.  There’s a reason that when it comes to the horror RPG, there’s no bigger name than Cthulhu. 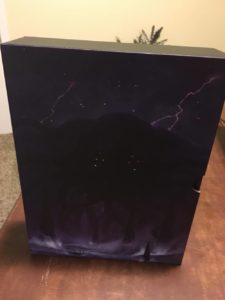 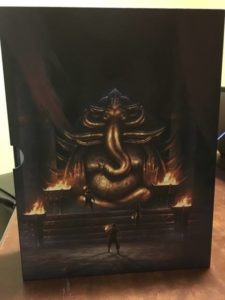 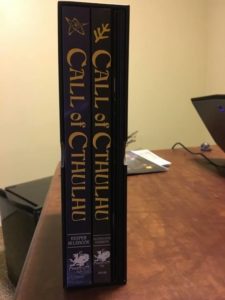 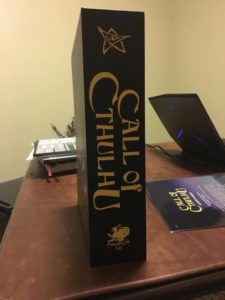 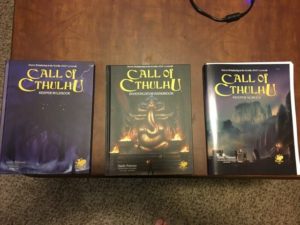 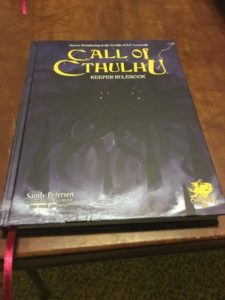 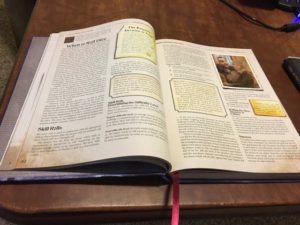 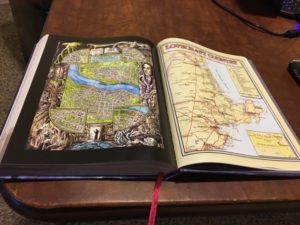 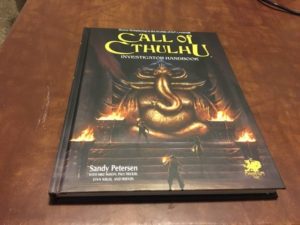 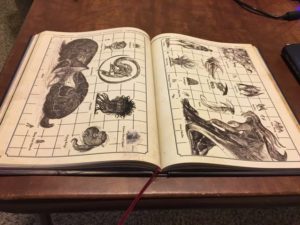 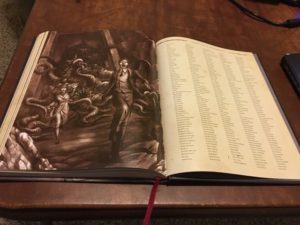 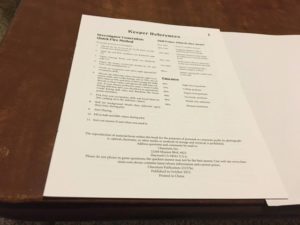 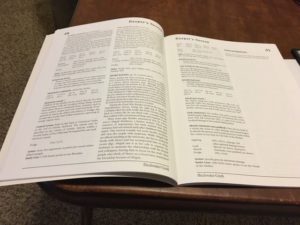 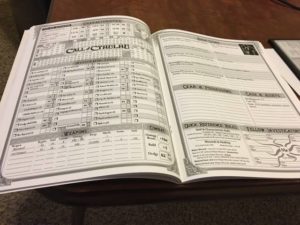 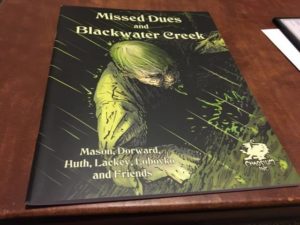 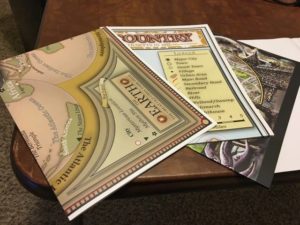 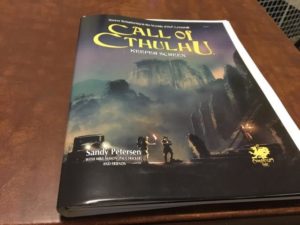 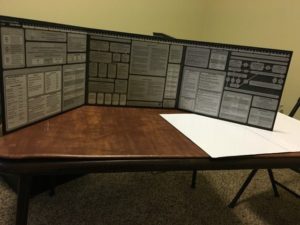 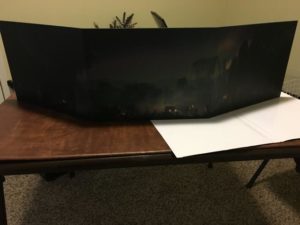