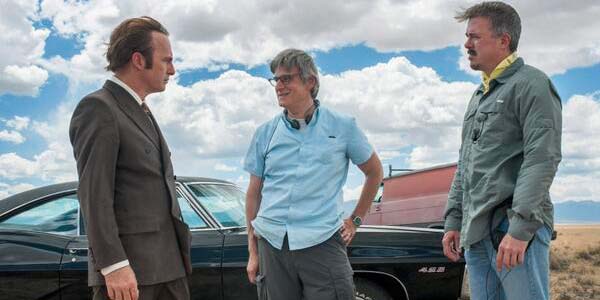 The Breaking Bad spinoff will be at least two seasons long, but is off to a late start.

The bad news: The premiere of the show, originally intended for this Fall, has now been pushed back to early 2015.  If I had to guess, I’d assume it will start early enough to dovetail into the final season of Mad Men… or run simultaneously, to deliver two potentially awesome hours of TV.

So we’ll be getting a lot of Saul in the future, just not as soon as we were hoping.  If you need your Odenkirk fix in the meantime, I’d heartily suggest watching FX’s Fargo, which guest starred the actor in a very different role than Saul.  As for me, I’m fine being patient… especially if we keep getting teases, like the first photo from the set, which you can see up top.