Better Call Saul Takes Place Before, During & After ‘Breaking Bad’ 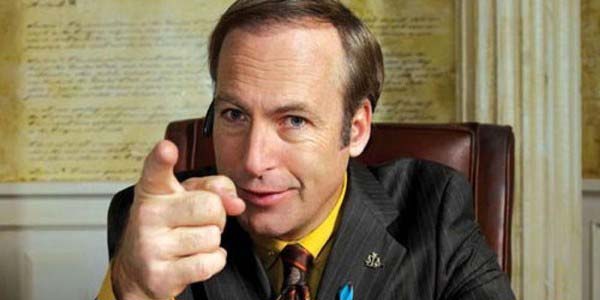 New details suggest AMC’s Breaking Bad spinoff might be even more amazing than we imagined.

In general, I hate prequels.  But I love Breaking Bad, and I really, really love Bob Odenkirk.  And as the legendary Meatloaf once said two outta three ain’t bad, so that was enough to leave me officially stoked for Better Call Saul– the Breaking Bad spinoff which stars Odenkirk’s slimy and shrewd lawyer Saul Goodman– despite it’s apparent status as a prequel to the hit series.

Now, it looks like my partially blind faith has been rewarded, because Saul producer Peter Gould told the NY Daily News that the new show will jump around in time… including some stories that run in tandem with the events of Breaking Bad… and even some that take place after Walter’s fateful standoff.

This makes the show infinitely more interesting in my opinion, since the storyline’s outcome is not exactly predetermined (not that that affected my enjoyment of the saga of Walter White, whose fate was kinda sealed from the pilot).  However, this also runs the risk for what could have been some very welcome familiar faces popping up turning into a Breaking Bad reference parade.  Fan nods can be awesome, but a dearth of them would probably leave Saul kind of dull and definitely not its own creature, which I truly believe it has the potential to become.

I’m staying positive, because co-showrunner Vince Gilligan never steered me wrong with Breaking Bad (and my afformentioned love affair with Bob Odenkirk).  Fingers crossed, they keep the cameos to a minimum, and use their timeline to its full advantage, as both a prequel, sequel and supplement to one of the greatest shows in modern television… while not being afraid to break out into its own thing entirely.