Affleck wasn’t even on my list of guys I wanted to see as Batman, but after he was announced I was okay with it.

Almost a week has passed since Ben Affleck was named as the next man to don the cowl in the next Man of Steel move that is slated for 2015. Once news hit the net fanboys unleashed the hounds of hell Warner Bros and DC comics. Post and articles showed a range of emotions from anger, to confusion, and disappointment on the Affleck casting. More than 24,000 people signed a petition at change.org calling on Warner Bros to change the casting of Affleck, and some even petitioned President Obama to stop this casting.

Rumors circulated in the weeks before the announcements about the short list of actors being considered for the role, but not one mention of Affleck until the announcement. Now don’t get me wrong Affleck wasn’t even on my list of guys I wanted to see as Batman, but after he was announced I was okay with it.

There are two main reason why I think Affleck will make a great Batman: 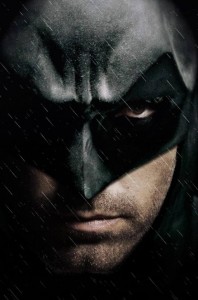 Many have citied Daredevil as a reason Affleck should not be the next Dark Knight, but any issues with that film are with the plot and editing not his portrayal of the hero. And for those of you who haven’t seen the director’s cut of Daredevil check it out, it might change your opinion.

How quick people forget that when Michael Keaton was casted as Batman there were the same rants. Most of the negativity was due to Keaton’s comedic acting in Beetlejuice, Mr. Mom, and Gung Ho. Once the film was released many of those jeers turned to cheers. Heath Ledger was another example of questionable casting. He was cast to play Batman’s most famous, iconic, and insanely dark villains, The Joker. Fanboys were screaming bloody murder about the 10 Things I Hate About You stud would destroy the franchise, only to turn it into one of the most memorable film performances ever.

Ben Affleck will prove those doubting him that he can be Batman. He has time to train, get into the head of the Dark Knight and if he has any questions he can turn to none other than one of the biggest Batman fans, sorry not you Jay Q, Kevin Smith. Until the film is released fanboys need take a deep breath and calm down. Hell if Joss Whedon believes he can pull off Batman who are we to doubt the geek god.