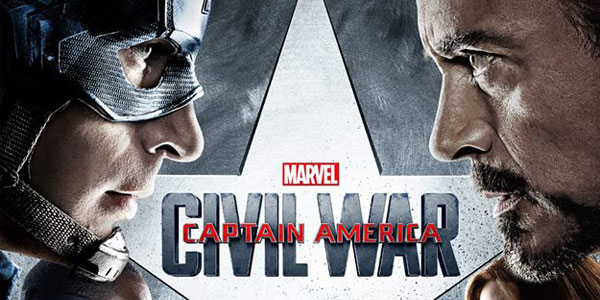 Marvel’s first true “crossover” movie is their most ambitious, biggest film yet.

When it comes to comic books, there has always been a clearly established system for how to “up the ante.” It starts with a solo story, starring one core hero. Marvel Studios has mastered this format with many of their past movies, like Iron-Man, Thor, Captain America, and even more recent entries like Ant-Man.  When you want to go bigger, there’s the team-up, another trope Marvel has translated to the big screen with great success with The Avengers and Guardians of the Galaxy.

But there’s another step up in the comics, even bigger than a team story– a crossover. The crossover, which became hugely popular in the late 80s and 90s, connects multiple fully formed stories featuring different characters, which all connect together into an over-arching narrative.  We’ve never seen a comic book movie– from Marvel or anyone else– expand to the scale of a legitimate crossover… until now.  This is one of the major reasons Captain America: Civil War feels like an exciting step forward in the already groundbreaking Marvel cinematic universe.

The other thing that makes Civil War such a success is how well it pays off elements set up in not only the previous two Captain America movies, but threads that have existed in the Marvel movies reaching all the way back to the first Iron-Man.  This is a story (or, more accurately, a collection of stories expertly woven together) that makes better use of the interconnected continuity these movies share than we have ever seen before.

I’m trying to avoid delving too deeply into the twists and turns of the expertly-constructed plot of Civil War, so as to avoid spoilers… but the movie’s true all-stars are returning writers Christopher Markus and Stephen McFeely and returning directors Anthony and Joe Russo.  The balancing act these filmmakers manage to strike, incorporating over a dozen characters we already know from previous movies, introducing two major new players with Black Panther and Spider-Man, extending the long-running character arcs of Tony Stark, Captain America, and most of the other Avengers, and somehow still making this feel like it’s still truly Captain America’s story being told.  We’ve seen many franchises go big with their third installment, only to have the end result become too bloated and unwieldy. Civil War breaks this trend– yes, it’s big, and long, and yes, it feels that way… but the steady hand of the filmmakers never makes the movie feel out of control.

As you probably know, Civil War revolves around the escalating conflict between Captain America (Steve Rogers) and Tony Stark (Iron-Man), as each has a very different attitude toward the collateral damage The Avengers have left in the wake of their previous world-saving exploits. Stark has come to agree with the world’s governments, who are developing a system of checks and balances by which The Avengers and other super heroes will be managed by a United Nations panel. Rogers is concerned about handing this power to any outside force, no matter how seemingly ambivalent it is, and that the heroes’ executive decisions will be safest in their own hands. Both points of view seem reasonable and valid, but stand in direct opposition to one another, and this dispute divides the rest of The Avengers into two divergent sides of the debate.

But the debate quickly escalates after The Avengers’ latest mission leads to more mass-scale devastation, and it boils over when the Winter Soldier– the brainwashed Hydra assassin who was once Cap’s best friend Bucky Barnes– re-emerges, apparently sewing even more seeds of chaos.  There’s a steady escalation to the conflict between Cap and Stark, and the heroes who side with each of them, and by the end everyone has their own philosophical and very personal stake in the struggle.

This is where the crossover element really comes into play. It had been said that Civil War was, in effect, “Avengers 2.5” but it isn’t.  From the always fantastic Black Widow, to Scarlet Witch, The Falcon, Hawkeye and Vision, each Avenger has a clearly defined (and sometimes evolving) perspective on the story, and even their own small arcs within the movie… but their stories manage to feel satisfyingly whole and supportive of– yet never intrusive to– the main plot of Cap and Stark’s war.

One of the new faces in Civil War is Chadwick Boseman’s Black Panther, the latest in a long line of brilliantly cast and perfectly realized characters in this ever-growing film universe. From his regal demeanor (being a Prince of the fictional nation of Wakanda), to the motivation behind his super heroic alter ego, Prince T’Challa is a very unique addition to the Marvel roster. Fueled by a desire for revenge in the aftermath of one of the Winter Soldier’s attacks, T’Challa starts off as the most literal “Avenger” we’ve seen on the big screen. His allegiances and where his character eventually ends up feel completely organic, and after his big “hero moment” toward the end of the movie, I’m very excited to see Black Panther’s solo movie on the big screen.

Speaking of solo movies, the one thing Civil War left me with more than anything was a newfound desire to see next summer’s Spider-Man: Homecoming as soon as possible. Thanks to some shrewd behind-the-scenes deals, Marvel was finally able to introduce Spidey to the rest of the shared Marvel universe, and the new version of the wall-crawler, played by Tom Holland, is hands-down the best cinematic Spider-Man of all time. Wisely, Civil War skips Spider-Man’s well-known origin, picking up with Peter Parker already super powered and making a name for himself as a crime fighter on the streets of New York. Spidey’s crossover in Civil War is way more than a cameo, as he is recruited to Iron-Man’s team ahead of the inevitable throwdown between the two camps of super heroes. It’s in this breathtaking showdown that the casting of the young Holland as Spidey really shows its genius. Spider-Man has always been one of Marvel’s most universally identifiable super heroes, and seeing this skinny, wise cracking kid scrapping with gods and monsters and armored warriors lends Peter a unique vantage point on this increasingly fantastical world. He’s not a civilian… but he’s not quite one of these legitimate super heroes yet, either. It’s a perfect place to introduce the most human hero in the Marvel universe, and I can’t wait to see what comes next.

Some of Marvel’s past films have been clunky and awkward in the way they add these world-building side stories into the main plot of the movie (most notoriously Iron-Man 2 and the recent Avengers: Age of Ultron), but Civil War‘s great crossover approach means these character introductions are woven organically and effectively into the main story of the film. There’s so much going on, it honestly shouldn’t be able to all come together as well as it does, but that’s a true testament to the talents of the crew behind the scenes at Marvel Studios.

We are treated to many great character moments during Civil War‘s run, and– unsurprisingly– the action is just as wonderful. The movie features a number of great set pieces which culminates in the super hero royal rumble I mentioned before. Taking place at a mostly abandoned airport, this is the biggest and most outlandish super hero battle ever committed to film. Stuff happens during this fight that I never imagined I’d see in a live action movie, and not only did it never really erode my suspension of disbelief, it warmed the geeky cockles of my heart. Each character has a unique fighting style, and this battle is packed with moments of simple and pure joy as these heroes bounce off one another, exchanging as many quips as fists, like a meta-human Ocean’s Eleven in the midst of a divisive argument.

That set piece is so big, it would be the finale of any other action movie I can think up, but Civil War moves past it into a final act that is without a doubt the most distinct among all of Marvel’s movies. The movie plays with our expectations, making us feel as unprepared and off-center as our heroes are left, and things get dark in some surprising and unexpected ways before the credits roll.

Civil War is the third and final(?) installment in the Captain America series, but it also serves as the beginning of another trilogy, which will be continued by the same filmmaking team in the third and fourth Avengers movies two years from now. By the end of Civil War, Marvel’s cinematic universe has been profoundly and permanently changed… and I am beyond intrigued to see where things go from here.