Captain America Will Face Iron-Man On the Big Screen 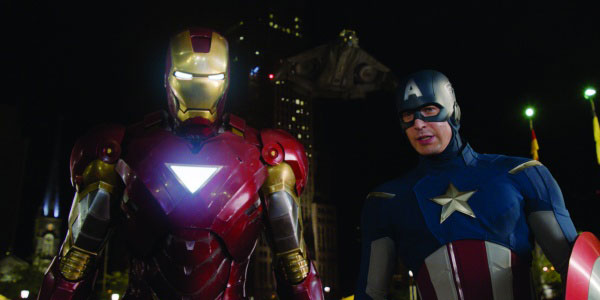 The Marvel Cinematic Universe may be gearing up for Civil War.

Robert Downey Jr has been in negotiations with Marvel Studios recently, sparking many rumors that they wanted him back for a fourth Iron-Man movie.  But now it turns out that isn’t where Marvel sees Tony Stark showing up next– it’s Captain America 3.

Variety reported that Downey will co-star in a story that will see allies Tony Stark and Steve Rogers go head-to-head, a concept that should sound familiar to anyone who has read the 2006 series Civil War.  “Civil War,” coincidentally, is also one of two names being rumored for Cap 3.*

In that story, differing opinions on the autonomy of super heroes leads Steve and Tony to come to blows in an escalating confrontation that leaves heroes dead, Tony as the director of SHIELD and Captain America in chains.  Like all the Marvel movies, I highly doubt an on-screen Civil War would be a direct adaptation (for one thing, nobody in the movies has a secret identity they’re protecting, which was the fulcrum of the plot in the comics).  But I could see the apparently extreme fallout left behind from Age of Ultron being the spark that triggers this breakdown between Cap and Iron-Man.

Badass Digest suggests this is part of an overall curveball strategy Marvel Studios is working on– we all expected Thanos in Avengers 3, but now what we may actually see is a third Avengers movie with no Captain America, and a team of broken and defeated heroes coming together without their leader.  It would be dark and would pave the way for Thanos to threaten the now-defenseless planet.  This would then lead to Avengers 4, which would see not only the heroes of Earth team up with intergalactic allies like the Guardians of the Galaxy, but also usher in a return for big name heroes like Cap and Iron-Man, who may very well sit out the third installment.

That might all just be an educated guess, but it makes sense to me, and I could certainly see it making for an interesting story.  Although having the Civil War play out in Cap 3, along with the continued search for Bucky makes it seem like the film would have to juggle a LOT at once, which is always a risky thing to do.  What do you think– are you confident Marvel can put Civil War and the continued Winter Soldier saga under one movie, or should they split the stories up?  And would you be interested in seeing Avengers 3 if heavy hitters like Cap and Iron-Man were all absent?

(*The other name being rumored? “Fallen Son,” which could be a big clue that Steve Rogers may not make it out of his third movie alive).