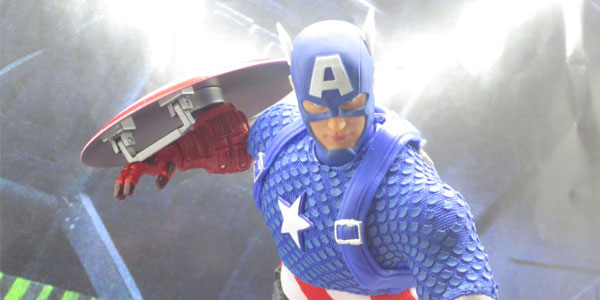 A high-end take on Marvel’s First Avenger joins the One: 12 Collective by Mezco Toyz.

Mezco’s One: 12 Collective has, at this point, effectively carved out its own place in the world of 6″ scale action figures.  With a litany of properties to choose from– whether it’s Marvel or DC, Star Trek or the Universal Monsters– the toymakers have released a number of truly next-level mixed media action figures over the past two years.

Their latest release is the Deluxe Edition classic Captain America, the first Marvel super hero in their lineup, and he serves as a great addition to the overall series, as well as a perfect introduction to the Marvel corner of the collection.  The Deluxe Classic Cap first made his debut at San Diego Comic Con, and now the Con Exclusive is shipping to those of us not fortunate enough to attend Geek Valhalla.

Many aspects of this Con Exclusive Cap figure will soon be replicated in the standard edition modern Captain America figure, but there’s more than enough unique design choices to make this exclusive edition stand out.  While Cap features a realistic aesthetic similar to other One:12 releases– which keeps him from being 100% comic book accurate– he shines due to those very same stylistic decisions.  The figure’s fabric outfit alone is a marvel (no pun intended) worth delving in to… the spandex-like fabric fits the figure’s highly articulated and appropriately exaggerated base body like a glove, while the sequins that adorn Cap’s upper chest provide a nice texture to his costume’s chain mail flourishes, a feature often ignored on toy adaptations.

The figure features bright, eye-catching tones of red, white and blue– a departure from the more muted colors we will see on the modern variant– and this pallet helps to convey the iconic, comic book-inspired aesthetic of the figure. Captain America features two very nice alternate headsculpts– one masked, complete with both the fantastical wings our hero has sported since the 1940s AND a chin strap which adds a level of militaristic reality to the piece, and another unmasked Steve Rogers portrait, which sports a strong, focused expression that underlines the generic all-American nature of his blonde haired, blue eyed features. 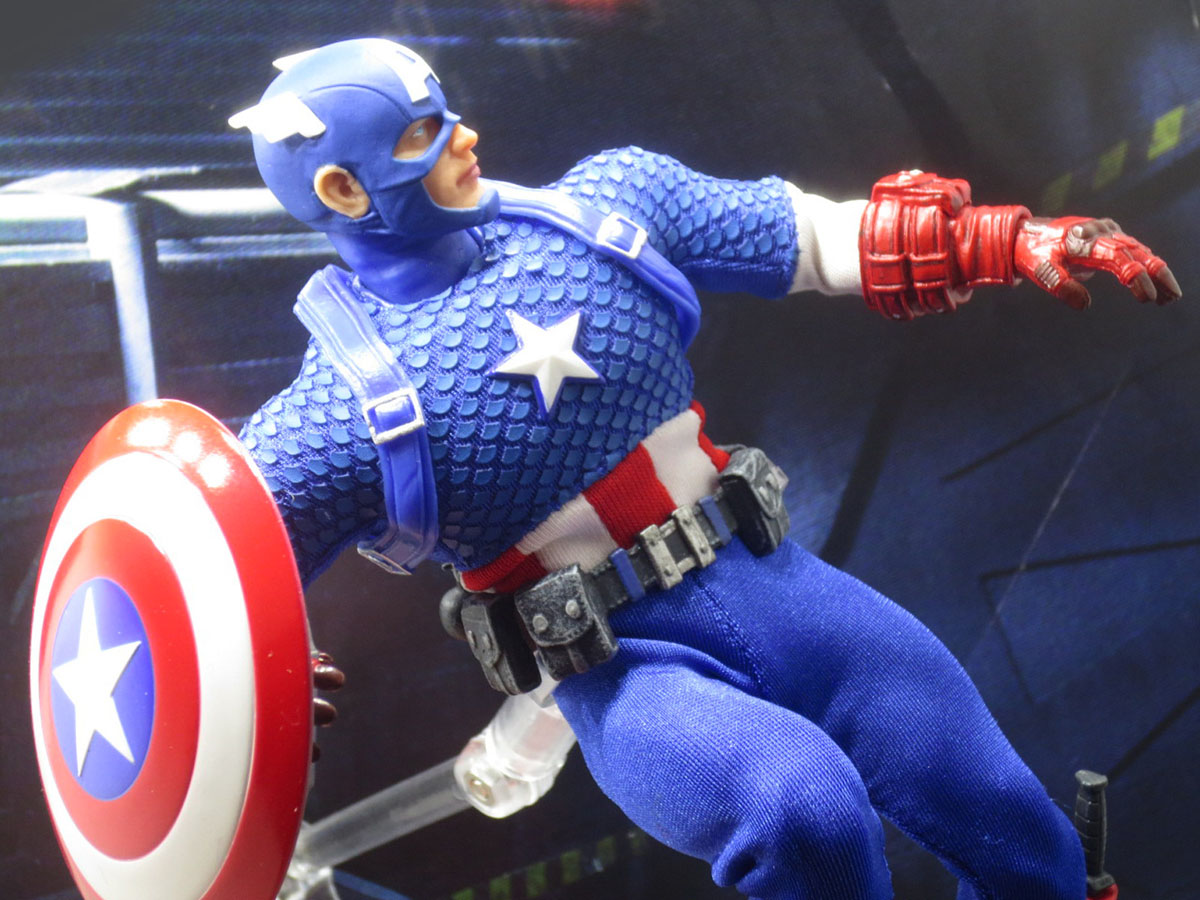 As is the case with past One:12 releases, Cap’s articulation is incredible, both copious in the amount of moving pieces and wonderfully useful in execution. It’s simple to make this figure strike any number of awesome action poses, both with or without his intricate display stand (which is modeled after his iconic shield, and which features and articulated armature to hold the figure upright).

And if that weren’t enough, Cap also includes a variety of character-appropriate swappable hands– including a saluting hand, a hand with index finger pointed with authority to command his soldiers, a pair of fists, and more– as well as Cap’s signature weapon, the shield.  This piece is fantastically rendered, featuring a handle the figure can hold, along with a small magnet that can secure the shield to either the figure’s arm or to the midsection of the straps on his back.  It’s a great design choice which works effectively while doing nothing to inhibit the sculpt or overall design and silhouette of the figure.

In addition to the unique colorway and extra accessories, the main element that makes this Cap variant stand apart is the very cool deluxe packaging.  While most One:12 releases are displayed in a fifth-window box, Cap is packed in a circular tun container, modeled– you guessed it– after his shield.  When you open the lid of the pack, you can bear witness to a fun magic motion cover print, designed to look like the pod in which Steve Rogers gains his super-strength, which can animate the soldier’s instant evolution from sickly wannabe hero to straight up Adonis.  Remove this card and you can see Mezco’s figure and accessories in all their glory, packed in a layered format similar to previous One:12 figures.

Every aspect of the deluxe Captain America figure was impeccably thought out and character appropriate. From the packaging to the nuances of the figure itself, this might very well be the end-all, be-all ultimate Captain America action figure.  I thought I’d be content with Mezco’s take on the modern, more militaristic Cap, but I took a chance on this figure and in retrospect, I couldn’t be more glad I did.

The Deluxe Edition Classic Captain America is available now from Mezco direct, though in extremely limited quantities.  If you want to add this great figure to your collection– er, collective– Click Here to order yours now, while supplies last. 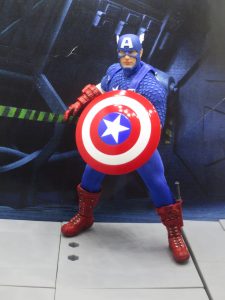 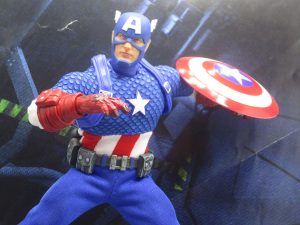 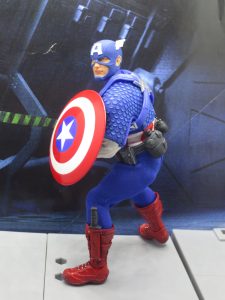 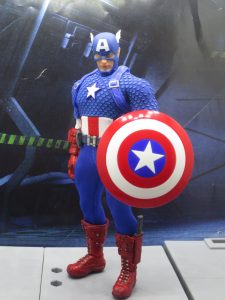 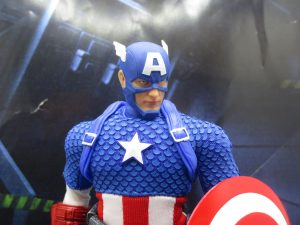 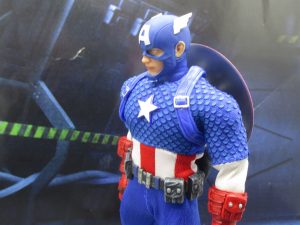 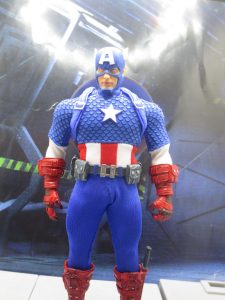 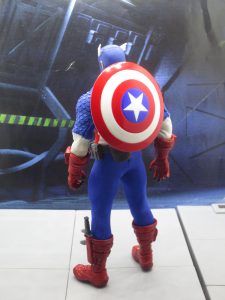 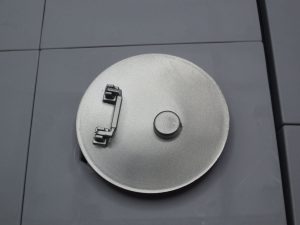 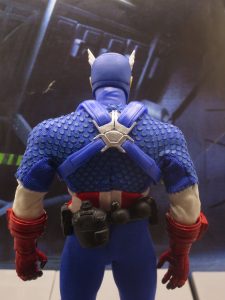 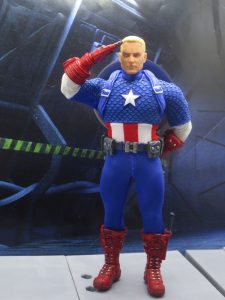 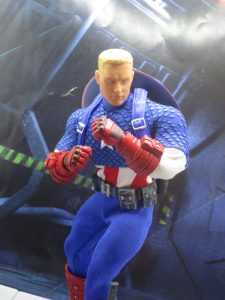 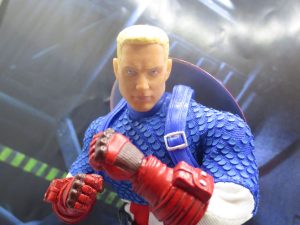 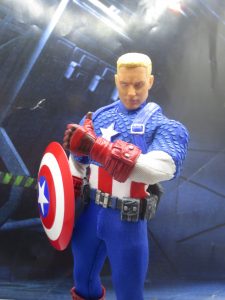 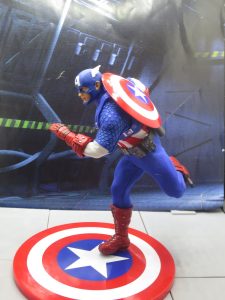 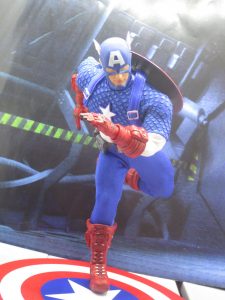 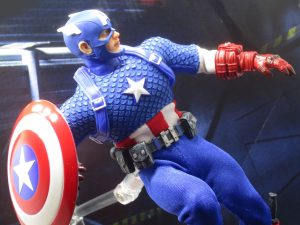 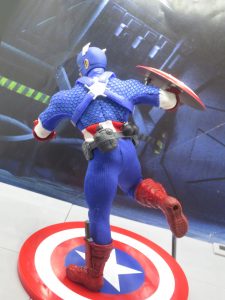 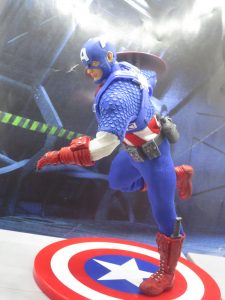 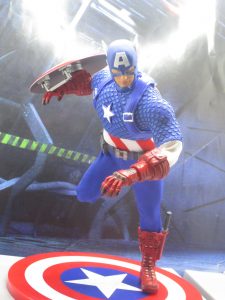 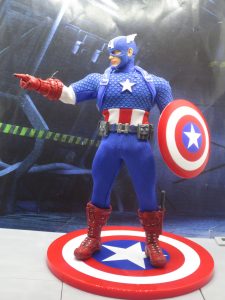 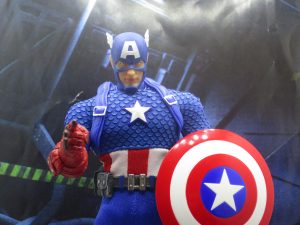 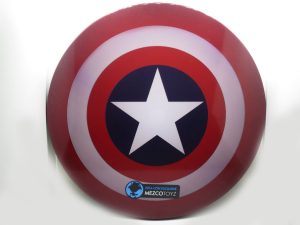 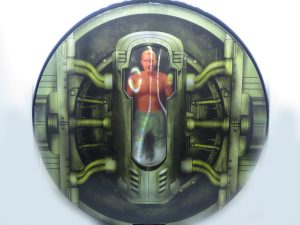 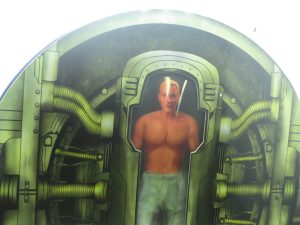 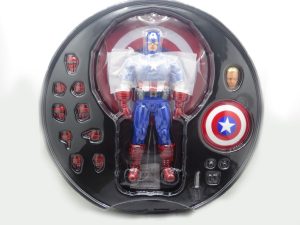 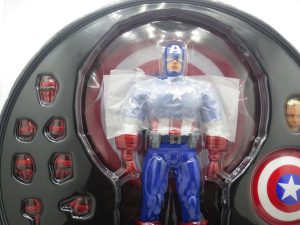