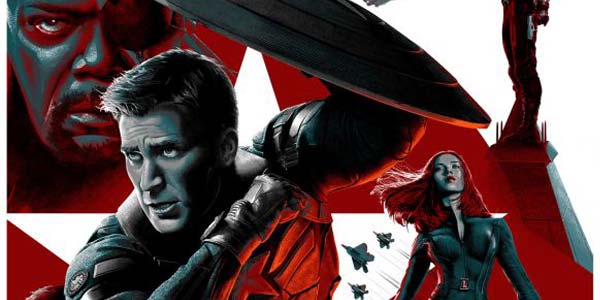 Captain America: The Winter Soldier is not only the best Marvel movie, but it’s the purest representation of what this amazing studio is capable of.

There is a lot to love in Captain America: The Winter Soldier.  The second solo outing for the star spangled hero pushes the boundaries of what a super hero movie can be, while also showcasing just how cohesive the universe Marvel Studio has become since it began with the first Iron-Man movie.  The Winter Soldier pays tribute to its comic book roots– particularly the “Winter Soldier” storyline by Ed Brubaker– but it expands what a genre movie can be, as a well-made political thriller in the vein of Three Days of the Condor, and through its surprisingly relevant real-world undertones.

It’s highly debatable what is and what isn’t a spoiler in this film, but I’ll avoid going into the well-mapped twists and turns of the plot.  The long and short of it– Steve Rogers, Captain America, is still struggling to find his place in the modern world, and he’s conflicted performing black ops missions with the intelligence agency S.H.I.E.L.D., whose motives– and leader Nick Fury– seem more questionable than ever.  As the truth behind S.H.I.E.L.D.’s new plan– policing the world via three massive, heavily weaponized airships– comes to light, Cap is quickly embroiled in a massive conspiracy, one that leaves him a fugitive with no one to trust.  Complicating matters further is the Winter Soldier, a mysterious and brutally deadly assassin with very personal ties to Rogers himself.

As Captain America navigates the sea of secrets in which he finds himself, he is joined by fellow Avenger the Black Widow, as well as a new ally, Sam Wilson (better known as The Falcon).  With his small team assembled, it’s up to Cap to stop the sinister plot being orchestrated by S.H.I.E.L.D. while discovering the truth about the mysterious assassin hot on is trail.

The cast is across the board excellent here– Samuel Jackson gets his own action scene to show us just how awesome Nick Fury really is, and Scarlett Johansson brings both a fierceness and vulnerability to Black Widow that makes her an even more interesting character than she has been thus far.  I was mixed on whether Johansson’s S.H.I.E.L.D. spy could carry her own movie before now, but after seeing her here, I want a solo mission for Natasha Romanoff as soon as possible.

New faces like Anthony Mackie’s Falcon and Emily VanCamp’s Agent 13 are welcome additions to the ever-growing Marvel universe, while villains such as Frank Grillo’s Brock Rumlo (better known in the comics as Cap nemesis Crossbones) and Georges St-Pierre’s Batroc are introduced perfectly, and thankfully not wasted in their first appearances on screen.  Robert Redford adds a sense of history and authority as veteran S.H.I.E.L.D. leader Alexander Pierce, and Sebastian Stan is perfect as the Winter Soldier, whose presence is felt throughout the movie even despite his limited screen time.  His face often covered in a mask, Stan conveys all the anger and pain in his dark killer through his eyes and his brutal combat skills.

But this movie belongs to Chris Evans’ Captain America, once again proving he might be the most perfectly cast hero of the Marvel universe, even amongst the stellar casting of his fellow Avengers.  There is an optimism and an innocence to this man out of time, but Steve Rogers is by no means a fool.  The version of black and white, right and wrong he believes in is simple, but it’s also completely logical and hopeful, which makes our hero very easy to root for.  The Avengers movie saw the spark of Captain America becoming a leader among his fellow heroes, and his commanding presence is only amplified here, as he charges into impossible and dire situations head-first and fearless.

As the truth of the Winter Soldier is revealed, Cap and the assassin’s multiple brawls become increasingly personal, tying the characters intimately to the amazing action on display.  And what action it is!  Directors Anthony and Joe Russo make great use of their comedy background (they are frequent directors on NBC’s Community), bringing a perfect sense of timing and pace to the entire film, especially the action beats, which are all easy to follow and increasingly engrossing.  One of the complaints of the early Marvel movies was how small the action and the story’s stakes were, but that is not the case for The Winter Soldier— with the security of the entire world in the balance, this might be the biggest Marvel movie of them all, and thanks to Cap’s relationship with his new enemy, and his idealistic worldview, that huge scale action has also never felt this personal and character focused.

While The Winter Soldier is one of the more intense and serious of Marvel’s movies, don’t think it’s a dour, Dark Knight-style affair.  There’s plenty of fun throughout, with a great mix of funny gags and some super-cool, jaw dropping stunts which set off huge cheers in my audience.  For the die hard comic book fans, we are also treated to more character references and nods than any other Marvel movie, teasing some of the great things on the horizon while never feeling cheap or forced.

In fact, if there’s one thing The Winter Soldier does best, it’s world building this exciting cinematic universe even farther– the same type bridging which caused early movies like Iron-Man 2 to suffer on their own have been replaced with smart, organic references which opens entire new avenues within Marvel’s silver screen world.  These can be as simple as a name drop in the dialogue or as elaborate as the incredibly exciting Avengers 2 tease that appears after the credits, but each moment brought a big smile to may face while never pulling me out of the story being told.

Captain America has been my favorite Marvel hero for a long time, and even after three movies I still find it incredible just how well Marvel and Chris Evans have realized this hero.  It would be so easy to make Cap come off as a total boy scout and a hopeless square, and yes, that’s very much part of his character.  But not a moment goes by where that gets in the way of what a genuine good dude he is, completely capable and brave and selfless and forever decent.  Our hero gets to prove how good he is during this movie’s entire run time, even in the direst circumstances, and he comes through just as inspiring and awesome as ever.  Captain America: The Winter Soldier the best Marvel movie we’ve seen thus far, for sure.  But it’s also one of the year’s best movies, period.