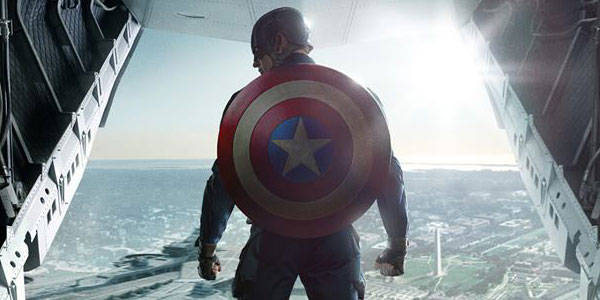 I guess I shouldn’t like this Captain America: The Winter Soldier poster as much as I do.  It follows the recent (and painfully boring) trend of heroes with their back to the camera, but something about this one just works.  Maybe it’s the smart focus on Cap’s iconic shield, a circle of red in the midst of the cool blues and greys of the rest of the image?  Or maybe the lack of photoshopped garbage floating between Cap in the open hangar of a SHIELD vehicle and Washington, DC below him?

It’s a cool shot, asserting the heavy SHIELD connection in this film and thankfully covering over much of the probably intentionally bad new Cap costume (I’m hoping rumors he tosses this one in favor of his First Avenger togs turns out to be true!).  We’ll know next April, or quite possibly way before then– this poster is surfacing now, a mere two days before the latest cap adventure debuts its first trailer.  Expect an update as soon as that bad boy hits. 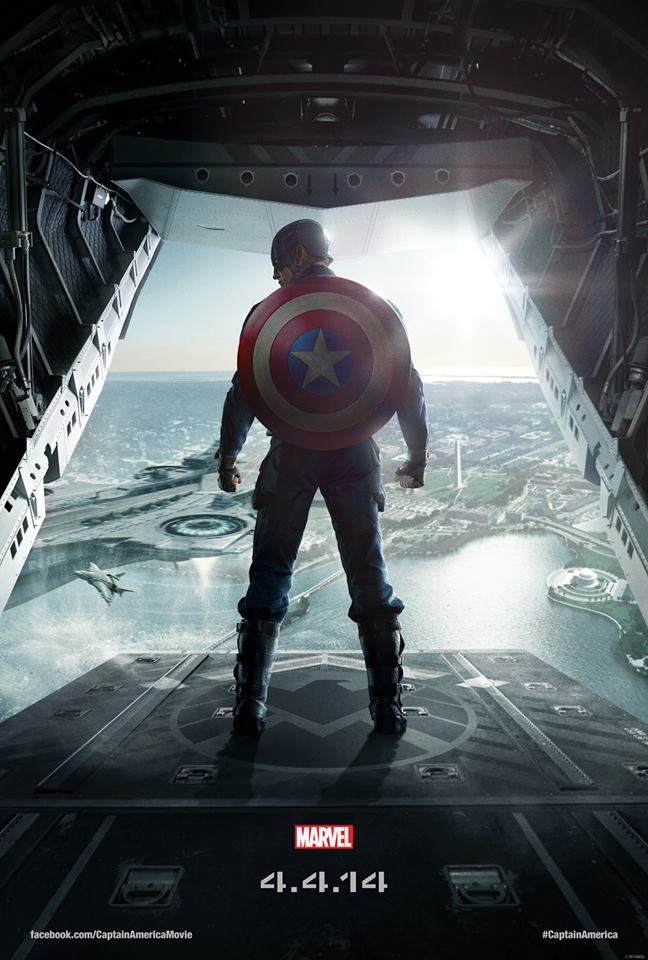