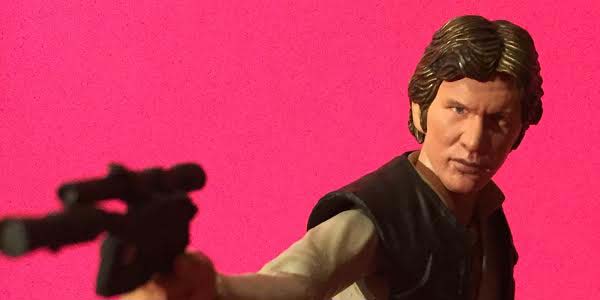 The scruffiest of nerf herders, the captain of the Millennium Falcon, and general of the rebellion Han Solo is here!

When this figure was shown at conventions it became a MUST HAVE for this line. With the addition of Han to the line only a few figures remain to have the original lineup represented by S.H. Figuarts. Chewbacca, R-2, and C-3PO are all set to release within the next few months, and only Leia and old man Obi-Wan remain to be made. Until then fans will have to mix the Black Series figures from Hasbro to fill in the gaps.

Tamashii Nations new scanning system really stands out here with this figure as the likeness of Harrison Ford is uncanny. There have been some reports of paint errors and some defects to the nose on some, but the few that I have personally seen do not suffer from this issue. Han Solo comes with three right hands, two left hands, a blaster, and an empty holster. The holster connects to the right leg via a peg hole in the leg. The holster that is already equipt has a blaster in it that cannot be removed. it is only for display.

The articulation is awesome on this figure. I did find the holster to pop off at some points but it is easy to put back and the soft plastic leaves you with peace of mind that it will not break. The paint is fantastic on this figure, There is even chest hair that looks very real. The attention to detail is what you expect from Tamashii Nations and S.H. Figuarts. Harrison Ford has a distinct head that is very hard to capture in action figure form. Even Hot Toys had a rough time with the scans. The Figuarts version is spot on but at some angles, it can look off. 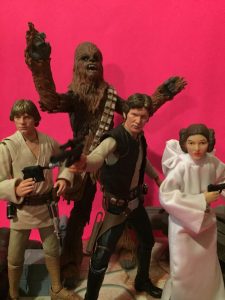 This Han Solo figure has limitless playability and looks amazing as well. This is most definitely a WIN for Tamashii Nations and the S.H. Figuarts brand. JQ gives Han Solo a 9/10….Cannot wait to see how Chewbacca fits with this line. 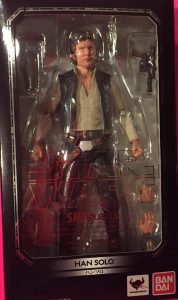 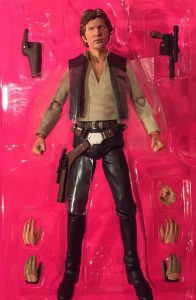 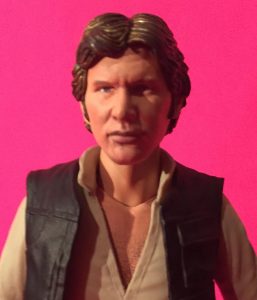 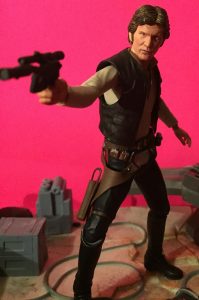