The Many Faces of Harvey Dent 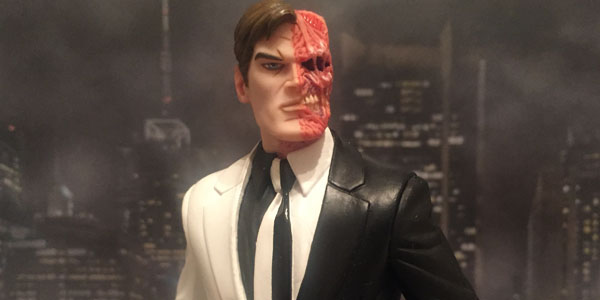 So just how many ways can you disfigure a face? DC Collectibles adds yet another figure to the dozens of Two Face figures produced over the years.

The designer series continues the style started years ago when DC Collectibles was DC Direct, artist or story line specific figures. This current line of Batman figures is based on the art of Greg Capullo and his run on the Batman books. Two Face does not have a lot of articulation points, mainly due to the suit body. Typically any characters who have a suit as their main look suffer in figure form, but the sculpting work on the figure makes up for that. The main feature of the figure though is the head sculpt, it makes up for the lack of posing for the figure. Most of the time Two Face is shown as a burn victim or having a melted face, in this design it shows off the under muscle fibers because skin has been burned off. This new take on the decades old character makes it a worth while figure to pick up.

Unlike other figures of Two Face his coin is molded into his hand, making sure we don’t lose it. He comes with two guns, but there might be the weakest part of the figure. They are too small for him to hold and because of the molded coin, he can’t hold the second gun. It is a small nitpick, but work mentioning.

This is a nice addition to the Batman lines, and while he is based on the Capullo art he can fit in with any Batman line of figures and become your standard Two Face. 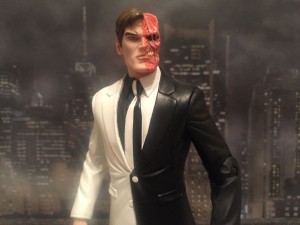 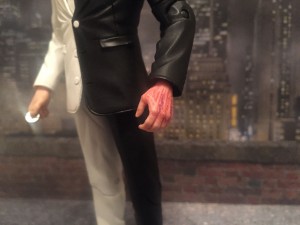 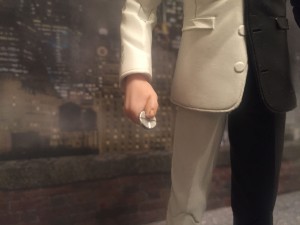 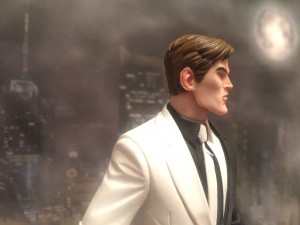 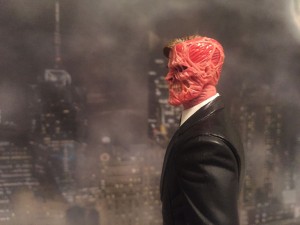 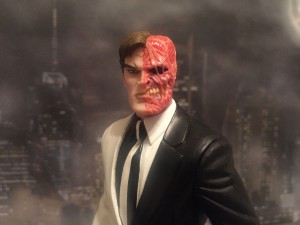 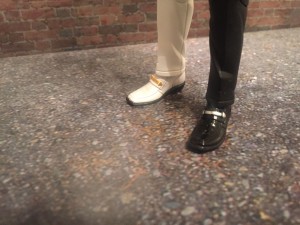 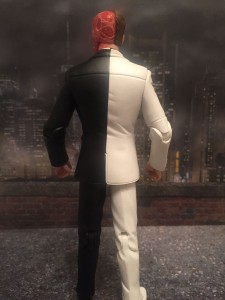 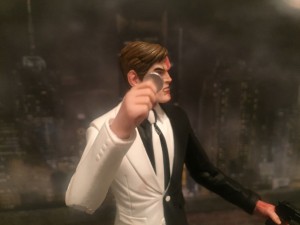 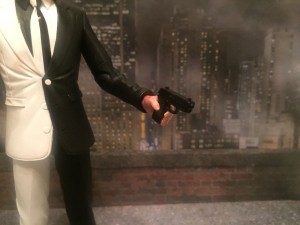 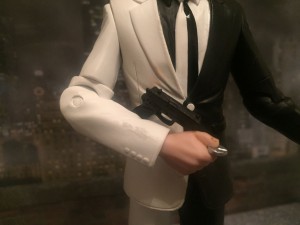 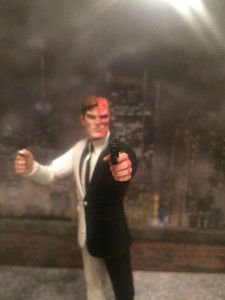 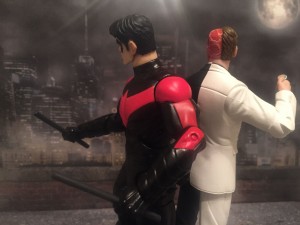 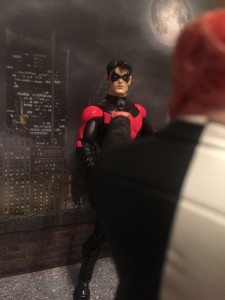 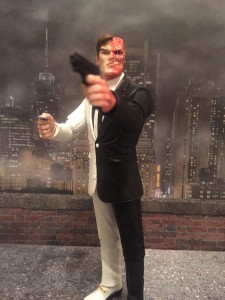 Thanks to DC Collectibles for this review sample.