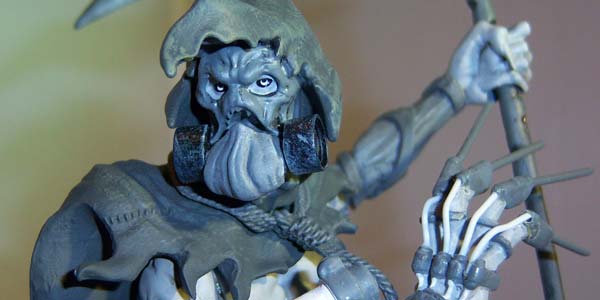 A few weeks ago, DC Collectibles released a Batman statue from the Black and White series based on Carlos D’Anda’s concept art from the Arkham Asylum video game that was not far off from the original release. Here is D’Anda’s version of Scarecrow and I have to say it’s very haunting to look at.

The Batman: Black and White series of statues keeps on coming and with the arsenal of Batman styles and rogues out there, this series can live on for a long time. I was impressed with D’Anda’s Batman statue, and now looking at his Scarecrow makes me even more of a fan of his work.

Scarecrow stands approximately 8″ tall from base to the top of the scythe. His cloak is sculpted with extreme detail to mimic a potential strike against Batman. The rips, tears, and holes in the cloak give it a disheveled yet menacing look. The original design in the Arkham Asylum game did not have a cloak, just a hood and a tunic that covered his shoulders, and more recently in the Arkham Knight game, Scarecrow has a more Pinhead meets Sith Lord look to him. Here in the concept statue, we can see the fear toxin tanks on his arm are larger, and rest on his forearm, as opposed to the final release where a single tank was connected to the fingers that had mini tanks at the injection points.

This statue is menacing and intimidating. The mask– aesthetically speaking– is better in the final version but scary nonetheless on this concept art version. When they chose him as a villain, D’Anda and the Arkham team did their homework on making this cat scarier than we have ever seen him.

I am a total a BIG fan of this statue and even BIGGER supporter of this series. They look amazing together and to agree with what our very own Khalil (who just reviewed DC’s new Superman statue) said; Batman works better in the black and white monotones.  It is here where the the simple yet detailed look continues to make this statue series a must have for any and all Batman fans! JQ gives this statue a 8/10. 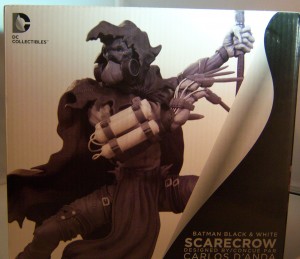 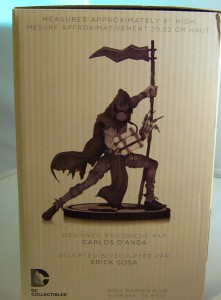 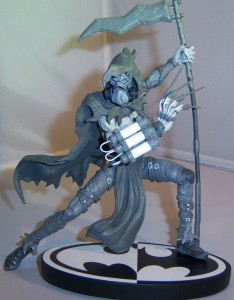 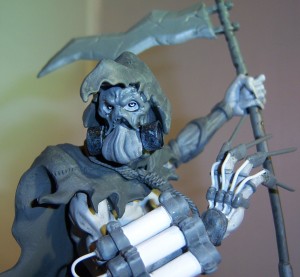 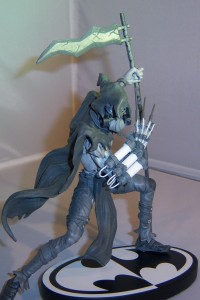 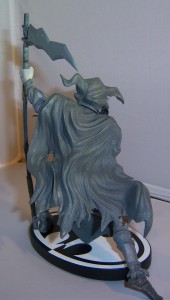 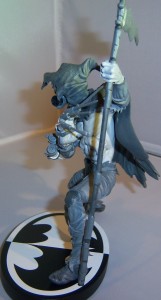 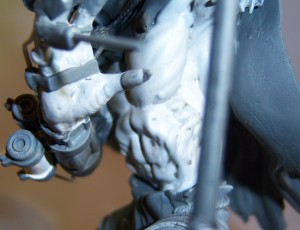 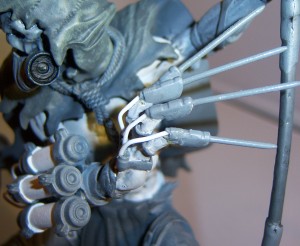 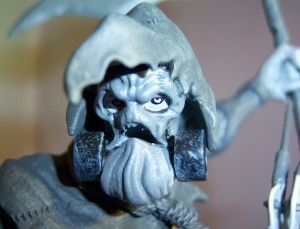 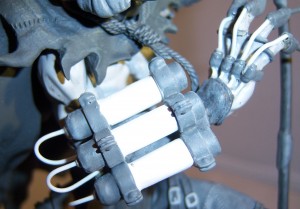