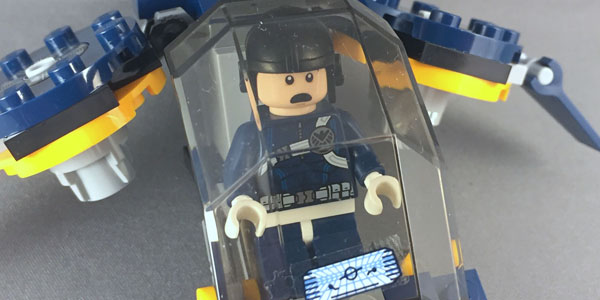 One of the most violent Marvel villains is now a cute Lego Minifigure with Ultimate Spider-man on his tail.

With Civil War sets filling the shelves at stores this set from last year is starting to fade, but worth getting before it is gone. This is a small set has just enough to make it a set collectors will have to have in their collections.

The three minifigures are worth the price of the set alone, so the build is icing on the cake. The build is small and simple, a S.H.I.E.L.D. hovercraft, but the detailing on the build is impressive for such a small set. Usually smaller sets like this have a base like build or a simple vehicle, but this feels more like a larger set build with the design of the craft.

The S.H.I.E.L.D. Agent has a two sided head, one happy face and one panic, thanks to the killing machine that is Carnage. The red symbiote looks great for a minifigure, and has the same back harness that Venom has come with in the past. Carnage is a big character in the Spider-man world, but to see him as part of a LEGO set is a collectors dream. In the comics he is a pure killing machine, so if he can be made into a minifigure it gives hope that any character can be part of this line. The final figure is the Miles Morales Ultimate Spider-man, a character that everyone though of as a stunt, but turned out to be one of the best versions of Spider-man in the character’s almost 50 year history.

Overall this is a solid set for the price, three minifigures and a build is great deal for around $10. And if you want an army of S.H.I.E.L.D. Agents this could be an army building set, if you can find it on clearance. 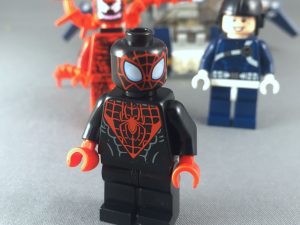 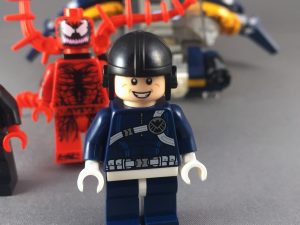 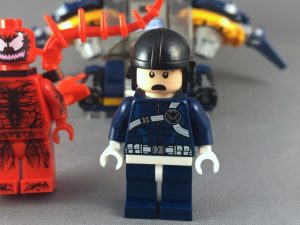 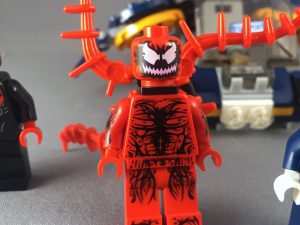 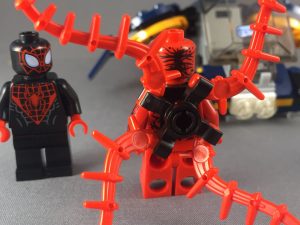 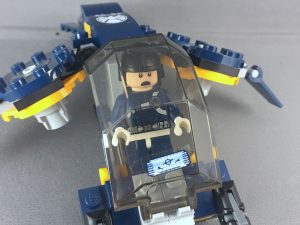 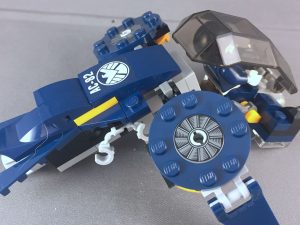 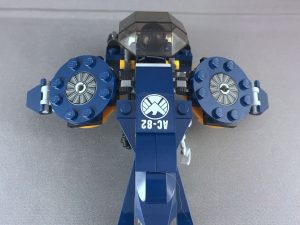 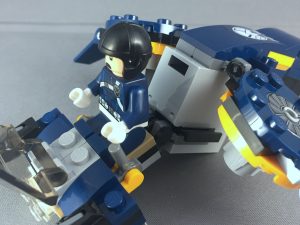 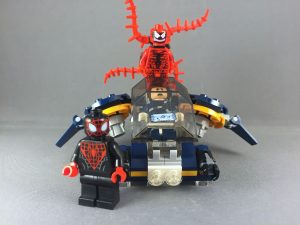