Castaspella Is The Best Princess Of Power Ever 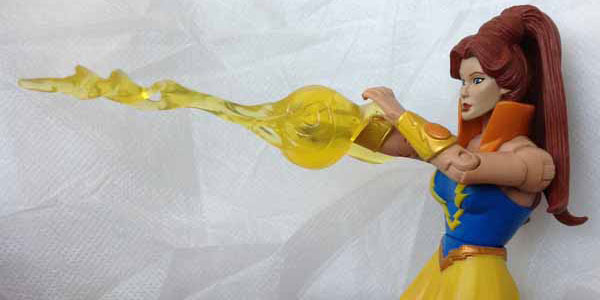 Castaspella is the August Masters of the Universe Classics Club Eternia entrant, and the second Princess of Power figure for 2013. It seems as though with every PoP release, there is some outcry or controversy over their execution. This time, however, no matter what fault one can find with her, it ultimately cannot detract from the fact that she is the best executed and strongest Princess of Power figure to date.

Casta has a great amount of new tooling, taking design cues from the Filmation style guide once again. Knowing the toy details are more intricate than the cartoon, this time a beautiful amalgamation in design was sculpted incorporating both the vintage doll designs of the gauntlets and spinning wheel and the Style guide palette, boots and outfit. The colors are rich, and the orange of her collar and belt had traces of gold added, pleasing both parties who preferred one color over the other. 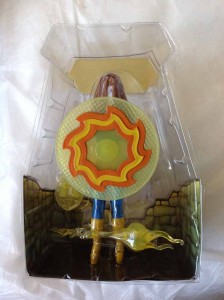 Her gimmick is her spinning wheel, and as a magic effect, it suits the job nicely. It clipped to her waist, rather than her back. For me this was not the best choice, especially give other PoP figures could have benefited from a tooled back with a plug-able hole, like Angella, Flutterina, or Peekablue. At least to place it in the proper height behind her, the clip should have used an L-shaped clip. As it is now, it’s not too low and the wheel does move, albeit not freely. The prismatic sticker of the old wheel has been thankfully replaced with clear yellow plastic, patterned in a similar way to elicit the same effect. It’s so much nicer, and something I wish they would correct on Bubble Power She-Ra and She-Ra. It can be removed for display options for either toy style or toon style. I see it as another magic effect, and not a physical wheel to me, so both work. Her other magical effect is a magic blast. This is an accessory that needs to be recast in many, many colors for our beautiful Etherians!

Every female to date was met with some warranted level of scrutiny, but now we have one beautiful magician that is ornate enough to stand proudly next to the other Heroic Masters. Teela might need to make room, but Castaspella has the distinction of being a PoP character with enough going for her to rumble with the boys. At the very least, she can keep Shadow Weaver at bay! If this is how the PoP figures will look, then fence sitters, don’t think twice: just buy a sub! 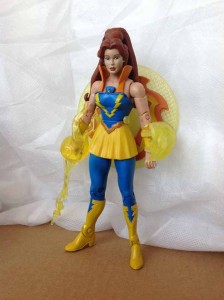 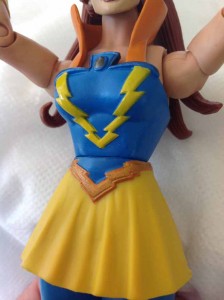 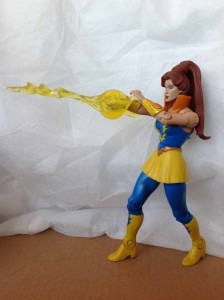 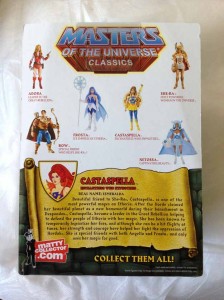 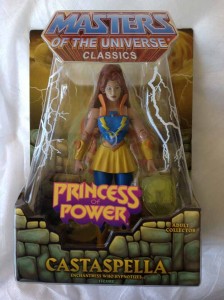 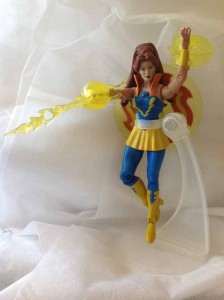 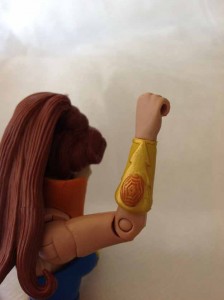 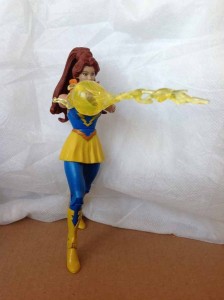 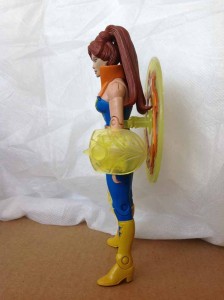 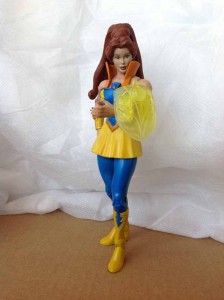 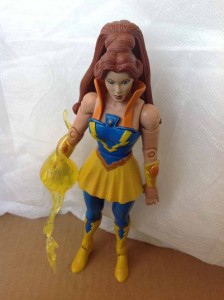 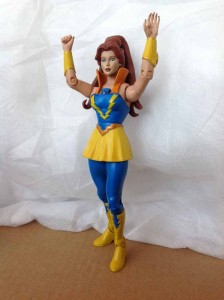 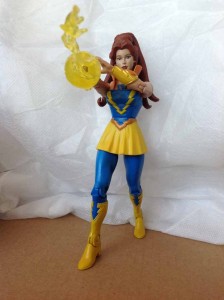 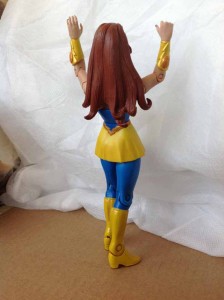