Castle Grayskullman Channels The Spirit Of Masters Of The Universe 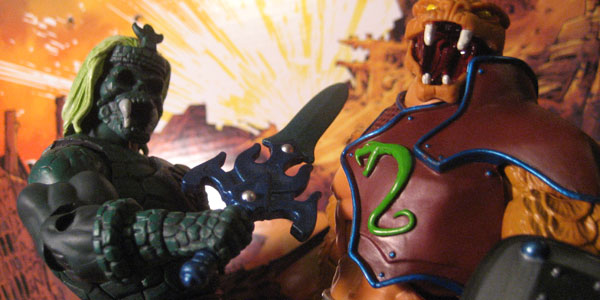 Castle Grayskullman rounds out the 30th Anniversary– and November’s Masters of the Universe offerings– in an amazing way.

Easily the best release since Draego-Man, Castle Grayskullman’s design seems simple yet has the mature imagination that the last three releases lacked. The flag swords, the emblem, the metal band, monster-esque visage, the heavy-looking shield… just everything is so basic but it completely works so well. I will have sour grapes and say my figure entry easily played on this level, but all I wanted was a character that I would be happy to own and embrace as part of the mythos. I admit I have a lot of trouble doing that with four of the six entries in the 30th Anniversary. 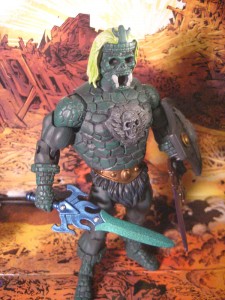 So is Castle Grayskullman a spirit possessing stone? Is he a golem controlled by the Sorceress on a last-ditch effort to protect the Power of Grayskull? Is this creature one of an army? I ignore the bios– This guy just FUELS my imagination, in the same way getting all those new characters did with the vintage line back in the 80s.  Castle Grayskullman is a cool-looking and fun toy, and one that completely captures the spirit of Masters of the Universe– that’s all I could ever ask for with this excellent new hero.

Save for Grayskullman, November’s Masters of the Universe figures aren’t the most dynamic.  But between a figure as cool and exciting and fresh as Castle Grayskullman, and solid background characters like Dekker and the new Randor give us hope that long-awaited characters like Shokoti, Filmation Hordak, and Lizard Man JUST might be around the corner! 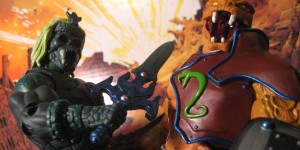 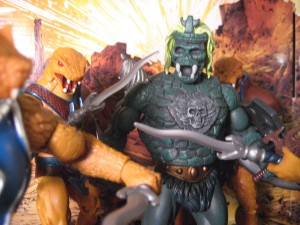 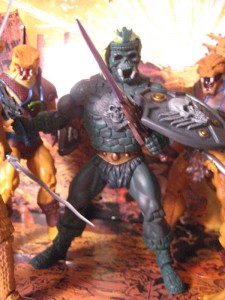 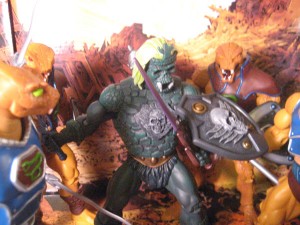 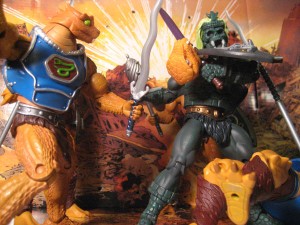 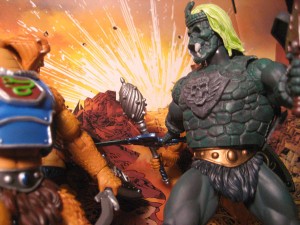 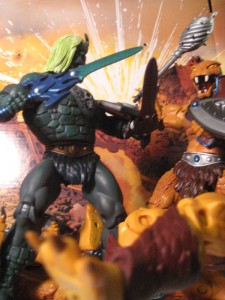 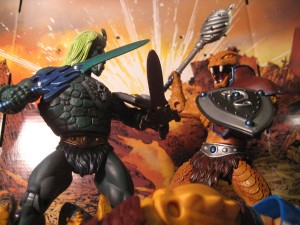 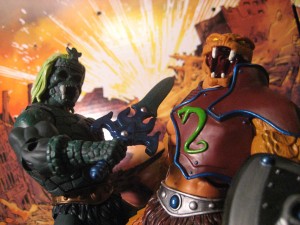 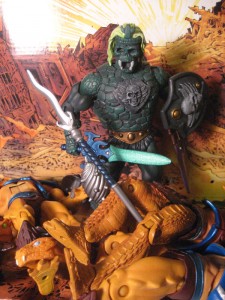 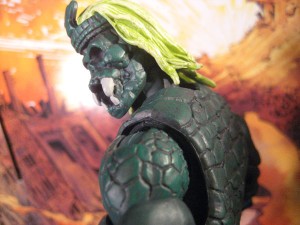 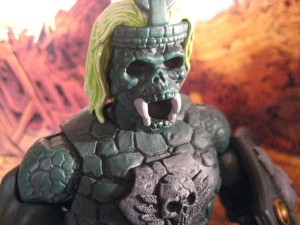 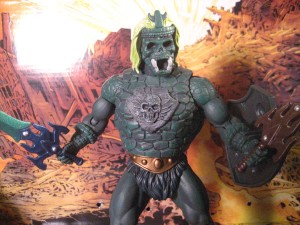