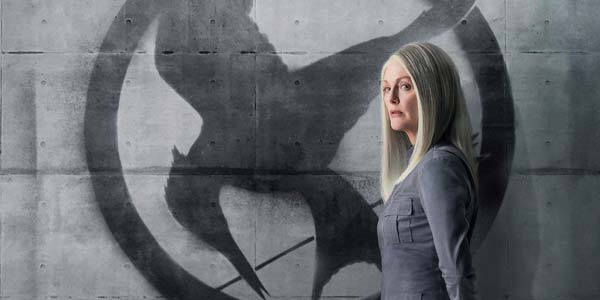 The cast of Catching Fire paints the town grey in new poster series.

I have really enjoyed the marketing for The Hunger Games: Catching Fire Part One so far.  There’s a confidence in how offbeat everything has been, from the early President Snow-centric propaganda stuff, to the recent teaser trailer which featured basically everyone except our now nearly-mythic hero Katniss.

The new character posters keep this trend going– instead of Jennifer Lawrence’s lovely floating head, we instead see six of the supporting characters, the backbone of the revolutionary District 13, each standing in front of a fortress-like, slate grey wall.  These images are very minimalist, all long shots of the characters, clad in grey not unlike the wall they’re standing on, but they’re quite striking in their own right.  I’d imagine they’ll be even more eye catching seeing them in the movie theater lobby– the simple designs and neutral colors will (sort of ironically) jump out amidst the typical flames and explosions and photoshopped mayhem and painterly close ups of actors’ backs that decorate most theaters these days.

Catching Fire Part One comes out in November, and it’s certainly near the top of my must-see list… Let’s hope the movie itself measures up to the fantastic ad campaign we’ve been treated to in the meantime. 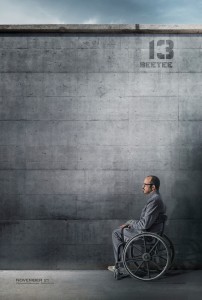 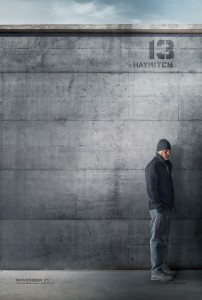 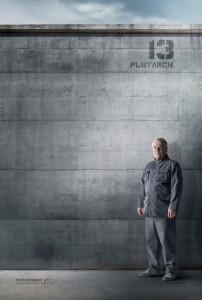 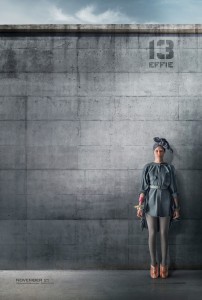 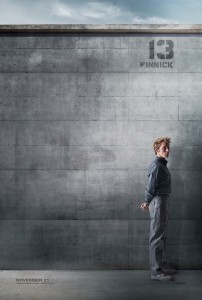 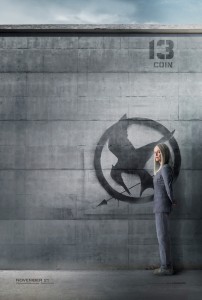