Catwoman ‘Returns’ to the DC Multiverse 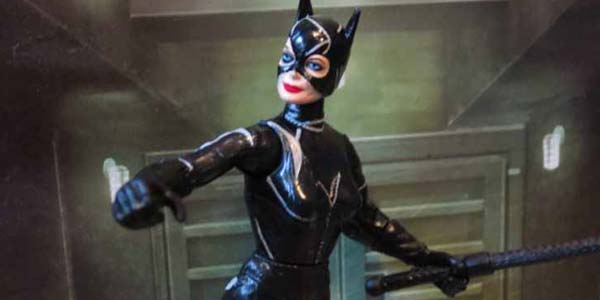 The third installment of classic movie-based DC Multiverse figures is hitting retail, and it includes our second Gotham rogue, Catwoman, as seen in Tim Burton’s Batman Returns.  Batman’s other nemesis, The Penguin, turned out to be one of the finest figures in this toy series, but while Catwoman isn’t terrible, I’m sad to say she’s nowhere near as good.

Let’s start with what works– the all new sculpt is quite nice, with a great new articulation model that reminds me a lot of Hasbro’s Marvel movie figures (pre-5 point of articulation dumb-down).  Catwoman features a ball neck, ball shoulders and hips, hinged elbows and knees, a swivel waist and thigh and forearm cuts.  This allows for lots of cool posing options, and each joint has a good range of motion.

The figure’s sculpt includes quite a bit of detail, focusing on the fetish gear-esque basis of Selina Kyle’s outfit, but while it sports the tears and rough renderings which adorn the costume, it lacks the stitching which I feel made this version of Catwoman so unique.  This could have been achieved with some more paint apps to approximate the stitch work, but without it, Catwoman looks a little plain, despite the nice work in the sculpt.

Paint, I think, is really the downfall of the whole figure.  While the black suit has a nice glossy finish to represent the leather style costume, the face looks off thanks to some heavy handed paint apps.  Selina’s skin is way too rosy for the pale-faced movie character, and her eyes are painted slightly too big, making her look cartoony and betraying the very nice Pfeiffer portrait underneath.

These flaws non withstanding, Catwoman is a nicely made figure, and she includes her whip accessory, which she can hold in either hand.  It’s a good choice, although I’m disappointed that both hands are sculpted to wield the weapon– the original prototype featured an open-palmed left hand, which showed off Catwoman’s claws.  I think that hand would have made the figure a bit more visually dynamic than two fists.

I’m happy we got this character in the collection, and I’m holding out hope that Mattel is landing Jack Nicholson’s likeness rights to round out the Tim Burton corner with The Joker.  In the meantime, I’m more than happy to have both villains from Returns in this series, and while Catwoman isn’t as great as Penguin, she most definitely still earns her place. 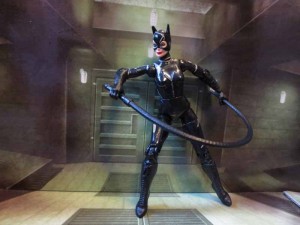 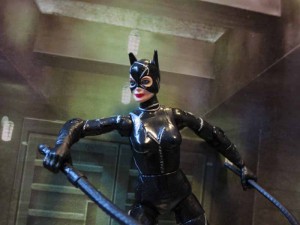 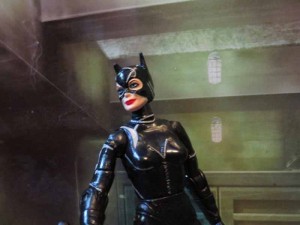 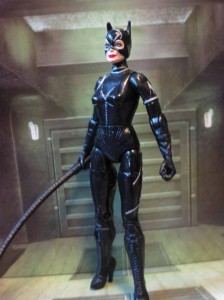 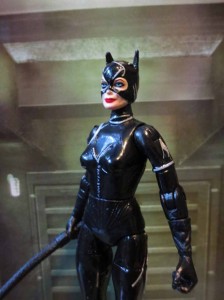 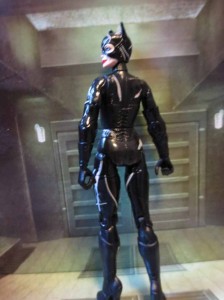 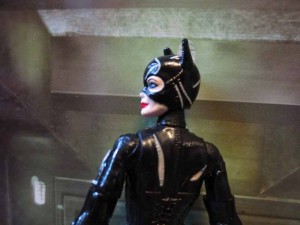 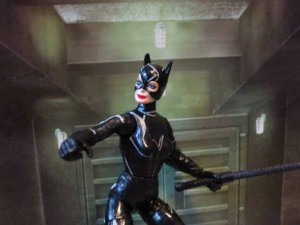 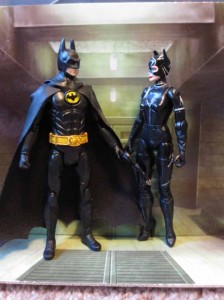 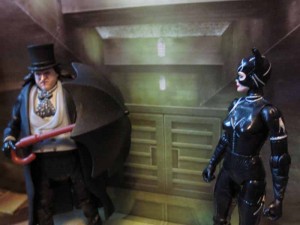