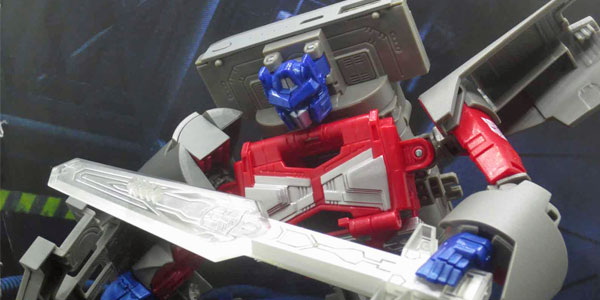 The HASCON exclusive Autobot hero features his most useful transformation ever.

We’re truly living in a golden era of action figures, with more and more modern and classic toys readily available that play into our nostalgia, spotlight the best new properties, or deliver the sort of products we could only dream of when we were kids. But the downside of these spoils is the sheer volume of cool stuff just begging to be bought.  How do we manage the volume of our toy collections, balance our budgets, and make sure our shelves don’t wind up looking like something out of hoarders?

I’ve got a few tricks I use when it comes to collecting, but one of the top is this– aside from being a cool toy, is there another use for this thing? It’s how I justified picking up the awesome Black Series TIE Fighter (which I’m turning into an end table), and more succinctly, it’s why the HASCON exclusive Optimus Prime Power Bank immediately caught my attention. 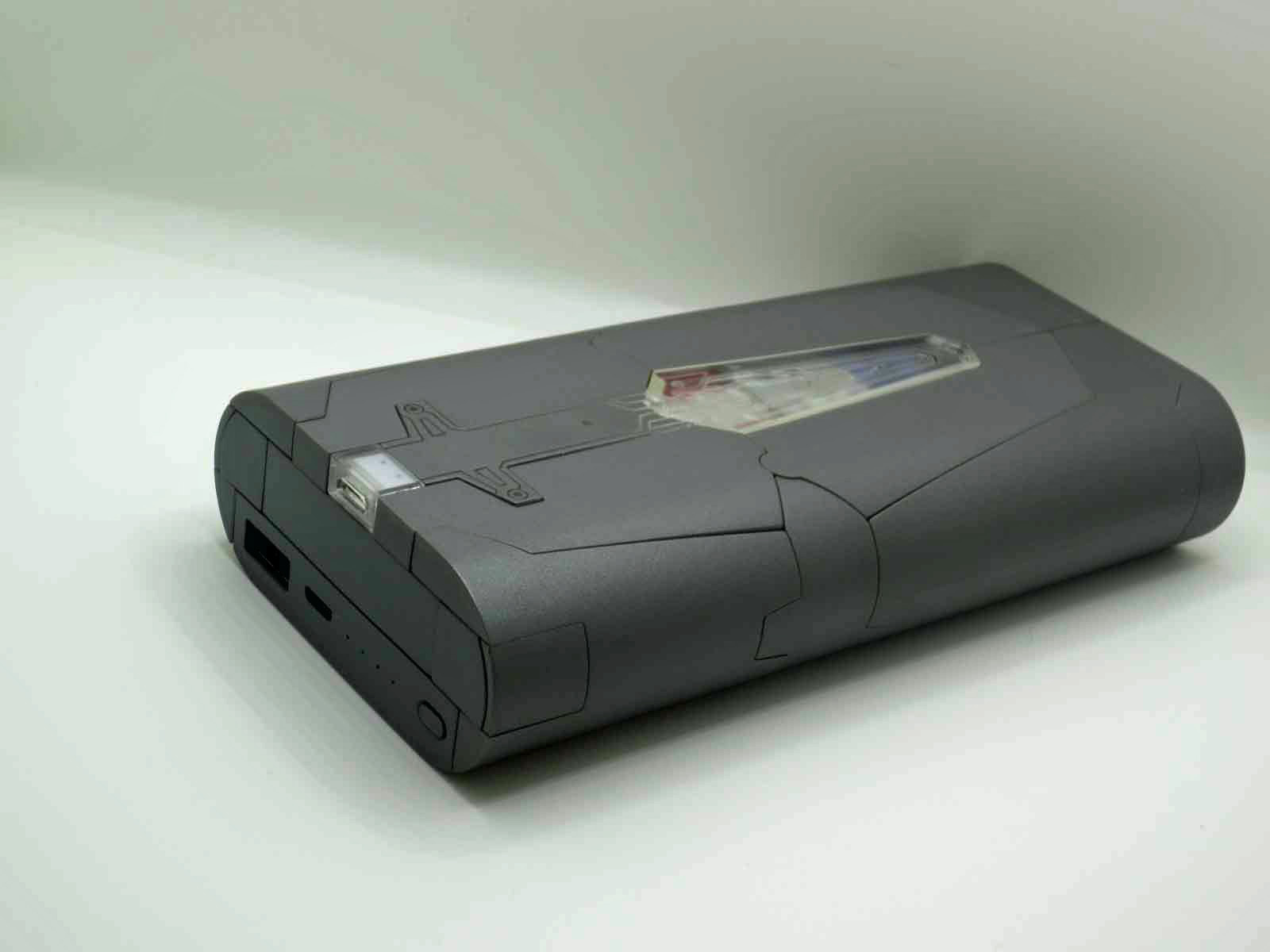 This is a unique Transformers action figure, in that it follows the typical rules of a Transformer, while serving a practical purpose when not in robot form.  Instead of a Mack Truck, this version of Optimus can change into a fully functional power bank, complete with 6500mAh of battery power. It’s a great concept, and the added value of a new power bank made this $50 Transformer a fully justified purchase in my opinion.

Optimus is packed in a stark white box, which reads like a riff on Apple products, with an Autobot insignia on the outer slipcase and an illustration of this version of Prime on the inner box. Inside we find the figure in his power bank mode, complete with micro USB.  Once out of the package, it’s a 16-step process to transform Optimus into Robot mode. Most of those steps are fairly smooth and simple, though I had to mess around with his chest to get the aligned correctly. Due to the battery that makes up his back, Optimus’ chest is a flat piece which bends on a few hinges to create a 3D effect out of what is, essentially, flat plastic.  Once completed, the effect is there, despite the gap that runs through the figure’s torso when viewed sideways.

The figure’s arms and legs fare much better, and make for a cool looking new version of our hero. The grey out casing of the power bank splits to form some boss shoulder, forearm, and leg armor that gives this Optimus a unique look, and it’s accentuated by his translucent energy sword and a shield that can convert into a set of jet wings for an alternate look. 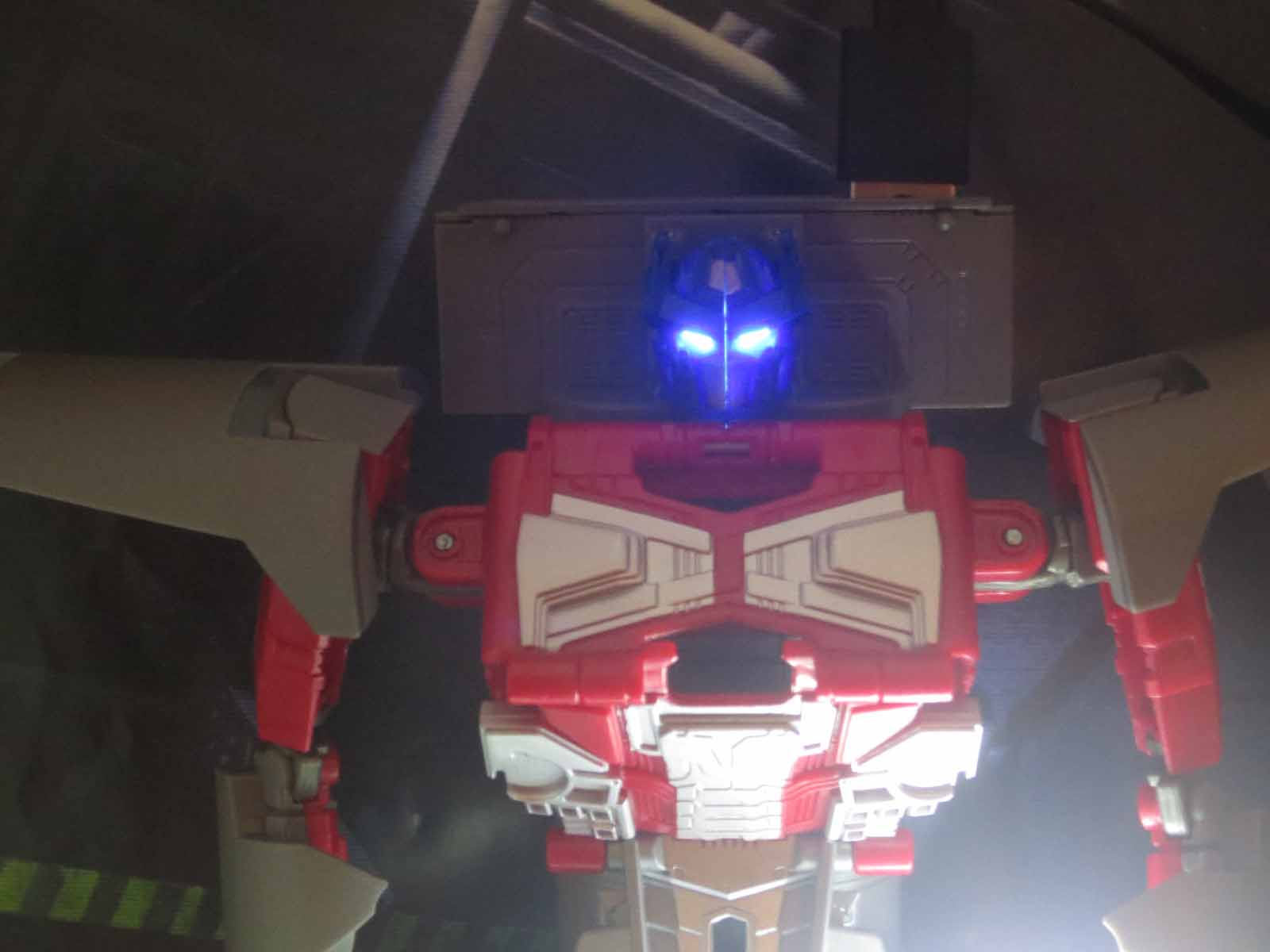 Aside from the stiff torso and lack of head articulation, Prime features a decent range of articulation, including ball shoulders, hips, and ankles, as well as hinged elbows and knees and swivel wrists. It’s not exactly super articulated, but you can hit a number of poses all the same, and he’s remarkably fun to play with. As an added bonus, Optimus’ eyes glow blue when your device is plugged in to be charged, or when connected to his energy sword via his battery “backpack.”

If I had a genuine criticism, it’s Hasbro’s decision to make this figure a variant of Optimus Prime, instead of introducing a new character whose main transformation was into a power bank from the start. I believe a brand new character would have held an even wider appeal to attendees than a fun take on an A-lister, expanding the Transformers toy universe deeper instead of feeling like a novelty.

Still, this fully functional power bank Optimus is a clever idea, a logical expansion on the cool but ultimately function-less Tablet Soundwave.  I can certainly forgive this Optimus his few small design flaws for the sake of that ultra handy working power bank… and the sheer among of fun packed into this robot in disguise. 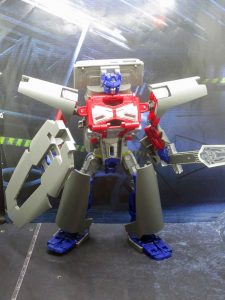 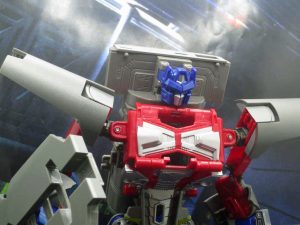 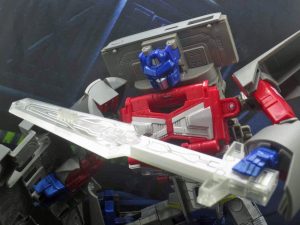 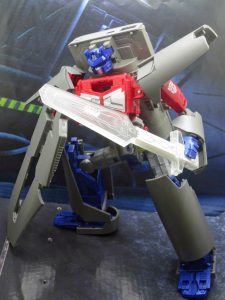 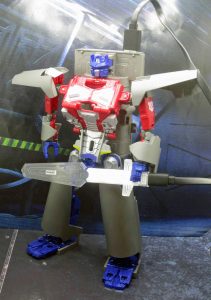 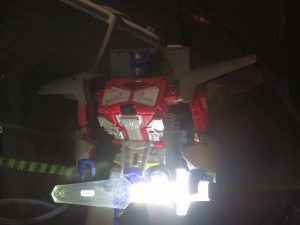 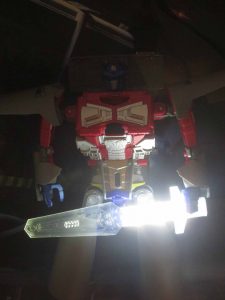 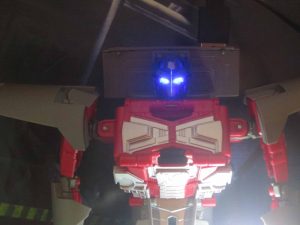 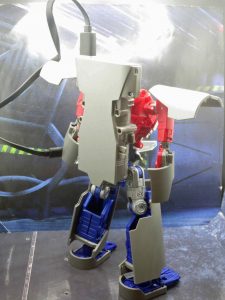 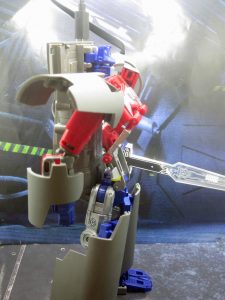 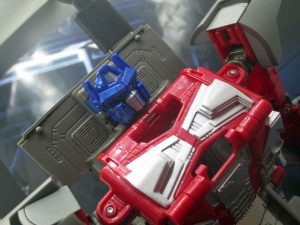 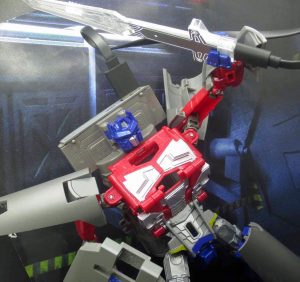 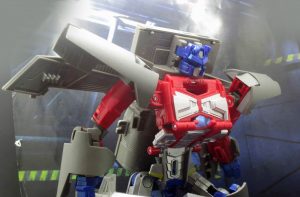 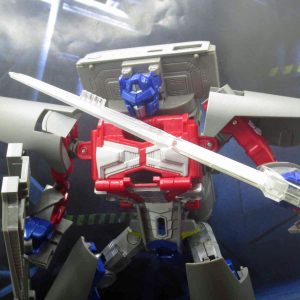 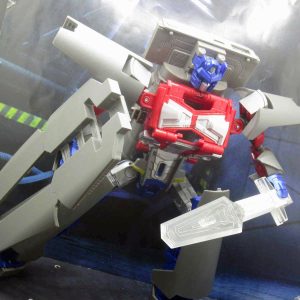 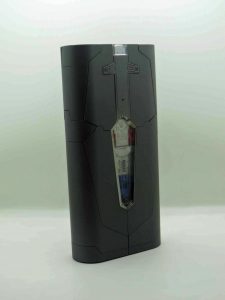 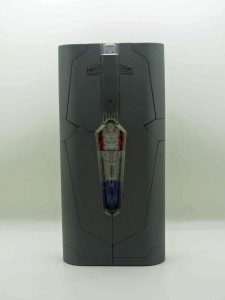 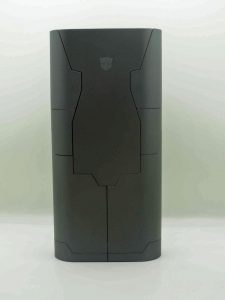 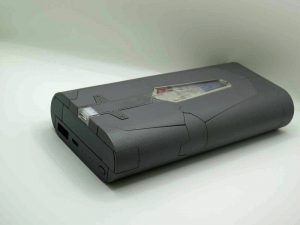 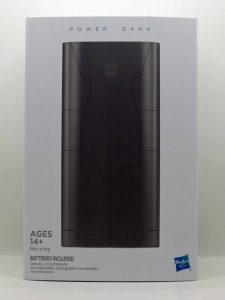 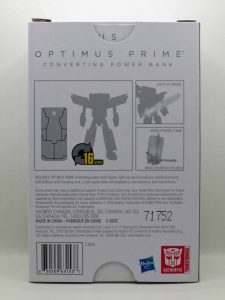 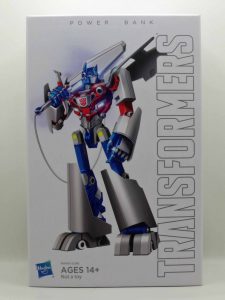 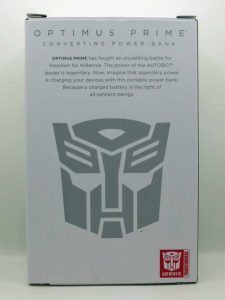