Check Out HELL NO, The World’s Most Sensible Horror Movie 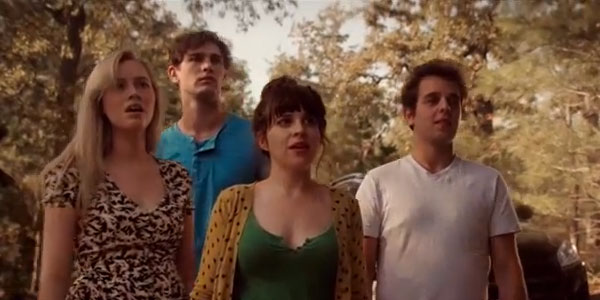 What would a horror movie be like if the characters all made reasonable decisions?

Joe Nicolosi is a filmmaker from Austin who’s done some really fantastic short films.  He’s the guy behind the viral hit The Matrix Retold By Mom, and he’s done other classics like the Mario Bros. Indie Film Trailer that are smart, funny and completely on point.

His latest is another fake film trailer, this time for a scary movie in which the characters do NOT make the stupid decisions that so often get the ball rolling on whatever horrors are to come.  Hell No examines the inherent silliness in horror, as its characters do remarkably unnatural and dumb things necessary to kick off the plot, and his trailer skewers many corners of the genre.

Of course, we need those characters to make those bad choices, because otherwise, what would be the point of watching?  It’s an un-changeable rule of the format, but twisting it the other way makes for a very funny short.

Check it out here: